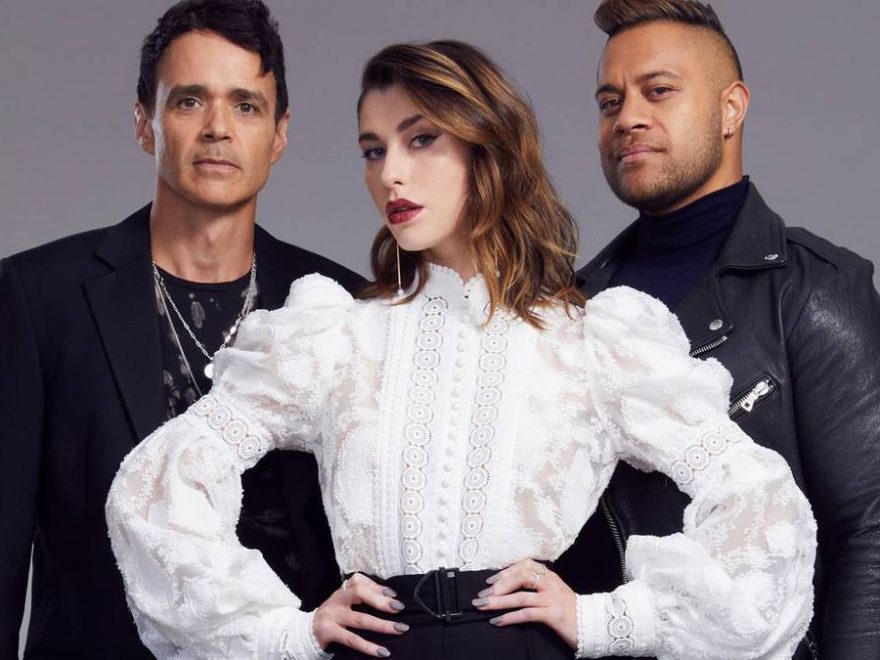 The Popstars top four have been put through their paces and now one musician is $100,000 richer.

Popstars panellists Kimbra, Vince Harder, and Nathan King auditioned several hopefuls across the country hoping to make their mark in the pop music industry. After a string of performances at some of Auckland’s iconic music venues, it was down to just four acts: Girl group A.R.T., TJ Zimba (aka ZExll), Skye Hine and Christabel Williams.

Each had released brand new singles last week as a part of the competition and were nervously waiting to see who the panellists would crown as the winner at Auckland’s Q Theatre tonight. The finale special was hosted by ZM host Bree Tomasel.

The Popstars viewers tonight saw the ups and downs of the competition playback – there were friendships, tears, and too many astounding performances to count. When it came to announcing the winner, the Popstars 2021 crown could have gone to any of the young performers- but there was one contestant who clearly stood out to the judges from the beginning.

Kimbra announced Christabel Williams (artist name Christabel) as the winner. The 20-year-old from Auckland walked away with $100,000 – a cool amount of cash to kickstart her professional music career.

Speaking backstage after both the confetti and the shock had settled, Williams was elated about what was ahead for her. One of her biggest lessons she gained wasn’t just the mentorship and professional advice, but something much more personal.

“I’m just blessed,” she told the Herald. “I feel so proud of everyone else as well, they’ve come so far.

“Now, I can put all my focus into my music and what I want to release,” she added.

Williams was the first audition TV audiences saw when they tuned into the Popstars reboot, made famous in 1999 when girl group TrueBliss were put together. While the 2021 version is a lot different to what audiences saw in the 1990s, the core aim of the show remained the same: unearth a pop music act worthy of fame.

She candidly admitted to the Popstars panel during her breathtaking audition she has severe ADHD. She wowed the judges with her voice, which has an incredible tone.

But it wasn’t a smooth ride through to the finals – she faced disappointment and technical difficulties during some of her performances and was the only contestant in the top 12 who didn’t receive a Gold Pass throughout the competition. But she channelled that energy into a moment that cemented her as a worthy star.

“It’s not something you should be ashamed of at all,” she says, speaking about ADHD and her decision to be open about it from the first moment of the competition.

“I’m really proud of the fact that I can overcome things. I’ve literally just proved to myself, and everyone who doubted me, that I can do this, you know, so I hope it helps them,” she added, explaining the impact she wants to have on others who may relate to her journey.

The biggest lesson Williams learned over the course of the competition was that she was her own obstacle. When asked what her main takeaway was from the reality show, she says: “You are your biggest critic.

“When you really care about something, it’s already beautiful. So like, don’t worry about what other people say,” the singer says.

“Watching it all back has been up and down and very ‘rollercoastery’, but so self-soothing at the same time.”

Williams realised watching herself back on television that she had nothing to worry about when it came to her talent. When she was faced with the possibility of not making it into the final four, she channelled her determination into her moody performance of the original track Still See Scars – and the judges certainly took note of it as the moment she came into her own.

So what does life after Popstars with $100,000 in her bank account look like? Williams says her first priority is catching up on sleep and celebrating with her friends and family, but from there she wants to hit the ground running with her next releases. Her single If You Ain’t Looking was top of the NZ iTunes charts at the time of writing.

“I mean, there are plans, but I don’t know what to do first! Basically, I have to decide. I’m very indecisive,” she laughs.

The contestants became a makeshift family during their time on the show, and it was evident the journey wasn’t over for the three acts. Sixteen-year-old Sky Hine and TJ Zimba spoke about how they clicked as collaborators, and A.R.T. was confident to keep pursuing performing.

And Williams thinks that is Popstars’ point of difference. She is thankful for everything she learned along the way, plus the connections she made with the other artists.

“It’s not every day you get to go into something [Popstars] this legit and heartwarming. It’s not just television. It was a big realisation for a lot of people.”

• Catch up on Popstars on TVNZ OnDemand.