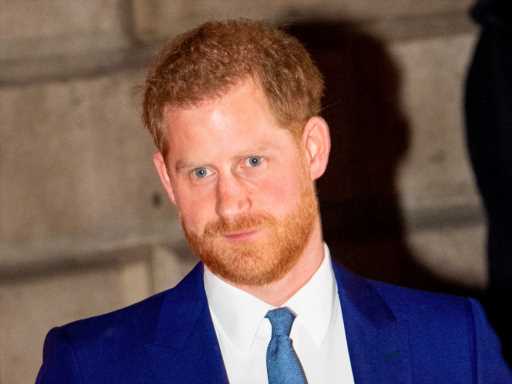 The trailer for Prince Harry and Oprah Winfrey’s new Apple TV+ series, The Me You Can’t See, has dropped and there’s one image that is so haunting, it’s hard not to hurt for the 12-year-old boy at that moment. It’s but a quick flash on the screen, but Prince Harry is seen looking so heartbroken as his mother, Princess Diana’s, casket parades past him while the world looks on. Prince Charles is seen looking at his son, but offering no physical comfort — it’s just crushing to watch. 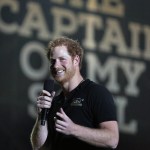 The series has Harry and Oprah guiding “honest discussions about mental health and emotional well-being while opening up about their mental health journeys and struggles,” per the network’s press release. Harry has made no secret about his battle with depression following the death of his mother, it’s what has led him down a different path than his father and brother to find happiness outside the royal family.

While the monarchy has never been an overly emotional institution, Prince Harry has led with his heart, much like his mother did when she was a member of the royal family. He doesn’t want there to be a stigma surrounding mental health and seeking therapy — it’s why this series is so important to him. “To make that decision to receive help is not a sign of weakness,” he says in the trailer. “In today’s world, more than ever, it is a sign of strength.”

The multi-part docuseries couldn’t come at a better time after the world is slowly coming out of a global pandemic. “The results of this year will be felt for decades,” Harry adds in the trailer. By sharing his story of grief and his journey through therapy years after his mom passed, viewers are likely to get a very intimate look at what the Duke of Sussex went through — and how he and wife Meghan Markle are raising son Archie (and soon-to-be baby girl) in a much different environment.

“I don’t think we should be pointing the finger or blaming anybody, but certainly, when it comes to parenting, if I’ve experienced some form of pain or suffering because of the pain or suffering that perhaps my father or my parents had suffered,” Harry explained recently on the Armchair Expert podcast. “I’m going to make sure that I break that cycle, so that I don’t pass it on.”

Click here to see the 100 best photos of the royal family from the past 20 years.