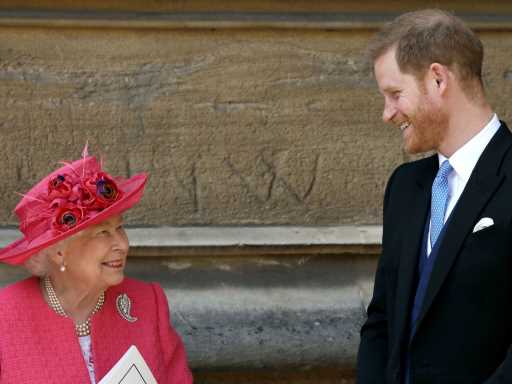 The past few days have been worrisome for the royal family, as long-reigning monarch Queen Elizabeth II heeds the advice of medical professionals and rests, canceling a trip to Northern Ireland and a recent appearance at the COP26 Climate Conference. Members of the royal family have been rallying around the queen for the past several days, while thousands of miles away, Prince Harry has reportedly been worried about his grandmother’s health scare. And his concern reportedly stems from the April passing of his grandfather, Prince Philip.

According to a new report from Us Weekly, Prince Harry went into “panic mode” after learning about the queen’s recent hospital stay. “He felt helpless being 5,000 miles away in Montecito, [California,] and has been checking-in non-stop with her,” a source shared with Us Weekly. The Duke of Sussex’s reported focus on the queen’s health isn’t only out of concern for his dear grandmother — it reportedly also has to do with Prince Philip’s passing.

Prince Harry still “feels guilty about not saying goodbye” to his grandfather prior to his April death, according to Us Weekly’s source. “[He] would never forgive himself if the same thing happened with his beloved grandmother.” Bearing all of this in mind, Prince Harry is reportedly hopeful that he and his family will be able to reunite with his grandmother in the United Kingdom for the upcoming holidays.

The Duke of Sussex is “hoping to go back home for Christmas with Meghan, if not before so that she can finally get to meet [her great granddaughter] Lilibet and see [great grandson] Archie again.” Despite the friction within the House of Windsor, one element completely overshadows everything else: this is still a family, with members who want to be close to one another during times of uncertainty.

Before you go, click here to see the 100 best photos of the royal family from the past 20 years.