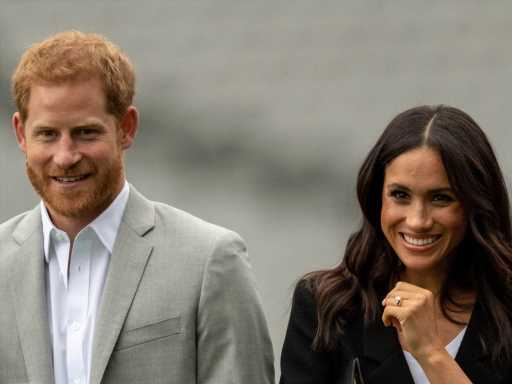 Meghan Markle has long warned us that she’ll have her say about her time in the royal family, and this week the announcement finally came out. Meghan and husband Prince Harry will sit with Oprah Winfrey for a 90-minute tell-all interview that finally lays bare what led to their stunning split from the royal family — and importantly, in the Duchess’ own words. But what will strike Meghan’s fans as a long-awaited opportunity to set the record straight will undoubtedly cause distress in the UK, where the royal family’s history with tell-all TV interviews is among their darkest moments. In particular, it was a teenage Prince William who was traumatized by seeing mother Princess Diana’s bombshell 1995 Panorama interview in which she discloses, among other things, her affairs during her marriage to Prince Charles. In fact, William had as recently as this year supported an investigation into how that interview was conducted, agreeing it was likely Diana was improperly pushed to reveal such personal matters on TV. It’s clear that William and Harry have had vastly different reactions to their mother’s traumatic experiences with the press. But we question how quickly William will be able to move past Harry hurting him so similarly to Diana.

The future of their relationship may, of course, be entirely dependent on just what comes out in the interview, down to what they say about William and Kate Middleton, Duchess of Cambridge specifically. For some time, it was rumored that infighting in the “fab four” of William, Kate, Harry, and Meghan had caused their first stirrings to exit the royal family, and tensions reportedly only grew post-Megxit. It’s just recently that we’ve seen William and Harry in a post-feud relationship — and William’s strong feelings about keeping the family’s personal affairs off TV may threaten their bond once again.

In royal family biography Battle of Brothers, author Robert Lacey describes the embarrassment of 13-year-old William watching his mother’s Panorama interview, a TV appearance that to this day strikes him as an injustice.

“Diana spoke of ‘betrayal,’ and that was exactly what William now felt,” Lacey writes. “Their mother had clearly seen how upset both her sons had been when Charles had confessed his intimacy with Camilla on television the previous year. Here she was doing the very same thing, and even talking about her ‘love’ for this other man.”

While it’s unclear whether Harry and Meghan would have matters of an equally sensitive nature to unfold, it seems clear that William grew up with the royal family motto of “never complain, never explain” as a presiding value — and that Harry has been coaxed out of a similar attitude by the relatively outspoken Meghan.

There’s no “best way” to handle a rift so unprecedented, and there are pros both to William’s instinct toward privacy and Meghan’s instinct to have more of a say in her story. But old wounds cut deep, and Harry choosing to follow in Diana’s footsteps in this way may be a hard pill for William (and others) to swallow.

Before you go, click here to see the best photos of Princess Diana playing with William and Harry.