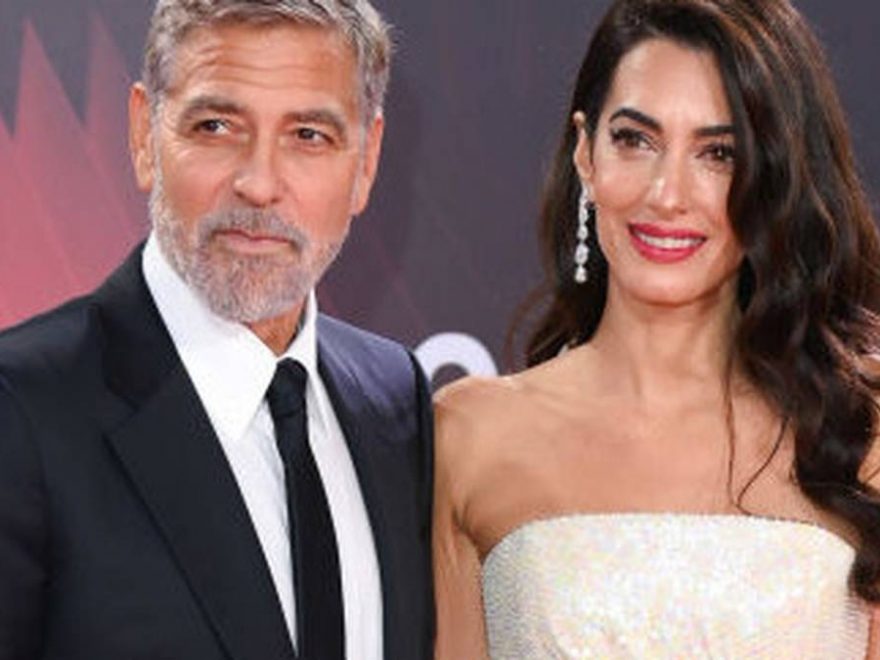 A Triple M host has sensationally claimed his honeymoon was “destroyed” by George and Amal Clooney, after he was kicked out of a luxury Queensland resort.

Ben ‘Dobbo’ Dobbin, who is a co-host on Triple M Brisbane and Gold Coast’s The Rush Hour with Leisel, Liam and Dobbo, was staying at the famed Qualia resort on Hamilton Island after marrying his wife, Amity, in early November.

Their stay at the award-winning hotel happened to coincide with the Clooneys, where George, 60, was filming his latest movie, Ticket to Paradise, alongside Julia Roberts.

After having a treatment at the resort spa, Amity spotted Amal, 43, sitting in a golf cart waiting for her beauty appointment, when she took a sneaky photo which was later leaked to Channel 9 news.

“Amity being a good wife took a sneaky photo and sent it to me. Well, I happened to pass this on to somebody I know – low and behold it ended up on the 6pm news on Channel 9 that night.”

Dobbin said he and his new bride “thought nothing of it”, until the next day when they were forced to cut their holiday two days short after being asked to leave the resort.

“We go jetskiing the next morning and then we get greeted when we arrive back by the manager of Qualia and I’ll just leave it with this, we cut out holiday short by two days after that meeting,” he said.

“I just wanna say to George Clooney and his wife Amal, and Julia Roberts, sayonara. Because you ruined my honeymoon, destroyed any bit of romance and happiness I had. And for what? For a stinking photo.

“Good riddance to Julia Roberts and George Clooney and his wife Amal, they can go and never return. They almost single-handedly destroyed my marriage.”

It comes after Roberts and Clooney fled Queensland and headed back to the US after Covid-19 shut down local production of the film.

Ticket to Paradise began production last year, filming in multiple locations across Queensland. It was only two weeks from completion.

It’s currently unclear when cameras will begin rolling again or if the star-studded cast will return to Australia.