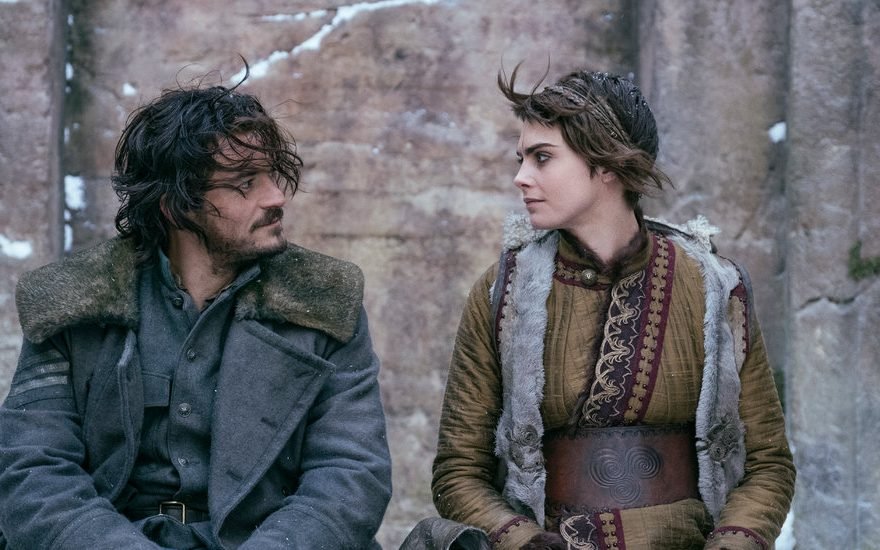 “Carnival Row” is a rarity among television fantasies these days because it did not begin life as a comic book, novel, film or other existing property. It’s what’s called an original.

But there’s original and then there’s — well, you get the idea. The series, whose eight-episode season arrives Friday on Amazon Prime Video, reanimates bits and pieces from different branches of the fantasy genre into a glum and lumbering beast that only occasionally sparks into life.

That description could also fit one of the show’s monsters, a golem-like creature that figures in the investigations of a detective named Rycroft Philostrate, known as Philo and played without much evident enthusiasm by Orlando Bloom. He slogs through the grim and rainy streets of a London-like, Victorian-ish city where humans uneasily coexist with various humanoid species identifiable by their horns, snouts or hooves. Philo’s opposite number, and interspecies love interest, is a winged fairy (or fae) with the equally ostentatious name of Vignette Stonemoss (Cara Delevingne).

Philo and Vignette inhabit a world, created by René Echevarria (“The 4400”) and Travis Beacham (a screenwriter on “Pacific Rim”), that probably sounded better in the pitch meetings. It has a strong medieval-magical component, with wintry fortresses, butchery gruesomeness reminiscent of “Game of Thrones” and an assortment of creatures like those in the “Lord of the Rings” and “Grindelwald” franchises.

But its ambience and look are predominantly Victorian and urban-industrial — iron filigree, elevated trams, steampunk-style flying machines — recalling series like “Ripper Street” and “The Alienist” and the cityscapes of Hayao Miyazaki.

A lot of thought went into that visual and mythopoetic synthesis, which also incorporates a strong element of Celtic and Germanic folklore. The energy left over from this exercise in world assembly doesn't appear to have gone into creating vivid characters or an involving mystery or romance, however.

Instead, it went into making “Carnival Row” as thoroughgoing an allegory as possible for current tensions over race and immigration. The nonhuman species, turned into refugees by human wars and locked in ships’ holds to be sent into indentured servitude, serve as an all-purpose symbol of oppression.

The show pursues this central idea with equal tirelessness and shallowness. Politicians thunder about immigration while the immigrants form criminal bands, open brothels and prove to be superior performing artists. Cultural patrimony is stolen, terrorist acts are committed, entertainers are deported and a mysteriously wealthy, hoofed and horned being moves in next door. The next thing you know, a racist policeman says, they’ll be voting.

“Carnival Row” doesn’t have anything new or interesting to say about these issues; they’re just structural. (It’s also noticeable how the fantasy setup allows the producers to cast a racial allegory with mostly white actors.) Nor does it have much that’s fresh or moving to add to the fantasy or period-mystery genres.

As parliament debates, families battle and Philo investigates a series of killings of “critches” (the derogatory term for non-humans, if I’m spelling it right), some accomplished actors give pleasure in smaller roles: Jared Harris as the city’s ruler, Alice Krige as a seeress, Simon McBurney as the proprietor of a Punch and Judy show that uses Gollum-like kobolds rather than puppets.

Bloom and Delevingne (she played Enchantress in “Suicide Squad”) perform capably enough, though their romance never feels convincing, let alone tempestuous. He’s better paired with Maeve Dermody, who plays Philo’s human landlady with benefits, and their scenes together are among the few moments when the show comes to life. The rest of the time, he looks like he’d rather be playing Legolas.

Mike Hale is a television critic. He also writes about online video, film and media. He came to The Times in 1995 and worked as an editor in Sports, Arts & Leisure and Weekend Arts before becoming a critic in 2009. @mikehalenyt • Facebook