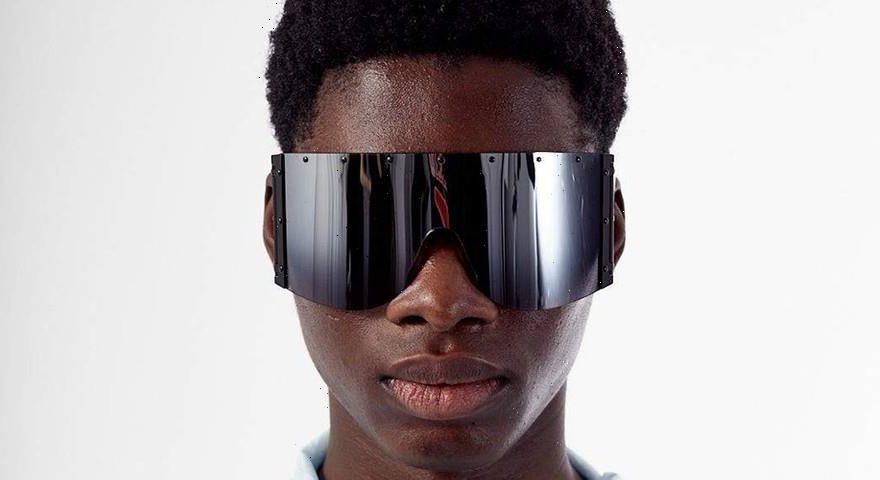 Kanye West and Kim Kardashian are in the middle of a style reinvention, with the former frequently appearing in Balenciaga (apt given the just-announced YEEZY GAP x Balenciaga “creative exploration”), as well as Bottega Veneta, and notably, Rick Owens. Now, a pair of original Rick Owens Porsche sunglasses, as debuted during the avant-garde designer’s Spring/Summer 2012 “NASKA” runway, have appeared for sale through Machine-B, the ongoing partnership between London’s Machine-A concept store and the designer archive collective Byronesque.

As HYPEBEAST explored in the Kanye style episode of TAGGED, ‘Ye has been wearing the pair of sunglasses frequently both on and off-stage as he continues to subscribe to a post-apocalyptic taste in clothes.

However, the specs in question do differ slightly from Kimye’s version. The pair offered up by Machine-B are originals from SS12, featuring a large singular visor lens in a smoked black finish alongside thick, blocky arms that are joined to the lens (in turn becoming its own frame) by an array of small circular nodules. Kimye’s version is the updated pair, which are slimmer on the sides and are less prominent overall.

Take a look at the rare deadstock Rick Owens Porsche sunglasses from SS12 above, and purchase them from Machine-A’s website now where they retail for $2,450 USD.

In other news, here’s everything that dropped at HBX Archives this week.
Source: Read Full Article