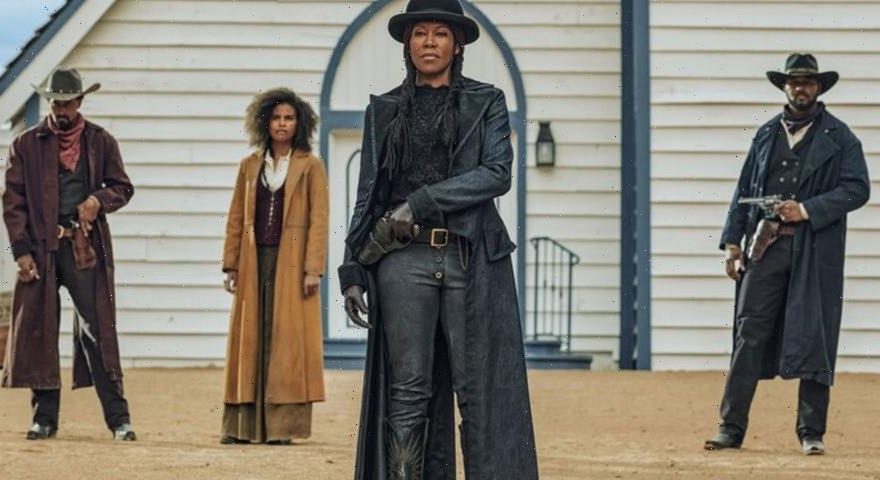 Roc Nation is gearing up to launch a virtual metaverse experience for the soundtrack of The Harder They Fall in collaboration with CYBR on Wednesday, November 17.

Within the experience, fans will be able to explore the virtual world of Redwood City by simply logging onto CYBR’s platform on a web browser. The experience will not require any app download, VR headset or gaming console.

Additionally, inside the saloon, users will be able to view an exclusive live-streamed panel discussion with cast members from the movie and the original soundtrack’s artists.

The action-packed western, which was produced by JAY-Z, follows outlaw Nat Love (Jonathan Majors) after he learns that his enemy Rufus Black (Idris Elba), who killed his parents over two decades ago, is being released from jail. In pursuit of revenge, Love assembles a squad of allies — his former lover Stagecoach Mary (Zazie Beetz), Bill Pickett (Edi Gathegi), Jim Beckwourth (R.J. Cyler) and a surprising adversary-turned-ally — to hunt down Buck.

The Harder They Fall is available to watch on Netflix now. Roc Nation’s metaverse experience for the movie’s soundtrack will take place at 8 p.m. on Wednesday, November 17, on CYBR’s website.

Elsewhere, Post Malone and The Weeknd have released an action-packed visual for “One Right Now.”
Source: Read Full Article