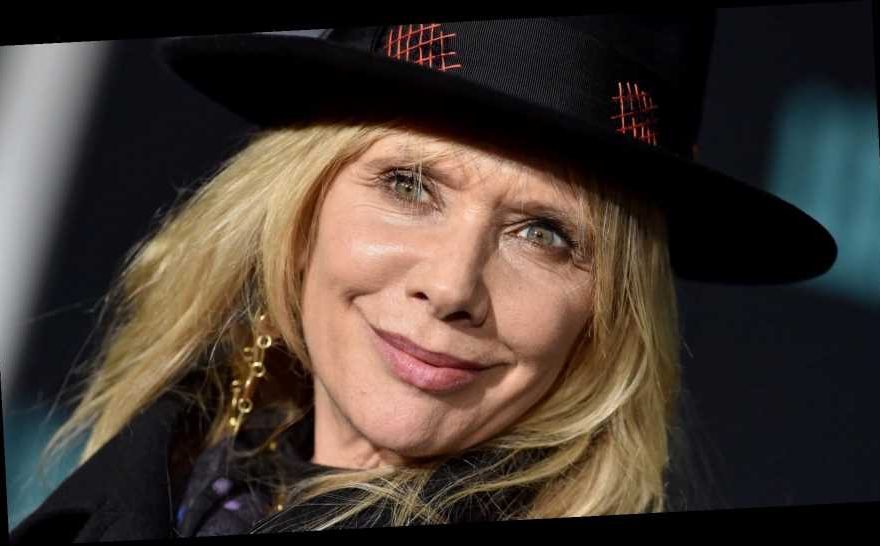 When Rosanna Arquette called me on Thursday, we were supposed to discuss the 1985 screwball hit “Desperately Seeking Susan,” which opened 35 years ago this weekend. But Arquette was in no mood to talk about movies.

“What’s the point?” she asked. “Why? It just seems ridiculous. Why? I can’t. You could say that. There’s nothing to say. I’ve said it. I made a movie, Madonna was in it, years ago. It’s like, who gives a shit?”

Earlier that day, Arquette learned that Mark Blum, who played her husband in “Desperately Seeking Susan,” had died from COVID-19 complications at age 69. Blum was a respected New York stage and screen fixture whose credits also include “Crocodile Dundee,” “Shattered Glass,” “You,” “Mozart in the Jungle,” “Succession” and Broadway productions of “Twelve Angry Men” and “Lost in Yonkers.” For Arquette, who has been tweeting regularly about the pandemic and monitoring developments nonstop, Blum’s death made the crisis all the more real.

“We’re talking about the fact that I made this movie many years ago with a wonderful actor named Mark Blum, and it’s hard to talk about this movie,” she said. “The only thing I have to say is it was produced and made by women. It seems ridiculous to talk about right now, except that we just honor him and the fact that he was my co-star in this movie, and that he was a wonderful, kind, gentle, wonderful actor with a great sense of humor and just the kindest soul. And I feel so, so, so bad for this man, because of the lack of care and ventilators that the governor of New York, [Andrew] Cuomo, has been begging the government for. Maybe his life would have been saved.” 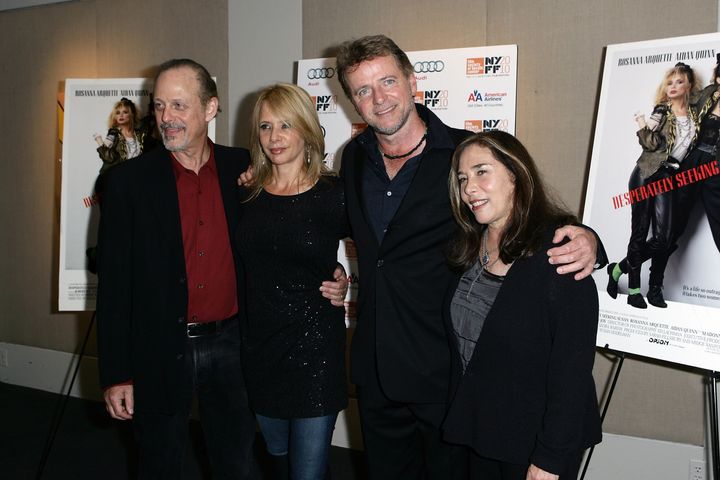 Watch “Desperately Seeking Susan” today, and Blum still holds his own opposite the combined star power of Madonna and Arquette. His character, Gary Glass, dubs himself the “spa king of New Jersey.” Inattentive to his wife Roberta’s interests, he criticizes her for buying a used jacket, even though she claims it once belonged to Jimi Hendrix. After Roberta goes missing, Gary tracks down Susan (Madonna), who falsely believes Roberta is framing her for a mobster’s murder. They dance at a nightclub and smoke weed together ― imagery that’s further immortalized in Madonna’s video for “Into the Groove,” the smash hit she recorded for the movie.

Madonna paid tribute to Blum﻿ via Instagram on Thursday. “This is really tragic and my heart goes out to him, his family and his loved ones,” she wrote. “I remember him as funny, warm, loving, and professional. … Another reminder that this virus is no joke, nothing to be casual about or pretend won’t affect us in some way.”

Arquette felt adamant that she had nothing to add beyond her sorrow for Blum and anger toward the Trump administration for its handling of the pandemic. To be fair, she has talked a lot about the film over the years, including a recent interview with Vulture that was published before Blum died. But one of her points bears repeating: “Desperately Seeking Susan” was relatively novel at the time because it was produced, written and directed by and starred women.

“I was happy to have a female director,” Arquette said, referring to Susan Seidelman. “I liked that it was women producers, and I was honored to be working with women at the time. I did think it was important at the time. It still resonates with people years later. It captures New York in the ’80s in such a way that doesn’t exist anymore, before it got gentrified.”

In 1985, many in Hollywood hoped “Susan” would open doors for more female-led films, especially after it grossed $27.4 million, an impressive sum for an independent project. But no one will be surprised to learn that it did not yield an onslaught of its kind. By 1991, people were saying the same thing about “Thelma & Louise,” proving that little had changed in the interim. 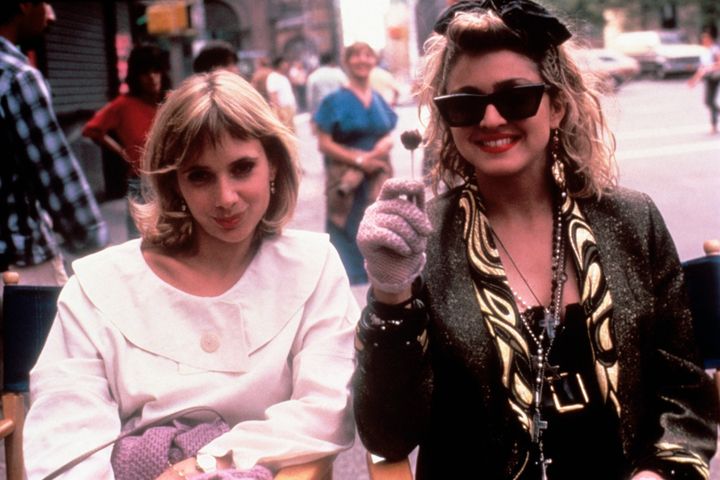 Much changed for Arquette in the ’90s, though. Her stature tumbled when Harvey Weinstein told directors not to work with her after she refused to enter his Beverly Hills hotel room late one night. She publicly accused Weinstein for the first time in a New Yorker article published in October 2018. The erstwhile movie mogul has since been sentenced to 23 years in prison for raping the once-aspiring actor Jessica Mann in 2006 and forcing a sexual act on former production assistant Miriam Haleyi in 2013.

Arquette said she’s moved past that ordeal in light of the coronavirus.

“Nothing means shit to me,” she said. “It was hard when [my career] was taken away from me and I wasn’t able to do the work I wanted. I don’t even need to talk about it. He’s in jail now. It’s not worth even mentioning anymore.”

Whether she realizes it or not, people stuck at home are turning to movies as a way to escape the reality of what’s happening. “Desperately Seeking Susan,” with its pop panache and charming effervescence, is as good a 104-minute distraction as anything. But I couldn’t blame her for not wanting to gab about Madonna for the umpteenth time or indulge my irrelevant questions about whether the rumor that she screen-tested for Kate Winslet’s role in “Titanic” is true. It’s hard for anyone, even wealthy celebrities, to press on as if things were normal.

“What’s been proven is that we really cannot rely on the president of the United States and his Cabinet at all,” Arquette said. “We are being fed mistruths and not the scientific facts from what our doctors are saying, and they are trying to get everybody back to just reboot the economy. At the end of the day, we’re going to have a lot of sick and dying people. Truly, apparently, they just don’t care.”