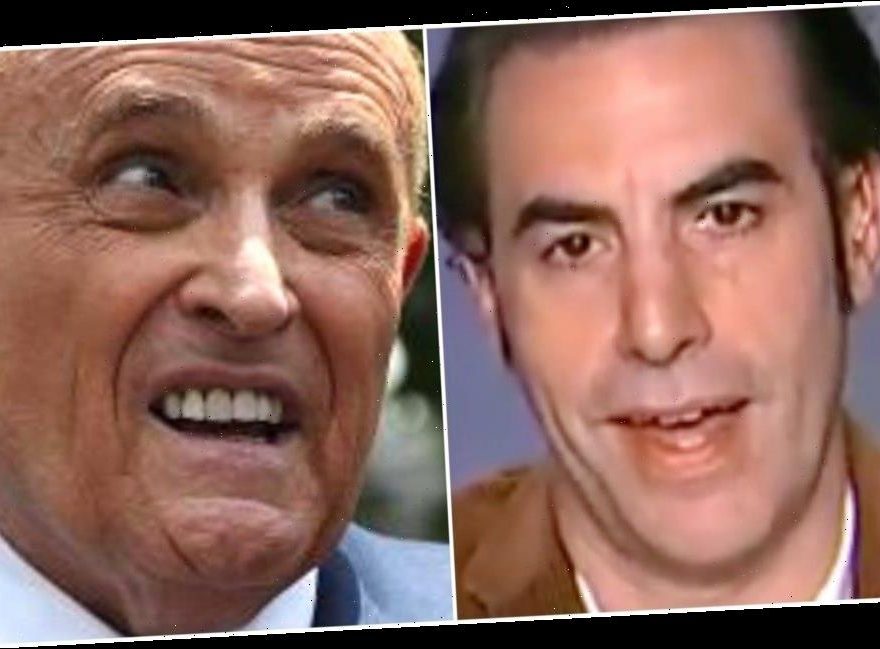 A scene in the new “Borat” film featuring Donald Trump’s attorney Rudy Giuliani with his hand down his pants in front of a female reporter prompted him to deny any wrongdoing.

“I would say that if the president’s lawyer found what he did there appropriate behavior, then heaven knows what he’s done with other female journalists in hotel rooms,” the actor said on “Good Morning America” Friday.

“It is what it is” and “he did what he did,” Baron Cohen said of the former New York City mayor, adding that he was “quite concerned” for his co-star, Maria Bakalova. The comedian said he monitored the prank from a hideaway.

“Make your own mind up,” he urged viewers. “It was pretty clear to us.”

The buzzed-about scene in “Borat Subsequent Moviefilm,” the follow-up to Cohen’s 2006 comedy hit about an uncouth Kazakh, now on Amazon Prime, unfolds during a hidden-camera prank at a hotel. Giuliani had just been interviewed by the reporter (Bakalova) when the two go into a bedroom.

As she helped him remove an audio device, he leaned back and shoved his hand down his pants, appearing to touch himself while breathing harder.
Borat, wearing a bra and panties, storms into the room to inform Giuliani that the woman is 15 (the actor is actually 24).

Giuliani claimed he was merely tucking in his shirt.