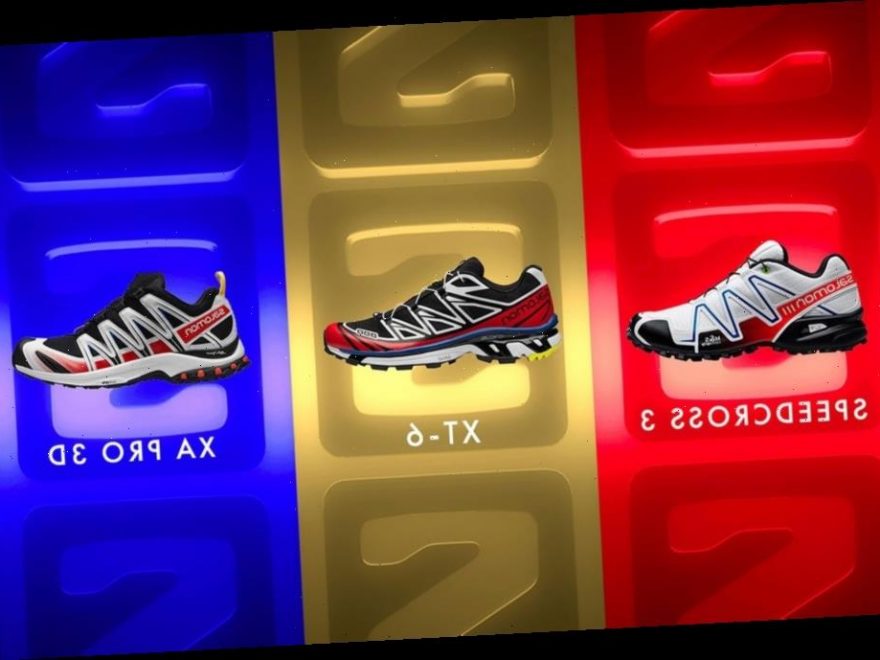 As the industry churns on, Salomon is taking some time to reflect. The French sportswear company has already enjoyed a major year, with inline sneakers and collaborations alike receiving plenty of attention, and its future endeavors look to be as equally rooted in heritage as innovation if its latest campaign, which reflects on three groundbreaking footwear shapes, is any indication.

First unveiled in February, the imagery highlights several fan-favorite Salomon models: the Speedcross 3, S/Lab XT-6 and XT Pro 3D. These are all some of Salomon’s best-selling sneakers, built for trail runners but now enjoying a second life as fashionable favorites. Retaining the original designs’ colorways, cushioning, durability, and utility, the reissued shoes boast gently-updated materials that leave the original structure and makeup intact, with a few new hues on hand.

Salomon’s footwear lineup is primarily demarcated by sleek silhouettes and the returning trio do not stray the course. Thought they feature similar structures, lugged outsoles and lacing systems, all serve different purposes: the XT-6, for instance, is ideal for long-distance running through tough conditions, while the Speedcross 3 is lighter and has even grippier lugs beneath its sole. The XT series was also one of the first Salomon makes to be adopted by the fashion set, as The Broken Arm’s forward-thinking XT-4 collaboration indicated.

Salomon’s website and stockists like HBX received the reinvigorated sneakers earlier this year, with plenty more thematic colorways to come.