Ready for more Japril! Sarah Drew is on board with the idea of a possible Grey’s Anatomy spinoff following her character, April Kepner, and Jesse Williams’ Jackson Avery.

Grey’s Anatomy’s Exits: Who Quit? Who Was Fired? Who Is Down to Come Back?

“Yes! I mean, you guys, how cool would that show be?” Drew, 40, told a group of reporters on Friday, May 7, following her return to the ABC series for one episode, which aired Thursday, May 6. “I gotta be honest. I’ve been on Twitter and Japril was, I think, trending worldwide all day. It was absolute insanity.”

The Cruel Summer star noted that while she was shooting her Grey’s episode, she ran into crew members who thought she might be there to film a new show about April and the doctor’s love Jackson. 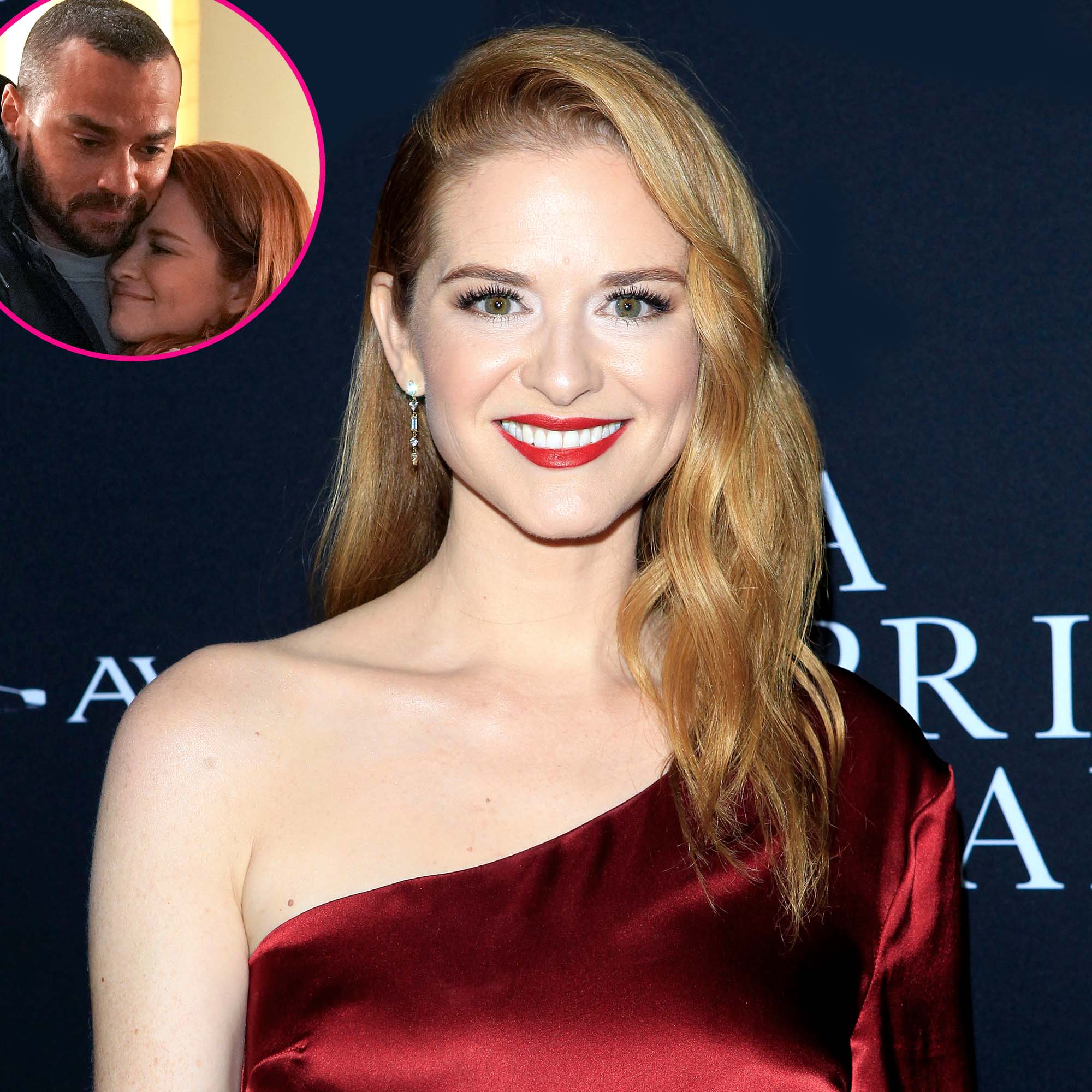 “They were like, ‘Oh, we thought this was a spinoff.’ It feels like it’s setting up for a really great journey,” she recalled. “And I was like, ‘I know.’ How amazing and needed is a show about racial justice in the medical field and inequity and equality. How amazing would that be?”

During the Thursday episode of Grey’s, fans saw Williams’ character, Jackson, decide that he wants to leave Grey Sloan Memorial Hospital to take over his family’s foundation in order to create “real racial equity in medicine” in Boston. 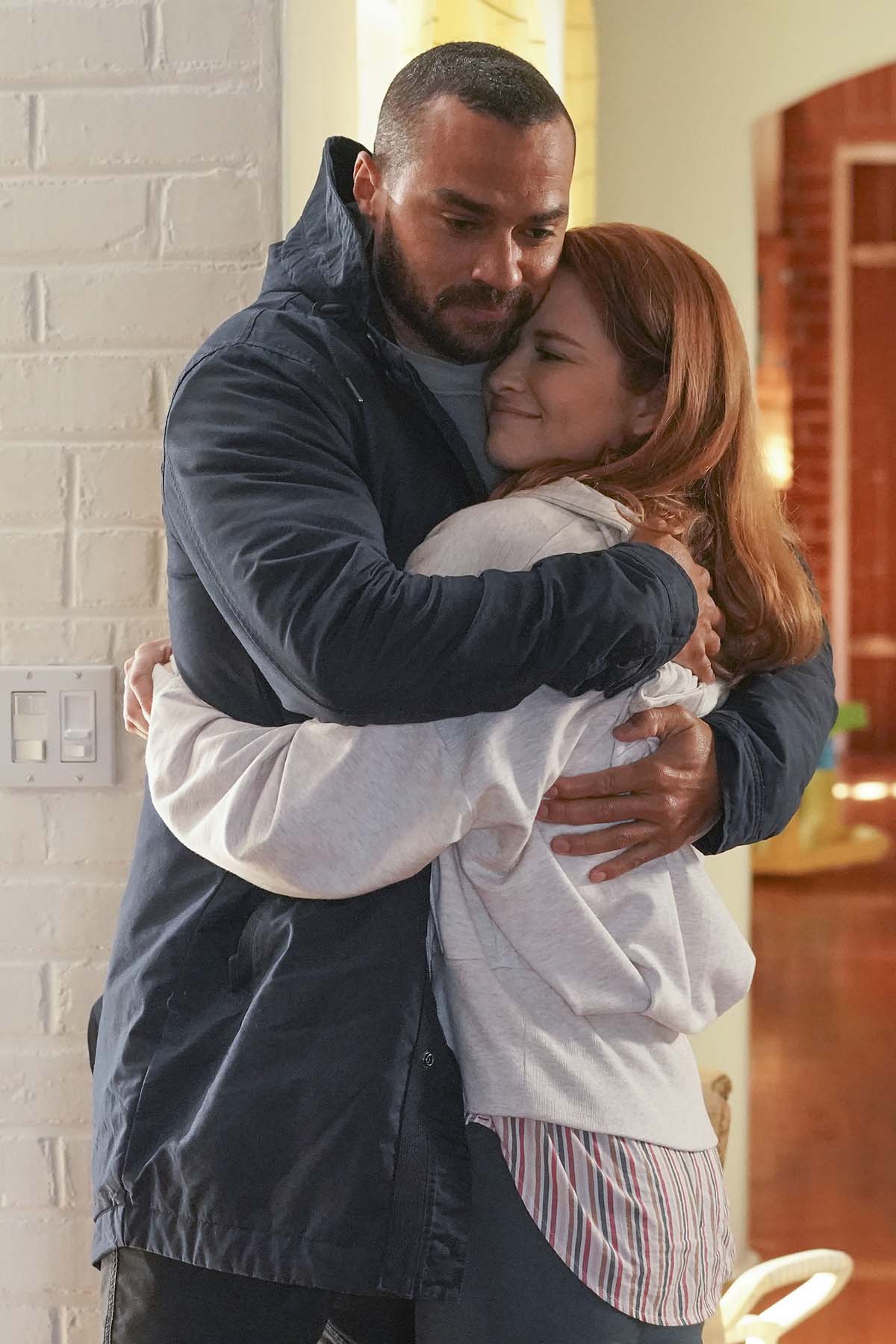 Following his decision, he had a heart-to-heart with his ex April, with whom he shares daughter Harriet. During the chat, Jackson asked April and their daughter to move with him, which is when April revealed that she had split from her husband. The tease left fans hoping that the pair would reconnect for good and gave life to the possibility of a spinoff for the actors.

“I gotta say, I got so fired up watching the episode last night because Jesse Williams just freaking killed it. His passion for all this stuff shines through in his performance so beautifully and brilliantly,” Drew said on Friday. “But I just kept thinking like, ‘How cool would this couple be? Him working from the position of having money and power to be able to make that change. And she’s working with folks experiencing homelessness and she’s also doing that in her own way.’ These two could change the world of medicine, right? I’d watch that show.”

Drew exited Grey’s Anatomy after season 14. Her May reunion marked the first time she’s appeared on the show since her departure in 2018. It also marked the beginning of Williams’ farewell to the ABC drama. The Chicago native’s final episode will air on May 20.

Williams, 39, confirmed his exit from the long-running series on Thursday, telling Deadline, “As an actor, director and person, I have been obscenely lucky to learn so much from so many and I thank our beautiful fans, who breathe so much energy and appreciation into our shared worlds. The experience and endurance born of creating nearly 300 hours of leading global television is a gift I’ll carry always. I am immensely proud of our work, our impact and to be moving forward with so many tools, opportunities, allies and dear friends.”

As for what the future holds for Drew and Williams’ TV alter egos, the Moms’ Night Out actress is up for more.

“I’ve never been shy about wanting Japril to be endgame. It’s what I’ve wanted the whole time,” she admitted on Friday. “One of the biggest heartbreaks about me leaving in season 14 is that they didn’t get to be endgame. That was one of my biggest heartbreaks. Who knows what happens when they make their way to Boston. I think there’s a great deal of hope that’s there.”