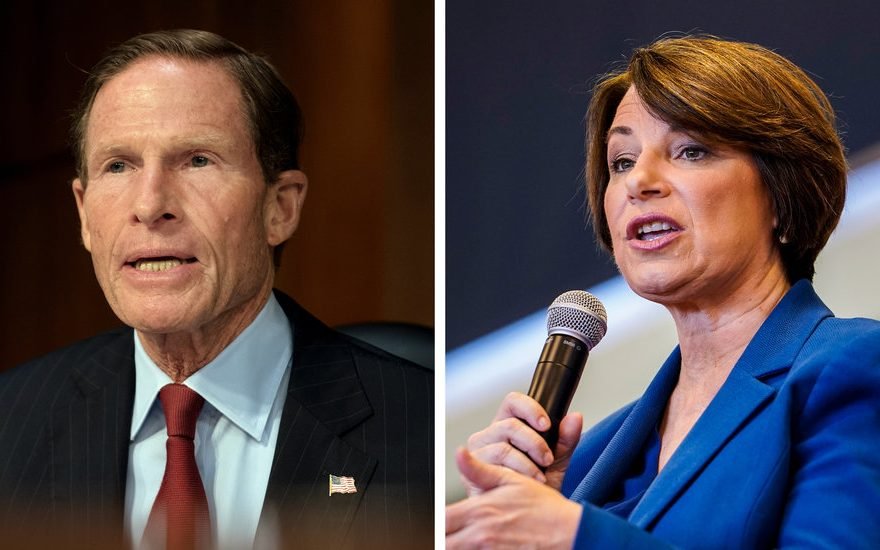 Can the government play a stronger role in regulating the business of online tickets for concerts and other events?

When lawmakers and federal agencies have considered that question, they have tended to focus on fairness to consumers. In June, for example, the Federal Trade Commission held an industry conference looking at topics like the surcharges tacked on by companies like Ticketmaster and StubHub.

This week, two United States senators went further by asking the Justice Department to investigate the state of competition in the ticketing business, and to extend a regulatory agreement with Live Nation Entertainment, the industry behemoth that owns Ticketmaster.

In a letter to Makan Delrahim, the assistant attorney general in charge of antitrust, the senators, Richard Blumenthal of Connecticut and Amy Klobuchar of Minnesota — both Democrats — called the ticket industry “broken” and complained of “exorbitant fees and inadequate disclosures” in the ticket buying process.

The five-page letter, sent on Tuesday, directed much of its blame to Live Nation, and echoed longstanding concerns that the company’s merger with Ticketmaster, in 2010, gave it too much control over the concert business.

“The Ticketmaster-Live Nation merger has contributed to consumers’ difficulties in the ticketing market,” the letter said.

In approving the merger, the Justice Department signed a 10-year consent decree with Live Nation that forbid the company from behaviors like using its power over concerts to force venues to use Ticketmaster. An investigation by The New York Times last year found a number of examples where the company had been accused of just that behavior; the company denied any violations of its decree.

The senators’ letter asked the Justice Department to conduct a “retrospective study on the effects of past consolidation” and to consider extending the decree past its expiration next year.

The Justice Department has investigated past claims that Live Nation had violated its consent decree and never taken action.

In a statement on Wednesday, Live Nation said the senators’ letter is “based on a fundamental misunderstanding of our consent decree and general ticketing industry dynamics.”

“Ticketmaster has been successfully growing its client base over the past decade as a result of continuous innovation and providing the best ticketing solution in the industry,” the statement continued. “During that period, Live Nation and Ticketmaster have always complied with their obligations under the consent decree. We do not force anyone into ticketing agreements by leveraging content, and we do not retaliate against venues that choose other ticketing providers.”

“There is no cause for further investigations or studies,” the statement said.

News of the letter was first reported by Billboard.

If the Justice Department decides to act on the senators’ request, it would be the latest in a series of moves by lawmakers and major government agencies to try to tame the ticketing market. In 2016, for example, President Barack Obama signed the BOTS Act, which made it illegal to use computer programs to bypass ticket sellers’ online security systems.

In June, a number of Congressmen, including Senator Blumenthal, introduced another bill, the BOSS Act, which would require ticket sellers to disclose all fees and make it clear to consumers when not all tickets are placed on sale at the same time.

At the F.T.C. conference, industry leaders were asked about the sometimes confusing array of surcharges that are added to the price of a ticket. One participant, the Massachusetts Institute of Technology economist Sara Fisher Ellison, suggested that Washington could help.

“This is a textbook place,” Ms. Ellison said, “where a regulator could make a big difference.”

Ben Sisario covers the music industry. He joined The Times in 1998, and has contributed to Rolling Stone, Spin, New York Press and WFUV. He also wrote “Doolittle,” a book about the Pixies. @sisario