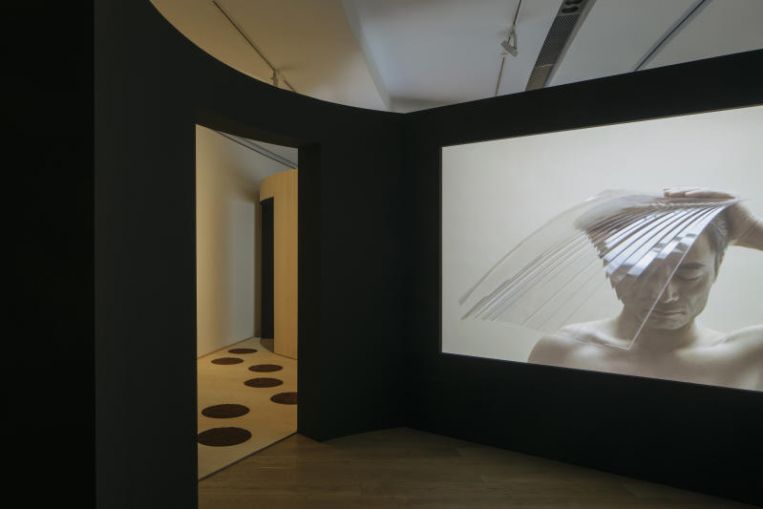 SINGAPORE -A new installation in the heart of town is providing scented respite from the haze.

Created for Asia based on their most sought-after formulations in the Asian market, the exhibition was launched here first and will travel to Seoul next.

At Episteme, visitors will catch a whiff of calming scent – the unique burner blend used in Aesop’s stores – before entering the gallery.

Inside, the space is divided into three rooms of tactile installations inspired by ingredients in the skincare products. These are shown alongside Hess’ abstract films, which dramatise the skin’s response to the products with materials like PVC and silicone balls.

“We’ve always communicated via the senses and I think it’s very basic – good design talks to the senses. When you walk into a room that is well-designed, you feel better. Colour and touch have that effect and so does sound – (this was) an opportunity to play with all of that.”

It was also the right opportunity to collaborate with Hess, 35, who had been on Aesop founder Dennis Paphitis’s radar for some time, said Ms Meredith.

The artist, whose works experiment liberally with materiality and the human body, is best known for designing the slime dress worn by pop star Lady Gaga in the cover art for her 2011 album Born This Way: The Collection.

VIEW IT / EPISTEME BY AESOP

Episteme at Ion is the second time Aesop has put on an experiential show in Singapore. The first was at the Singapore Night Festival in 2017, where visitors entered a dimly lit gallery in the National Museum, to poke their noses around large bowls of water and essential oils.

Designing spaces for people to pause and have good conversations is important to the brand, said Ms Meredith.

“Undoubtedly, we do sell products; we are a commercial company. The difference for Aesop, though, is that we use the arts to inspire both our thinking and our execution. Other brands may use celebrity endorsement – we prefer to be inspired by philosophy or art or architecture.”