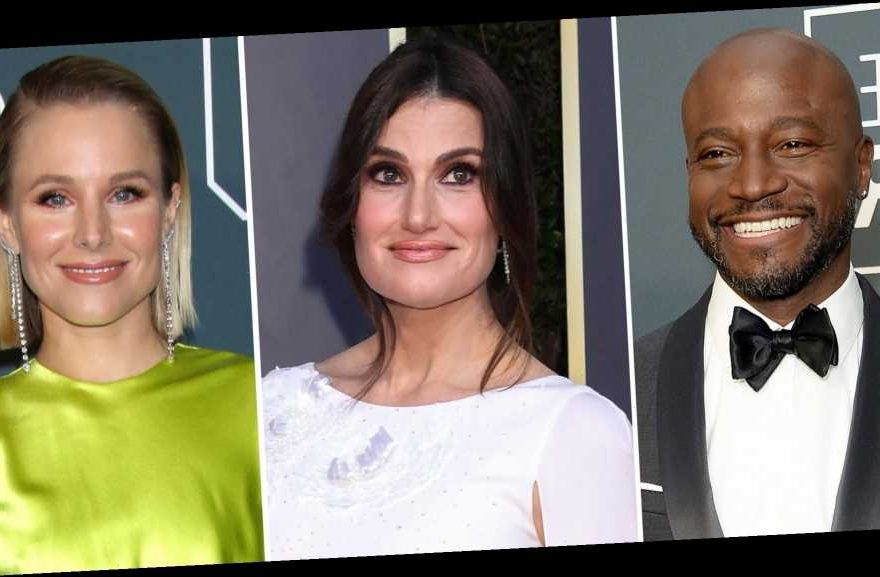 Taye Diggs, who hosted the 2020 Critics’ Choice Awards on Sunday, January 12, asked Kristen Bell about his ex-wife and Bell’s Frozen 2 costar, Idina Menzel, during the show.

“I wanted to congratulate you on Frozen 2,” he told Bell, 39, as she sat at her table in the audience before she was presented with the #SeeHer award during the show at the Barker Hangar in Santa Monica on Sunday night. “I hear that it’s the No. 1 animated film that was ever made ever in the whole universe, right?” 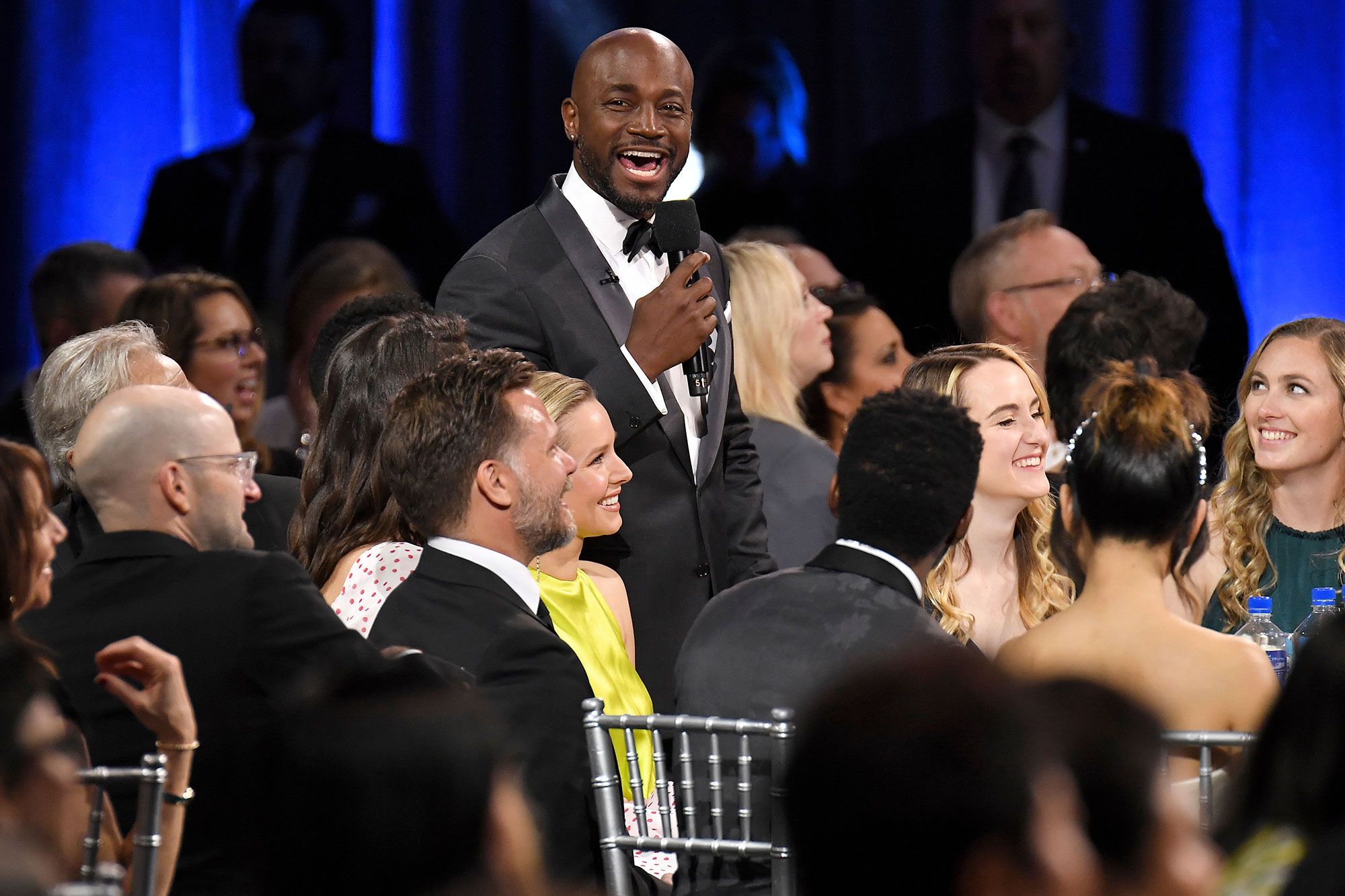 “And you were in the film with my baby mama,” Diggs, 49, continued. “What’s her name? Adele Dazeem? Also known as Idina Menzel,” he said, referencing John Travolta’s infamous mispronunciation of the Broadway star’s name at the Oscars in 2014.

“Did she ever talk about me on set?” the Private Practice alum asked Bell.

“She is,” Bell responded.

Menzel, 48, played Elsa in 2013’s Frozen and its sequel opposite Bell (who portrayed her sister, Anna). She and Diggs met on the set of Rent when they were costars in the original Broadway show. The pair, who share son Walker, 10, split in 2014 after 10 years of marriage.

“I’d be lying if I said there weren’t times when I thought, ‘Oh, man, people are going to trip out [if we split],’” Diggs told Redbook after the couple broke up. “Maybe they thought it was cute that we met in Rent.”

“There weren’t a lot of couples like us in the theater community – and I know there aren’t a lot of performers as talented as she is … and then you have the whole mixed [race] thing,” he continued. “It was easy for people to root for us. Right now, we’re still trying to figure out a lot of stuff because we’re on different coasts and our son is getting older.”

Walker walked his mother down the aisle in September 2017 when she wed actor and singer Aaron Lohr.