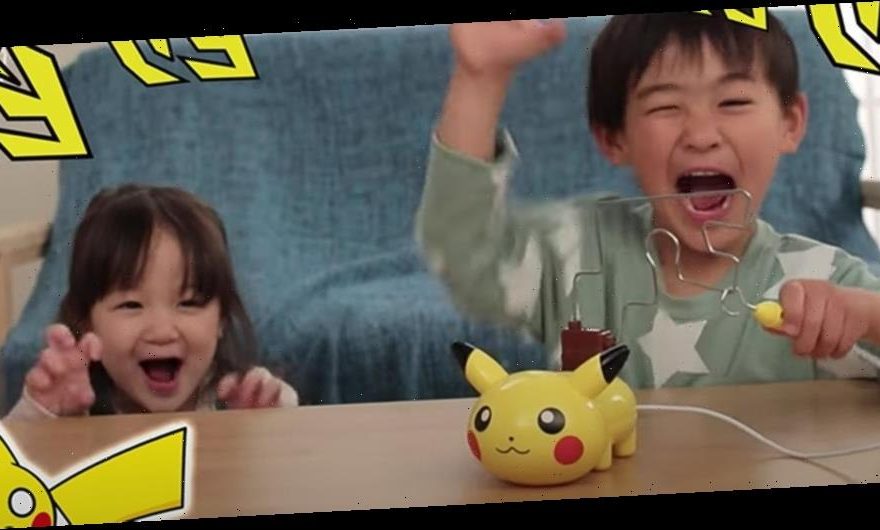 Takara Tomy has just released a new take on the classic wire loop game by incorporating Pokémon‘s lovable Pikachu character into the design.

Named the “Electric Shock Warning! Electric shock Pikachu,” the game maintains the same objective of moving a metal loop probe through another metal wire obstacle while being careful not to have the two touch. Touching the metal together will ultimately close the electric circuit giving off a red light or buzzing sound. This Pikachu version goes a step further turning Pikachu’s tail into the metal serpentine — closing this circuit sends Pikachu into a frenzy as its cheeks light up while the whole toy vibrates followed by Pikachu Thunder Shock sound effects.

Priced at ¥3,850 JPY (approximately $35 USD), more info on the Takara Tomy Electric Shock Warning! Electric shock Pikachu wire loop game can be found over at its online store where it is slated for an April 24 release.