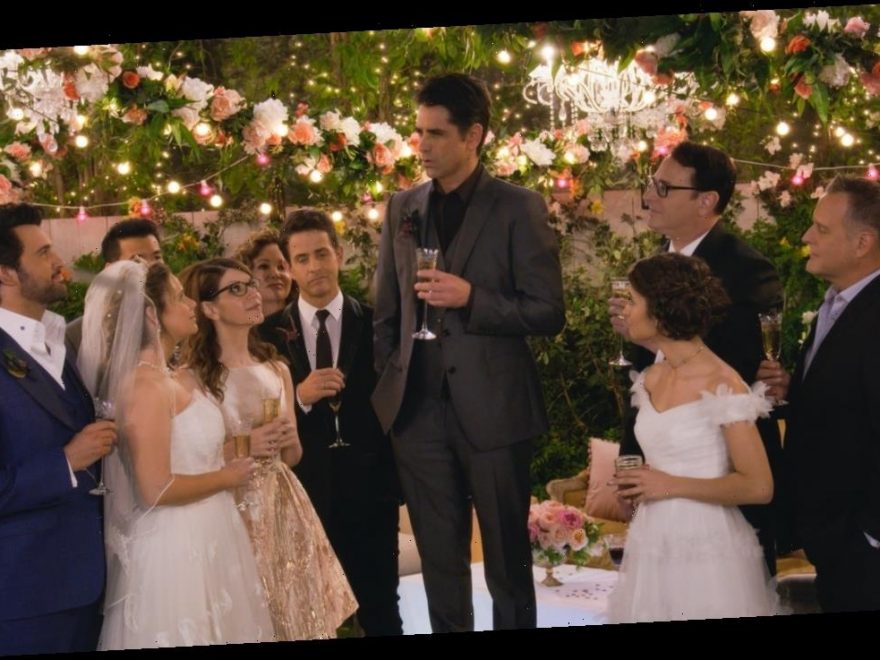 Netflix’s Fuller House may have ended in June 2020, but as the cast proved by returning for the Full House spin-off in the first place, they’ll always be there for each other — and their dogs. The Fuller House cast reunited for one of the most noble causes out there: golden retrievers. Between Comet and Cosmo, aka the true stars of Full House and its spinoff, respectively, the Tanner family really loves their goldens.

Bure posted about the musical reunion on her Instagram page on Sept. 22, revealing that all proceeds raised from the video will be donated to PetSmart Charities. "Did you know it’s #NationalDogWeek!?," she wrote. "We got the FAM (band) back together to sing a little song. Listen to #GottaLoveAGolden and let’s help my friend Jeff Franklin @fullerhouseguy and the Full (Dog) House support animal welfare."

As Franklin said to E! News, his love for golden retrievers started with using them in both Full House and its Netflix spinoff, before he became the owner of two dogs himself. "My lifelong love affair with goldens inspired me to make them the official Tanner family pets," he said in a statement. "Comet on Full House and Cosmo on Fuller House brought their warmth and humor to the set every day and found a home in the hearts of all those that watched. Creating forever homes for our pets continues to be one of my life missions."

This is not the first time that the gang has reunited this year. Back in April, at the beginning of the COVID-19 pandemic, the cast filmed a quarantine-themed parody of the iconic Full House intro. The show was given a new title of "Full Quarantine," and saw Stamos, Saget, Coulier, Bure, Sweetin, and Barber stuck at their own homes – but in character. Uncle Jesse fixed his hair (what else?), Danny used hand sanitizer on a Swiffer mop, and Kimmy Gibbler rocked her iconic egg scarf just to get eggs out of the fridge. The video ended with an encouraging yet deprecating message: "Unlike Full House, this will go away."