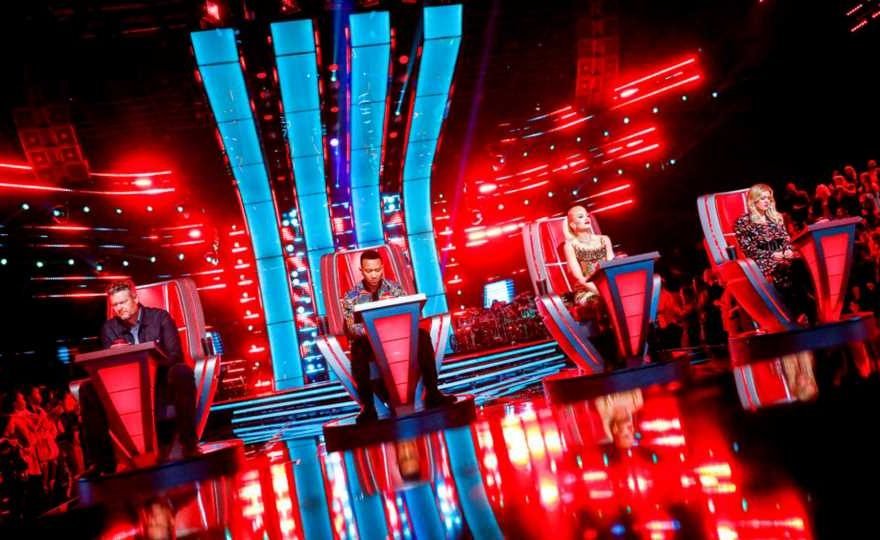 We can’t say we saw this one coming! Nick Jonas is joining The Voice as a coach, making him the youngest entertainer to sit in the show’s iconic spinning chairs. While the reality singing competition often switches up its panel of pros, the coaches are typically quite a bit more — how shall we say — seasoned. And, true to form, that fact is already being used as ammunition by veteran coach Blake Shelton.

Jonas announced the news on The Ellen DeGeneres Show on Monday, after DeGeneres playfully forced his hand. After giving him a chance to make the big announcement he’d been teasing on social media, DeGeneres played a clip of coaches Shelton, Kelly Clarkson and John Legend speaking directly to Jonas. In the video, Shelton joked, “I’m going to have to look through the rules because this is my TV show. I’m not even sure if you’re old enough to be a coach on The Voice, but I’m certain that you’re going to get your butt kicked buddy.” Alternately, both Clarkson and Legend suggested that perhaps an alliance would be a solid idea for the 27-year-old singer.

Of course, Jonas’ age doesn’t mean he isn’t qualified to be a coach on The Voice‘s forthcoming Season 18. As he pointed out, he’s already been in the music industry for two decades.

The news about Jonas joining the series clearly presents a couple of questions. Will his brothers-slash-bandmates Kevin and Joe make cameos — perhaps as mentors for his team? Will his wife, Quantico actress Priyanka Chopra, be seen sitting in the audience? Will Game of Thrones star Sophie Turner, Joe’s wife and Chopra’s close friend, visit the show as well? We have many hopes and dreams.

But, also, if Jonas is joining the show, who’s leaving? According to Entertainment Tonight, Gwen Stefani will be stepping down to make room for Jonas’ arrival. She isn’t leaving for that reason alone, though. The pop-rock singer reportedly plans to return to Las Vegas to fulfill the final dates of her Just a Girl residency at Planet Hollywood’s Zappos Theater.