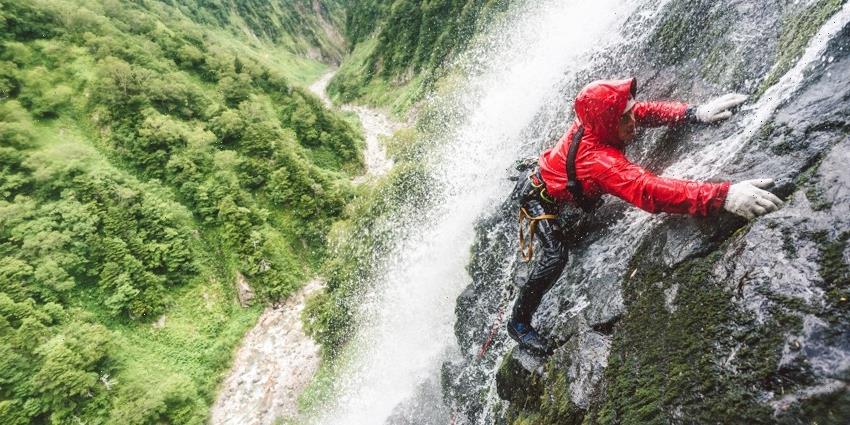 “What we’ve created with the Never Stop Exploringstation on Sonos Radio is so much more than the reimagined audio itself. The creativity of Mikael Jorgensen combined with the openness of the athletes reminiscing on their experiences has allowed us to create something sonically adventurous, offering fans and outdoor enthusiasts a truly immersive listening experience,” said Dmitri Siegel, VP of Content, Sonos Radio.

Each of the soundscapes on the radio features original audio combined with new original scores to transport listeners into The North Face’s most incredible expeditions. One particular soundscape includes a journey up Shomyo Falls, the tallest waterfall in Japan famous for its massive drop.

Long before climbing waterfalls became a sport, it was a way of life. For centuries, Japanese people in the Tateyama Mountains travelled through dense forests to neighbouring villages, following streams to protect their borders. The journeys involved skillfully traversing ravine walls, swimming through gorges, and most spectacularly, scaling waterfalls. Today, this activity is known as Sawanobori, or stream climbing. In the spring of 2018, three The North Face athletes Matty Hong, James Pearson, and Caroline Ciavaldini traveled into the spectacular Japanese wilderness to attempt this ancient practice.

View the recap of the Sawanobori expedition here, and check out the Never Stop Exploring soundscapes July 26 on Sonos Radio.