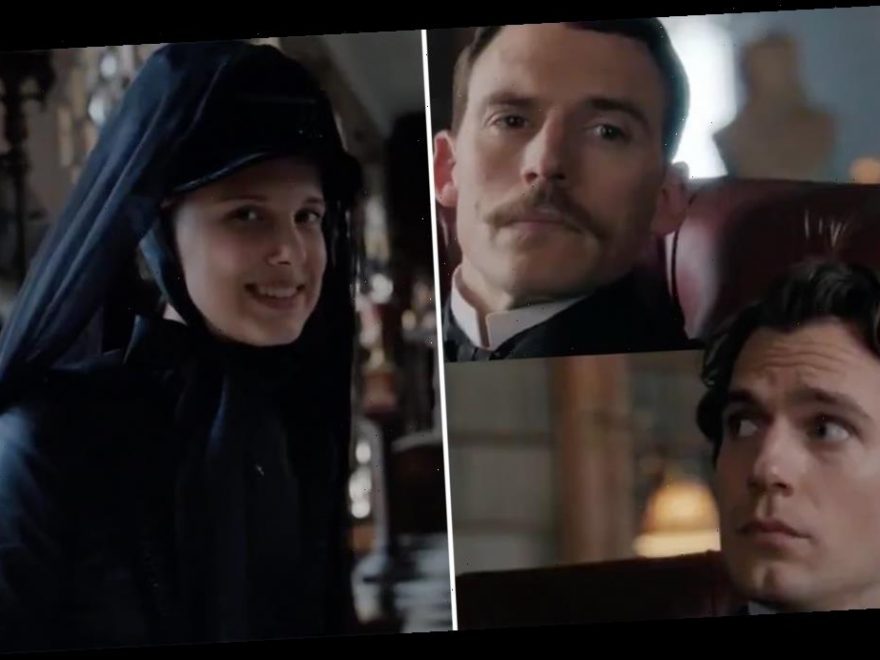 “Who are you?” is a good question when it comes to Netflix’s Enola Holmes. Enola, played by Millie Bobby Brown, is the sister of Mycroft (Sam Claflin) and Sherlock Holmes (Henry Cavill). When their mother disappears, Sherlock and Mycroft decide to send Enola to finishing school, which is just about the last thing she wants to do. If you aren’t familiar with Enola, the character comes from the young adult detective series titled The Enola Holmes Mysteries by Nancy Springer, which star and producer Brown intends to turn into a film franchise.

In the teaser, we get a glimpse of all the main players in Enola’s first “solo” adventure, including her more established brothers Mycroft and Sherlock, her mother Mrs. Holmes (Helena Bonham Carter), and a number of other yet-to-be-introduced characters — although it’s a safe bet that the boy in the carriage is the young Viscount from The Case of the Missing Marquess. It seems all our questions might be answered when the film premieres on Sept. 23, which was cleverly announced via the anagram, “alone loshme reeebtpms wnettyrhitd.”