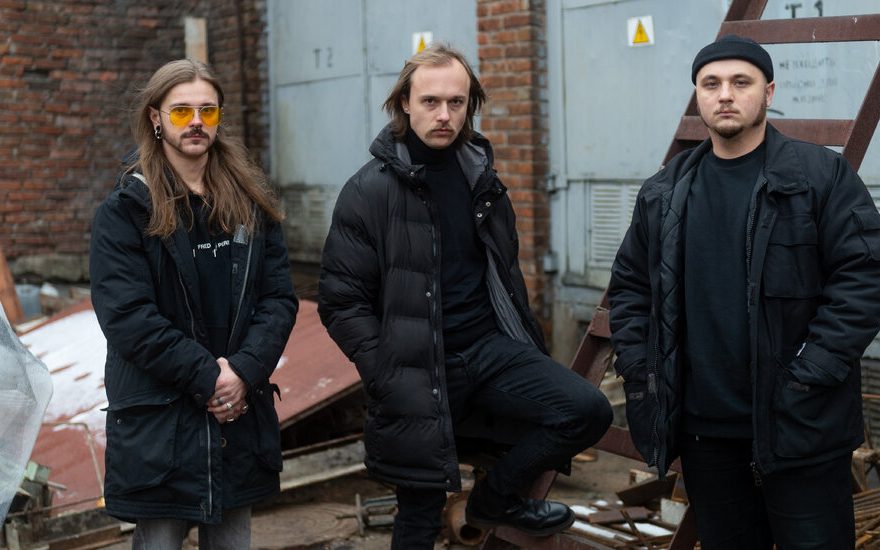 MINSK, Belarus — On a recent Saturday night, Hide, a trendy nightclub in Belarus’s capital, was packed. More than 600 clubgoers were jostling for a view of the stage in the tiny venue, hidden in an inner-city courtyard.

Social distancing was impossible, but none of the crowd seemed worried about the coronavirus. Instead, they just looked happy to have got in to see Molchat Doma, a moody local synth-pop trio that this year became a lightning rod for younger people in Belarus, and an unlikely internet phenomenon abroad.

Since August, when President Aleksandr G. Lukashenko of Belarus, who has been called Europe’s last dictator, claimed an implausible election victory, mass street protests and a brutal police crackdown have put a spotlight on the former Soviet country.

But even before that, Molchat Doma was bringing Belarus some international attention. In February, one of the band’s tracks, “Sudno” (“Vessel”), started appearing in clips on TikTok, the social media app. A TikTok spokesman said that he believed the first use was by a man promoting his tattooing business; that video got a few hundred likes. But the gloomy yet danceable song’s popularity grew, and, within a few months, it had been used in more than 150,000 clips.

In one, the music plays while a woman dyes her armpit hair blue; in another, someone tries on dozens of outfits. One short video, in which a dog wearing sunglasses runs around to the frenzied tune, has been liked more than 1.4 million times.

Most of the app’s users seem unconcerned — or unaware — that the song’s lyrics, in Russian, are about a poet contemplating suicide: “Living is hard and uncomfortable, but it’s comfortable to die” goes one line.

Word of Molchat Doma soon spread beyond TikTok, and now more than two million people stream the band’s music each month on Spotify, many of those in the United States. In November, the band released its latest album, “Monument.”

At Hide, few were talking about Molchat Doma’s social media success. Instead, fans spoke about how important the band had been to young Belarusians through this turbulent year. Some chanted slogans associated with the protests while they waited for the band to come onstage, such as “Long live Belarus!” and “We believe! We can! We will win!”

“If Belarus were music, it would sound like Molchat Doma,” said Polina Besedina, 20, waiting to get a drink at the bar. Another clubgoer, Aleksandra Shepelevich, 20, said, “These guys feel what we live in right now.”

Other fans agreed that Molchat Doma’s music had captured the atmosphere in Belarus. It may sound depressing, but it was also upbeat, said Yegor Skuratovich, 32, adding that it reflected young people’s “hope that everything will turn great.”

In a Skype interview, the band’s members — the singer Egor Shkutko, 25, and the instrumentalists Roman Komogortsev, 26, and Pavel Kozlov, 27 — said they did not make a conscious effort to address Belarus’s political situation in their music, but, naturally, the circumstances in which they live were reflected. 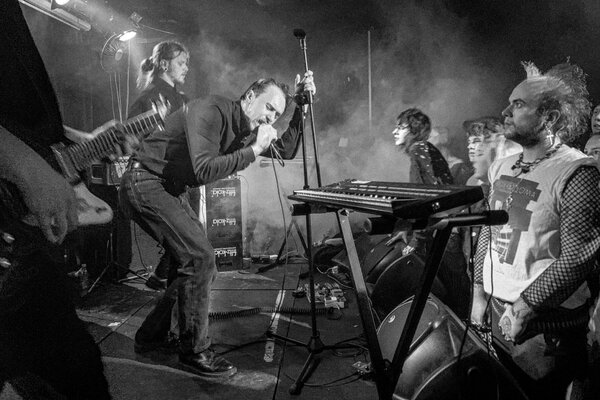 “Monument,” the new album, was finished before the disputed presidential election in August, and the band said that its songs were about failed relationships, rather than current affairs. In fact, they preferred not to talk about the protests at all.

“Any hasty word that was said too loud can result in a loss of freedom,” Kozlov said of daily day life in Belarus. “In a good situation, that would mean 15, 30 days of arrest; in a worst case, two to three years behind bars,” he added. “So, as a band, we don’t talk about politics and our music doesn’t touch upon it.”

“That doesn’t mean it doesn’t concern us,” said Komogortsev. “It does.”

The band’s success on TikTok has taken them by surprise, they said: They only found out that “Sudno” had become a hit on the app when friends started sending them clips. It was odd to see people “doing silly things to such existential lyrics,” Kozlov said, but the band quickly saw the upside, given that the pandemic had stopped them playing shows.

“I was worried that we could wither away,” Shkutko said, “but this thing kept us afloat.”

Kozlov said that he thought an idealized view of the post-Soviet world had contributed to the band’s international appeal. Its album covers and music videos feature some striking examples of communist architecture, including heroic monuments and huge concrete housing blocks.

“We make it look romantic,” Kozlov said, adding that the reality was quite different. “Just send an American to live in our apartment,” he said. “They would be shocked.”

Not everyone using the band’s music on TikTok seemed interested in Brutalist aesthetics. Kaya Turner, a psychology student at the University of Central Florida, got more than 1.2 million likes for the clip in which she dyed her armpit hair blue to “Sudno.” She said she had used the song because she had heard it in other clips on the app, and “just thought it was cool,” she said in a telephone interview. She hasn’t listened to the band since, she added.

But others have been converted into fans. Liana Gareeva, 29, a Russian customer service representative who lives in the Netherlands, said in a telephone interview that she had listened to everything Molchat Doma had released since coming across them on TikTok.

In August, she decided to use the band’s popularity on the app to raise awareness of the situation in Belarus. She posted a clip of protesters being beaten, with “Sudno” playing as a soundtrack, overlaid with the message “Belarus we are with u!” It got about 4,000 likes.

“Young people don’t read the news, so they look at TikTok,” Gareeva said. “I know a lot of people think this app is stupid, but I’ve learned so much from it.”

Back at Hide, the crowd clapped and whistled for Molchat Doma to come onstage. When the musicians finally arrived, dressed all in black, everyone surged forward for a better view.

For nearly two hours, the band played and the audience danced to songs that might be about heartbreak, or maybe protest.

“I don’t give a damn about what will happen to me later,” Shkutko sang toward the end of the show, his voice booming over a bouncy, ’80s-inspired beat. “I dance like a God, because tomorrow will not be the same,” he sang.

A few days after the show, Molchat Doma posted a clip from the show on TikTok. The video showed Shkutko bathed in blue light, writhing to the beat, his eyes closed as he sang. The song was “Sudno” and the clip soon amassed 5,600 likes. It was a respectable number — but a lot less than the blue armpit hair got.