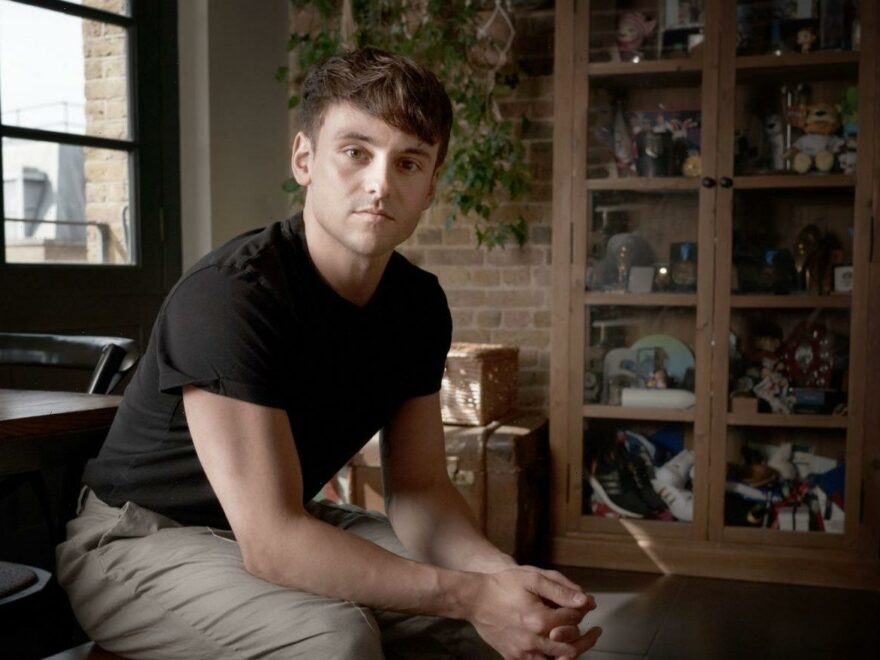 It’s currently illegal to be gay in over half of Commonwealth countries. Olympic diver Tom Daley’s new BBC documentary will reveal the very real fears of LGBTQ+ athletes at risk of persecution in the countries they represent.

As the Commonwealth Games 2022 kicks off today with a celebratory opening ceremony, Olympic gold medallist, double world champion diver and all-round British sports superstar Tom Daley will carry the Queen’s baton into Birmingham’s Alexander Stadium. But, keep your eyes peeled for the special guests walking alongside him.

The athletes and activists striding into the stadium with the champion diver are all people Daley met while filming a documentary illuminating a darker side to the Commonwealth we don’t often see.

Currently, it is illegal to be gay in over half of the 56 member states of the Commonwealth. Some countries enforce appalling punishments including whipping, life imprisonment and even death. This means some of the competitors at this year’s games live in fear of horrifying brutality while living in the countries they represent.

Tom Daley: Illegal To Be Me, a new BBC documentary film airing next month, will follow the athlete as he visits some of the Commonwealth’s most homophobic countries to uncover the very real danger and discrimination faced by the LGBTQ+ community in these places.

In the film, Daley travels to Pakistan where the maximum penalty for homosexuality is death by stoning and Jamaica where the punishment is 10 years imprisonment with hard labour, talking to top male and female sportspeople facing persecution.

He’ll also speak to those fighting for change, including Michael Gunning, the only openly gay athlete on Jamaica’s national team; Dutee Chand, India’s first openly gay athlete; and swimmers Theresa Goh and Amini Fonua who are vocal supporters of LGBTQ+ rights in Singapore and Tonga.

“I’ve experienced homophobia all my life, competing in countries where it’s illegal to be me and where I don’t feel safe to leave the venue I’m competing in,” Daley said in a statement. “If I feel like that as a privileged man, I can’t imagine what day-to-day life is like for LGBT+ people around the Commonwealth.”

Daley has long been a vocal supporter of LGBTQ+ rights. After winning his first Olympic gold medal in Tokyo last year, the diver shared an empowering message to the LGBTQ+ community after his win.

“I hope that any young LGBT person out there can see that no matter how alone you feel right now, you are not alone and that you can achieve anything and there is a whole lot of your chosen family out here ready to support you,” Daley said following his win. “I feel incredibly proud to say that I am a gay man and also an Olympic champion.”

As a result of the documentary, Daley will be submitting a manifesto of action points to the Commonwealth Games Federation to create meaningful and long-lasting change for LGBTQ+ sportspeople. “We’re working on a campaign that we wanted to be more than just something you see in a documentary that you watch for an hour and then move on. We wanted it to be something that actually makes a difference,” said Daley.

“The Commonwealth Games Federation can be a shining example to other sporting organisations that sports really can be for everyone and with the pull power sports has, we can hopefully influence change to horrendous human rights laws that exist in so many countries around the world,” he added. “Along with incredible LGBT+ people around the Commonwealth, we will make a difference.”

Tom Daley: Illegal To Be Me will air on Tuesday 9 August at 9pm on BBC One and BBC iPlayer.