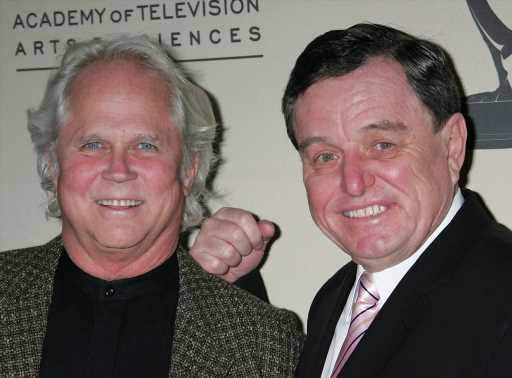 Tony Dow, who became a star at 12 as Wally Cleaver, the barely teenage older brother on the popular 1950s and ’60s comedy series “Leave It to Beaver,” died Tuesday. He was 77.

His death was announced by his representatives in a post on his Facebook page. It did not say where he had died. In May, Dow said he had been diagnosed with prostate and gall bladder cancer.

Dow went on to a varied adult career, finding mixed success as an actor, a director, a producer and later a sculptor, but he could never quite shake his association with “Leave It to Beaver,” a dose of early-life fame that might have contributed to his later struggles with depression.

The central character on the sitcom was the button-cute, trouble-prone Beaver Cleaver, played by Jerry Mathers, but whenever Beaver needed the benefit of counsel from someone older and wiser who was not likely to yell at him, he turned to Wally, his only sibling and most trusted confidant. They shared a bedroom — and an en suite bathroom — in an immaculately kept two-story house in Mayfield, a fictional, walkable, crime-free, apparently all-white U.S. suburb.

Wally was a good student, polite to his elders and a responsible good guy “dripping with decency and honesty,” as Brian Levant, executive producer of the 1980s sequel series “The New Leave It to Beaver,” described him to The Arizona Republic in 2017. Wally played Chinese checkers with his brother in their room, sometimes went along with his friend Eddie Haskell’s misguided pranks and was young enough in the first season to ask, “Dad, if I saved up my allowance, could I buy a monkey?”

And he would never “squeal on” the Beav, unless he had to.

As the seasons passed, Wally matured, capturing the attention of adolescent female viewers, but his attitude toward his brother remained largely unchanged. “What did you go and do that for?” he would ask. And, “Will you stop being nice to me and just go back to being a little creep?”

But when he was talking to his parents, Wally was more thoughtful. As he observed at the end of one episode, “For a little kid like that, a lot of stuff sure goes on in his head.”

“Leave It to Beaver,” which also starred Barbara Billingsley and Hugh Beaumont as the boys’ polished, suburban-perfect parents, was on the air from 1957 to 1963, but it endured far longer, in endless reruns and as a pop culture touchstone for the baby boom generation.

Anthony Lee Dow was born in Hollywood, California, on April 13, 1945, the son of John Stevens Dow, a designer and contractor, and Muriel Virginia (Montrose) Dow. His mother was a stuntwoman in Westerns and had been the movie double for silent screen star Clara Bow.

Tony Dow was an athletic boy who won swimming and diving competitions. In fact, it was a coach who suggested that Tony accompany him to an acting audition, the boy’s first. He had virtually no acting experience when he was cast as Wally Cleaver in “Leave It to Beaver.”

“I was always a little rebellious,” the website The Outsider quoted him as saying in 2021, and success had come so easily. His face was soon on the cover of magazines aimed at teenage readers. After six years, as the fictional Wally was preparing to go to college, Dow was ready to move on to something new.

In his 20s, he began to suffer from clinical depression, which he described as a “self-absorbing feeling of worthlessness, of hopelessness.” Helped by psychotherapy and medication, he became a spokesperson for the National Depressive and Manic-Depressive Association.

“I realize there’s a perceived irony about this,” Dow told The Chicago Tribune in 1993, acknowledging that his name and face were associated with one of the sunniest series in broadcast history. But fame was part of the problem.

“If you have anonymity, you can sit in the corner and pout and nobody cares,” he said. “But if you’re a celebrity, pouting is frowned upon.”

Twenty years after “Leave It to Beaver” went off the air, it returned — in the form of a CBS television movie, “Still the Beaver” (1983). It reunited the cast, with the exception of Beaumont, who had died in 1982 at 72. Wally was by then a lawyer who had married a high school sweetheart. Beaver was going through a messy divorce.

The film became a Disney Channel series for one season and returned on TBS as “The New Leave It to Beaver” from 1986 to 1989. The series offered monsters in the closet; mishaps with borrowed cars, bicycles, comic books, football tickets and prom dates; and a seemingly unending supply of flashbacks (clips from the original series).

In the ’90s, Dow turned to directing, hired for episodes of shows such as “Coach,” “Harry and the Hendersons,” “Babylon 5” and, of course, his own “The New Leave It to Beaver.” He directed a television movie, “Child Stars: Their Stories” (2000), and produced two others, “The Adventures of Captain Zoom From Outer Space” (1995) and “It Came From Outer Space II” (1996).

When he appeared on camera in movies or television later on, it was often with a healthy dose of amused self-awareness. In David Spade’s comedy “Dickie Roberts, Former Child Star,” Dow sang in the front row of a glee club of former child stars. His last screen role was on a 2016 episode of the anthology series “Suspense.”

Along the way, Dow also had a contracting business and did visual effects for film. But he found his passion when, in his 50s, he began doing sculpture, working primarily in burl wood and bronze. In 2008, his sculpture “Unarmed Warrior” was shown in Paris at the Salon de la Societé Nationale des Beaux-Arts, Carrousel du Louvre.

He was with his first wife, Carol Marlow, from 1969 until their 1980 divorce. He married Lauren Shulkind, a ceramic artist, in 1980. Information on his survivors was not immediately available.

Dow said in the end that he was no longer troubled by the outcome of his early success. “I felt that way probably from the time I was 20 until I was maybe 40,” he said in a 2022 interview on “CBS Sunday Morning.” “At 40, I realized how great the show was.”This article originally appeared in The New York Times.