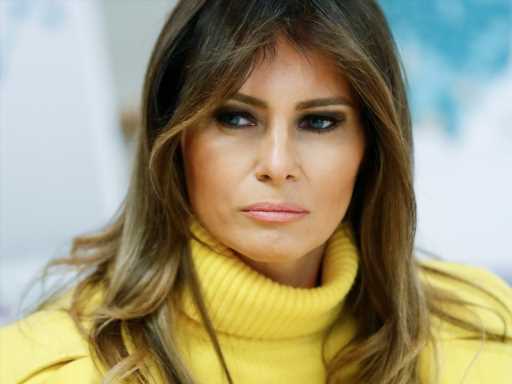 Melania Trump’s time in the White House wasn’t an idyllic season of life for her. She preferred her former private life over her public role as First Lady, but her office seems like it was the “Battle of the Stephanies” during her time in Washington, D.C. With the recent release of Stephanie Grisham’s book, I’ll Take Your Questions Now: What I Saw at the Trump White House, the ex-chief of staff continues to feud with Melania’s former BFF, Stephanie Winston Wolkoff.

In Grisham’s book, she calls out Wolkoff for being one of the Trump family’s “wealthy grifters from New York” whom she described as “people who claim to know what they were doing and made huge promises they couldn’t deliver.” She believed that Wolkoff consistently drove a wedge between the East and West Wings and fueled a lot of the conspiracy theories throughout the administration. Even though the women met “maybe three times,” according to Grisham, the conflict was there from the beginning and never resolved itself.

Wolkoff issued a rebuttal to Grisham’s words on Air Mail on Thursday calling her a “destroyer” while serving in the White House. “There are people who build things and people who destroy them,” Wolkoff wrote. “Stephanie Grisham is a destroyer, and in her memoir, she seems to show no genuine remorse for the destruction that she caused.” She also took issue with being called a grifter by Grisham, pointing out that she was “in charge of planning and running the Met Ball for more than a decade, and that it was Melania and Ivanka [Trump] who sought me out to help them, not the other way around.” So Wolkoff would prefer it if Grisham took responsibility for her actions during her time with the Trumps.

But what’s curious about the whole situation is that the two women do agree on one particular topic: turmoil in the Trump White House. It was an administration that took a toll on many of the senior advisors, aides and friends who came to Washington, D.C. hoping to make their mark in the political world. In reality, it has spilled over to feuds that could last far longer than Donald Trump’s four years in office.

Before you go, click here to see quotes that prove Melania Trump is a lot like her husband.