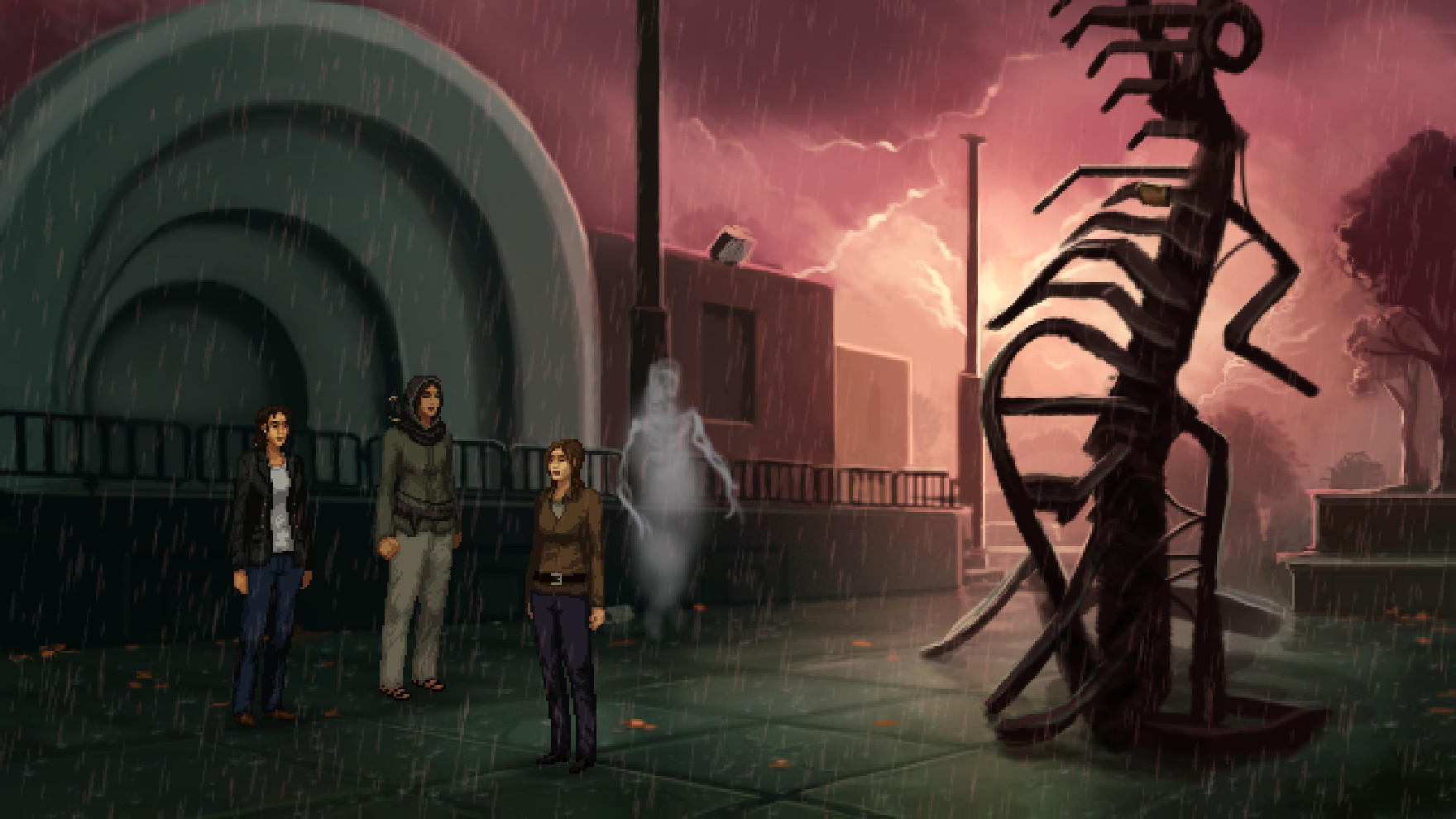 A reader gives their view on graphic adventure Unavowed and why it beats Return To Monkey Island as the best game he’s played this year.

Since playing Return To Monkey Island I’ve been in a bit of an adventure game mood, clearing out some of my backlog. I’ve just finished Unavowed, which I hadn’t heard of until it was mentioned on a podcast I listen to. I couldn’t find a GC review, so I imagine it passed them by too.

It starts with the player character having a demon exorcised from them by two strangers, and through flashbacks shows that he had been possessed a year earlier, and in the intervening time the demon has gone on a murder and mayhem spree.

With the exorcism successful, the strangers inform the player character that they are members of a secretive paranormal police force called the Unavowed and due to the player being hunted by the ‘normal’ police for the demon’s crimes, he really has little choice but to join the group.

After that, the game plays as a kind of adventure game Mass Effect (with a bit of Dragon Age: Origins thrown in – the main character has three possible backgrounds, the choice of which alters the flashback scenes, as well as a handful of puzzle solutions) with the team taking on missions investigating paranormal phenomena around New York.

You can take two teammates on every mission, each of whom has different powers and skills, impacting how puzzles can be solved. One is a half-jinn who can detect spoken falsehoods, for example, whilst another is a former cop who still has contacts on the force and can call in favours. Then there are the ubiquitous story decisions, which are always more complex than straight good versus evil. The game doesn’t judge your choices at any point either, although they do tie in to the endgame in some interesting ways.

None of the puzzles will particularly tax anyone, but they’re not really the point of the game. The main focus is on the story and writing, with the characters chatting to each other whilst on missions, and the opportunity to get to know your teammates better back at HQ between missions. Each mission tells a compelling self-contained story, which nevertheless acts as a building block in a larger narrative.

The writing really is what set the game apart for me. The chatter between the teammates feels natural and the story throws up some excellent surprises. The dialogue is all voiced, with strong performances all round. The pixel art graphics are great too, managing to create a surprisingly atmospheric world.

It might just take the title of the best game I’ve played this year. (Well, the best new game. I did play Monkey Island 2 again in preparation for Return. Not much is going to be able to touch that!) I’ll definitely be looking out for whatever the developer, Wadjet Eye Games, do next. Although, if they could include the ability to pause the next game it would be greatly appreciated (apparently due to the game engine used, adding a pause function wasn’t as straightforward as one might expect).

By reader Sparky the Yak

The reader’s feature does not necessary represent the views of GameCentral or Metro.

You can submit your own 500 to 600-word reader feature at any time, which if used will be published in the next appropriate weekend slot. Just contact us at [email protected] or use our Submit Stuff page and you won’t need to send an email.