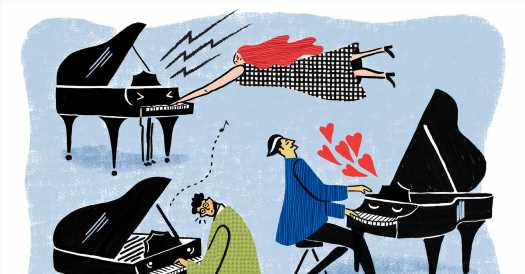 My piano was overdue for a tuning in March, when my apartment building and the rest of New York City entered lockdown. All work by “outside parties” like housekeepers was not allowed, except for emergencies. An out-of-tune piano hardly seemed an emergency.

Professional pianists across the city faced the same predicament. “My piano was in horrible condition,” Conrad Tao recalled recently.

“I finally went out in March and bought a tuning hammer,” he added, referring to the standard tuning tool that is actually a wrench-like lever. By tightening various strings, he tried his best to make the worst intervals between pitches, he said, a “little better.”

Jeremy Denk — who, like many pianists, doesn’t know “the first thing about piano technology,” as he admitted in an interview — summoned his skills of personal persuasion. “I got my super on board, though it was dicey at the beginning,” he said. “I explained that this was my work — that my technician was essential.” 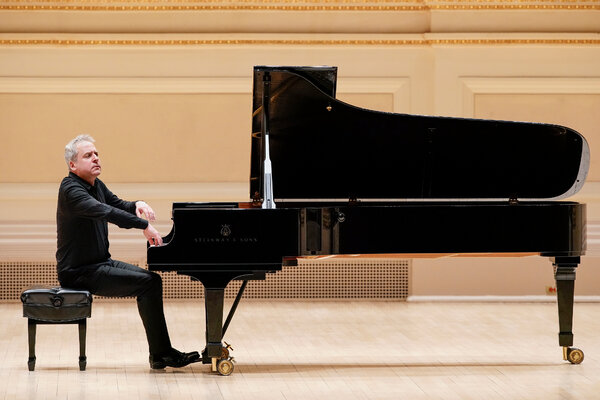 Why are pianists at such a loss when it comes to understanding the mechanics of their own instrument? This lack of knowledge separates them from almost all other instrumentalists. Not only can violinists, clarinetists, harpists or flutists tune their instruments, and even bend pitches in performance, they also, by and large, know much more about how their instruments work. In music school, I used to marvel at oboe players who would sit at lunch talking about different kinds of cane wood and the various knives and such they used to make their own reeds.

Most musicians own, maintain and perform on their own instruments. If you’re a gifted young violinist, you may not have a priceless 17th-century violin, but you likely have a good instrument you can bond and travel with.

When serious pianists tour, though, they almost never bring their own instruments, which require professional movers to transport. From their student days, pianists are compelled to develop adaptability. After practicing a piece at home, a Conrad Tao or Jeremy Denk must perform on whatever instrument a hall has to offer. And some can be pretty bad. Young pianists at the Juilliard School have long traded battle stories of having to play on a “real PSO” — a “piano-shaped object.” Very fine pianos vary enormously in terms of sound, action and responsiveness to touch. Even a superb Steinway in a concert hall may take adjusting to, and may not suit a particular pianist’s preferences.

“A lot of my job involves working with pianists on this very problem,” Joel Bernache, a technician with Steinway & Sons in New York, said in an interview. Steinway has long held a contract to provide and maintain concert grand pianos for Carnegie Hall. There are currently two at the ready at Stern Auditorium, Carnegie’s main stage: an American Steinway, from New York, and a German Steinway, from the company’s factory in Hamburg. Though Mr. Bernache said both are “clear and bright,” the New York piano is a bit louder and produces more of a fundamental tone, or “bottom.” The Hamburg one has “a cleaner and more transparent sound. You could say it’s more ‘direct.’” (These instruments, by the way, only last about five or six years, and in some cases 10; today’s pianists aren’t hitting the same keys Rubinstein touched.)

The keyboard mechanism of a grand piano is a complex system of interconnected parts, starting from the plastic-covered wooden key and ending with the shank with a felt-covered “hammer” that lifts to strike the strings. There are three dozen adjustable components for each key mechanism, and 88 total keys. Many pianists who come to Carnegie to try out the pianos ask for subtle adjustments to be made before a concert. That task often falls to Mr. Bernache.

“As a technician, I’m kind of all that’s between pianists and their performance,” he said. Some soloists complain even about Carnegie’s pianos.

“They’ll say, ‘The action is too stiff,’” Mr. Bernache said. But that criticism can mean different things to different pianists. Mr. Bernache can make adjustments by lubricating the internal parts, or slightly changing the key dip — that is, the level the key goes up or down. Often, this can give a pianist the impression that an instrument is easier to play, the sense that more sound is coming out. Mr. Bernache emphasized that “sound and touch are inextricable.”

He mentioned Daniil Trifonov as an example of a pianist who has such tremendous technique that adjusting to an unfamiliar instrument is seldom an issue; fine points of touch matter “far less to him than the overall playability of the piano and the sound it produces, the volume and lingering quality.” But in the case of a famous pianist Mr. Bernache did not want to identify, every selection is “a crisis of decision.” At one point when Carnegie offered three pianos for this artist to choose from, Mr. Bernache recalled, “he couldn’t decide which one he hated the least.”

Mr. Denk said he has worked with some “amazing” piano technicians, but remains a little confused by what they do. “Sometimes they’re mystified by me when what I express doesn’t translate into any specific measurement,” he added. A keyboard can feel “spongy” or “alert,” he said. But those imprecise physical sensations are completely affected by his impression of the sound coming from the instrument.

And yet, Mr. Denk said, he has not been tempted to gain more knowledge about the mechanics of the piano. “It would just be something else to worry about” before a performance, he explained. “When I arrive, I try not to panic. You let the piano speak to you; you get acquainted and adjust.”

Gilbert Kalish, a longtime professor of piano performance at the State University of New York at Stony Brook, said he finds the necessity of adjusting to quite different pianos an “interesting challenge.” He emphasizes to his students: “You don’t play by feel; you don’t play by habit; you play by sound, by listening to what’s being produced. You have to learn to trust yourself, not to depend on someone out there listening.”

Many people might assume that a pianist would prefer the piano with the least resistance in the action. Not necessarily. “Some resistance allows for more contrast,” Mr. Kalish said. With a lighter action, he has found, it’s “harder to be subtle with dynamics, to create greater contrasts.”

Among the leading pianists of our time, Mitsuko Uchida is known for her unusually detailed knowledge of the piano’s mechanics and her high standards. She has worked with some of the top technicians in the world, but since 1993 has relied mostly on Steinway’s Georg Ammann, who in an interview she called the “so-called ‘travel technician’ from the Hamburg factory.” He has been with her for many important concerts and all her recordings. Regarding the action, she said, “I like the response to be fast and light, and don’t like it if it’s stodgy and it rubs against everything.”

As she described her preferences, Ms. Uchida’s intimate knowledge of piano technology came through vividly. With many instruments, she said, “you get stuck when the weight is different key to key, the piano has been sloppily prepared, and the dampers have not been adjusted — or the spring in the pedal.” Problems can emerge when “the pin underneath the key is dirty, or the other pin in the middle of the mechanism is dirty, or rubbing, or slurping,” she said.

Whenever possible, Ms. Uchida brings her own piano, which is unusual among pianists, even major ones. (Vladimir Horowitz, in his later years, often played his own piano, or one reserved specifically for him by Steinway; more recently, Krystian Zimerman has almost always traveled with his instrument, and understands its mechanics thoroughly.) At her home in London, Ms. Uchida has three concert grands, and keeps another “parked in Germany,” she said, making it easier to transport it to halls and recording studios in continental Europe. Obviously, the logistical challenges of moving a piano long distances are considerable — not to mention the expense. Do institutions cover the cost? While it’s “case by case,” Ms. Uchida said, usually not.

But she put this expense in context. “I have no excess otherwise,” she said. “I don’t need country houses, expensive jewelry, expensive cars, special collections of whatever.”

She does avoid shipping to the United States, however — except once, some years ago, when she went on tour with the Bavarian Radio Symphony Orchestra of Munich to South America and New York. “The South American pianos were not to be recommended,” she said. So she brought her own, which she also used for a concert at Carnegie Hall.

It’s not hard to imagine why pianists might long for this luxury of always being able to perform on their own instruments. Still, Mr. Tao made an affecting argument on behalf of adaptability.

“I see the reality of being a pianist as a gift, an opportunity that expands the idea of what technique in music can be,” he said. The notion that you practice a performance to perfection at home and then repeat it in a concert is “taken off the table,” he added. “With every new instrument, you have to be humbled a bit, and develop a connection to the logic within your playing.”

Back at my apartment, the technician finally dropped by, tuned my piano and made mechanical tweaks to a few of the keys. Afterward it piano felt and sounded vastly better. I have no idea what was involved.