Untitled Teenage Sex Comedy that Can Be Made for Under $10 million That Most Readers Will Probably Hate But I Think You Will Love. That was the working title of the original screenplay Adam Herz shopped around in the late 1990s. It evolved into American Pie, and it wasn’t just the studio executives ate it up. Released on July 9, 1999, the raunchy adventures of a group of high school pals that make a pact to lose their virginity before graduation earned $102 million at the box office.

If There’s Something About Mary pushed the envelope with sexually charged gross-out movie humor in 1998, then the students at East Great Falls High in Michigan kicked it into oblivion. Most of the risqué, shockingly hilarious scenes revolved around Biggs’ hapless Jim, who just couldn’t seem to seal the deal. His attempt to broadcast a sexual liaison with Elizabeth’s foreign exchange student Nadia was a disaster. (The encounter went viral before going viral was a thing.) Then, in a scene that would probably be deemed too risqué in 2019, he pulled his pants down in the kitchen and experimented with … a warm apple pie. Many films have tried to replicate that shocking humor; many have failed.

We didn’t come to American Pie for the plot twists. So when Alyson Hannigan’s mousy Michelle Flaherty tortured Biggs’ with long-winded anecdotes that always started with “This one time, at band camp,” we assumed she served as an amusing geeky foil. It’s fair to say that we also blew past Hannigan’s inclusion in the ensemble. Sure, she could spit out Joss Whedon-crafted dialogue as the rather-bookish Willow Rosenberg in Buffy the Vampire Slayer. Yukking it up in a broad comedy? Nah. But Michelle surprised us all by being the randy-est, most provocative of them all. What happens at band camp apparently doesn’t stay at band camp.

Though she played a teenager, Lyonne’s Jessica behaved like a mature, Millennial elder stateswoman. That’s a compliment. So pour one out for a girl didn’t hook up with one of the horny jocks at her high school and, frankly, didn’t care. And yet, Jessica was also smart enough to impart pearls of frank sexual wisdom to her anxious friend Vicky (Reid). I suppose it makes sense that in 2015’s American Reunion, Jessica noted she was gay with the same matter-of-fact candor. It also makes sense that Lyonne owns the most eclectic post-American Pie career, appearing in edgy fare such as Orange Is the New Black and Russian Doll. Don’t even think about it, Dancing in the Stars. 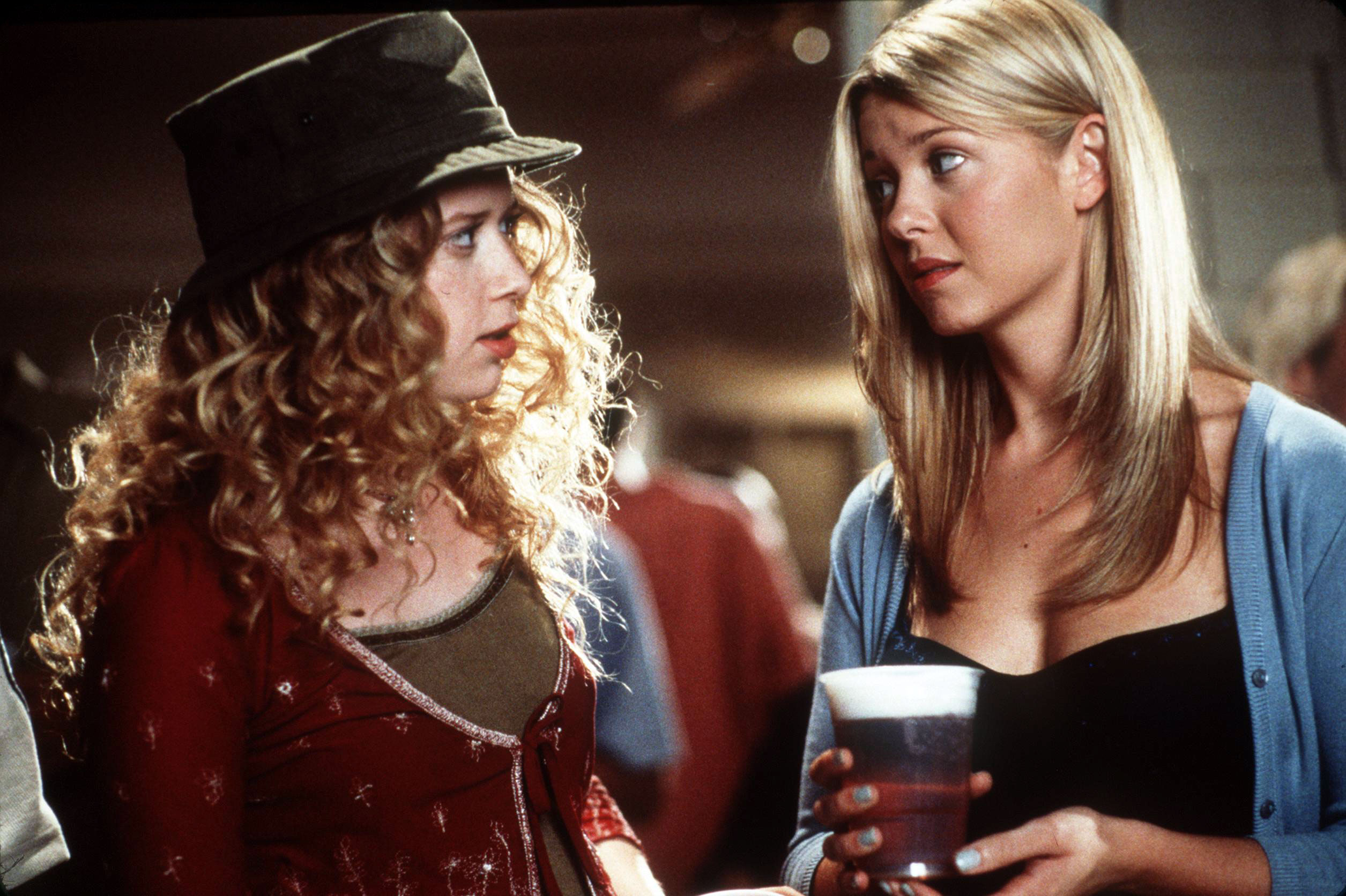 Leave it to two improv comedy veterans to provide American Pie’s sugar and spice. (Food metaphors are fun!) Eugene Levy, he of Schitt’s Creek and the most distinguished eyebrows in human history, played it straight as Biggs’ befuddled-yet-supportive dad. Put it this way: That scene in which he caught his son with his pants down in the kitchen? A typical teen comedy movie dad would have bullied his son or mocked him or played dumb. Jim’s dad sat down and attempted to empathize. He’s like a hirsute unicorn. Meanwhile, Jennifer Coolidge’s saucy vixen — i.e., the definitive MILF —seduced her son’s friend (Eddie Kaye Thomas) and somehow didn’t make it seem creepy-illegal. This pair is truly the best in show.

The American Pie budget actually came in at $11 million. Whatever. Though Cruel Intentions, She’s All That and 10 Things I Hate About You carried the cool cards in 1999, this little comedy was arguably the most influential of the group. Without the hijinks of the East Great Falls High Class of ‘99, there would likely be no Hangover flicks. No Old School. No Superbad. No Booksmart. No [insert low-budgeted raucous flick featuring untested movie stars here]. And 20 years later, a gross-out teen sex comedy with a heart — which wasn’t a comic-book adaptation or a franchise reboot — remains remarkably fresh. BTW, not to make you feel ancient, but Jim and Michelle’s kid will be in high school in just a few years.