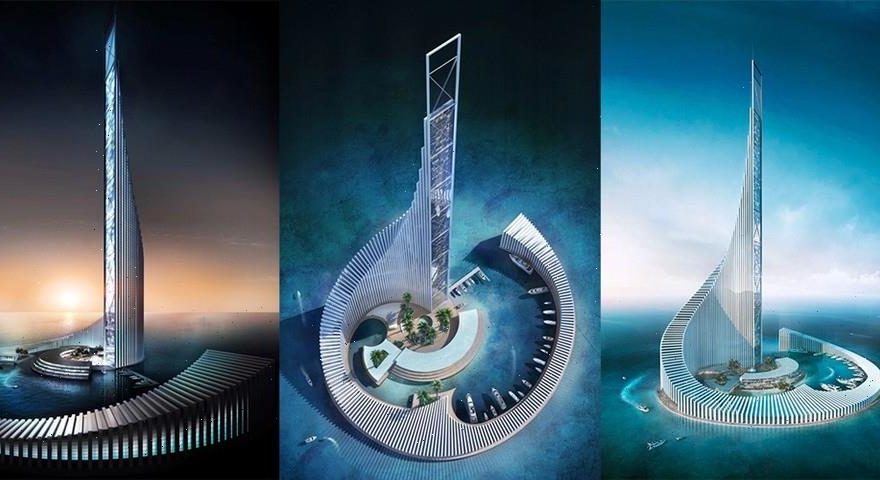 “First sketched in Paris in 2009 after my late father, two sons and I played a round of dominos, I dreamed of building this project for over a decade. Between its innate mathematical order and geometries found in nature, its pure lines and proportions that evoke growth, progress and freedom, it had all the bearings of an icon anyone could remember and draw on a paper napkin. All it lacked was the right visionary investor and site to make it come true,” said founder and design director of xCassia, Jean-Paul Cassia.

Amenities include 560 residential units, a five and six-star hotel, spas, green walls, four helipads, 104 over-water villas, an arrival dock, a three-par golf course, and F&B outdoor areas that can accommodate up to 800 guests.