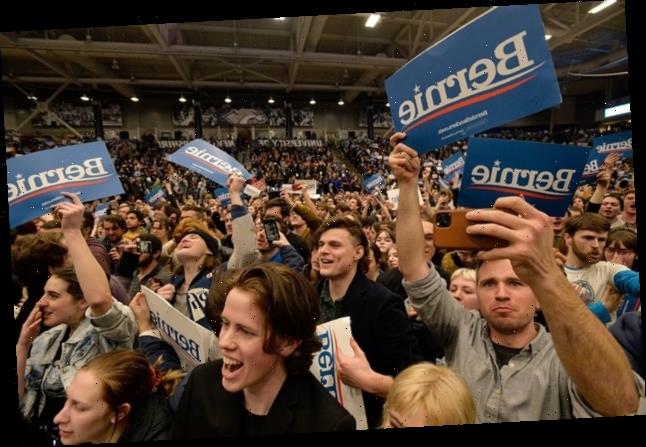 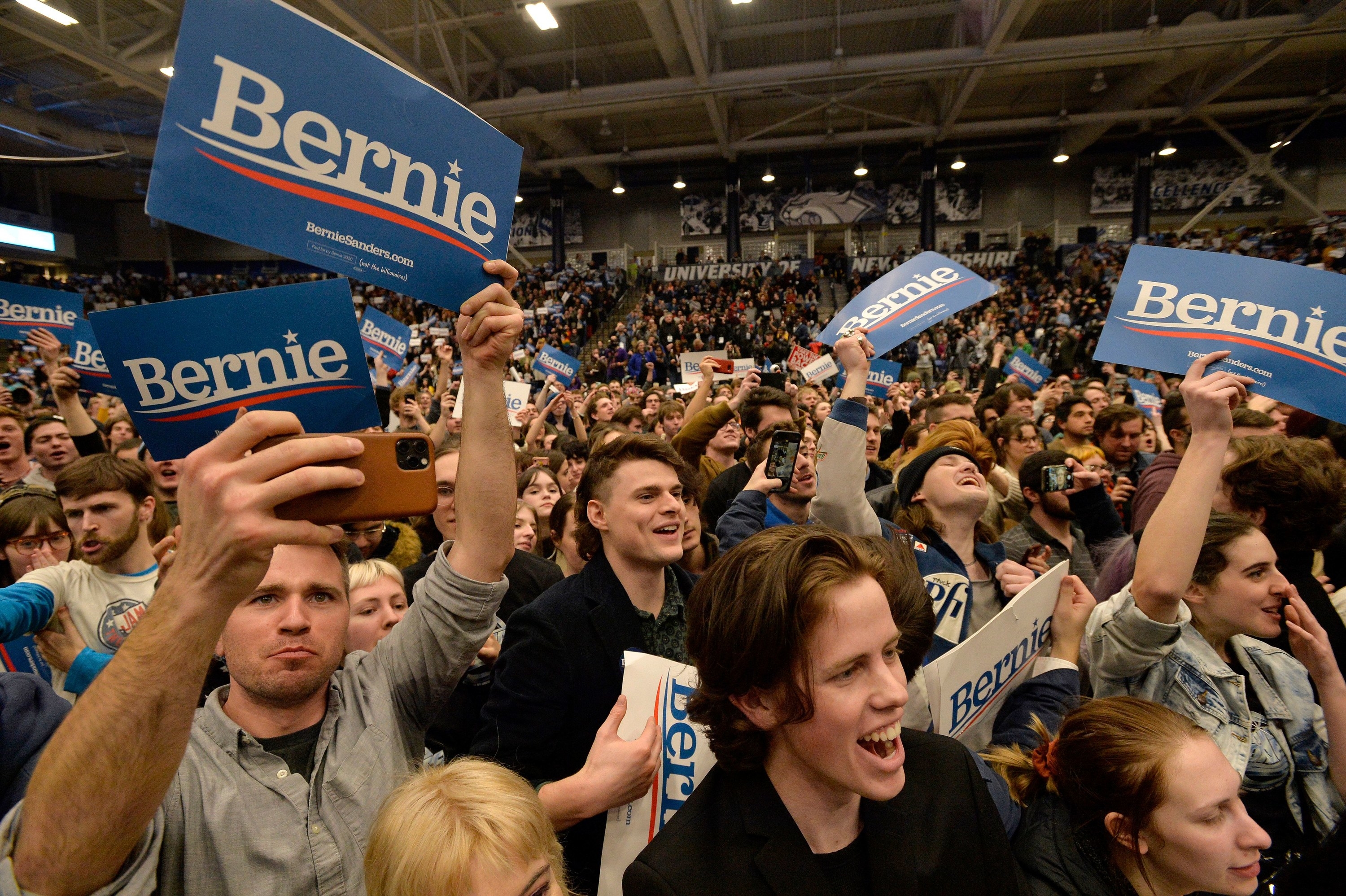 Supporters of Democratic presidential hopeful Sen. Bernie Sanders attend a rally at the University of New Hampshire in Durham.

DURHAM, New Hampshire — It was the final hours before the New Hampshire primary and the volunteers who’ve been mobilizing young voters for Sen. Bernie Sanders were stressed out.

Members of the Sunrise Movement, a grassroots organization founded by climate activists, and New Hampshire Youth Movement, a group made up of former students from the state, have watched former South Bend, Indiana, mayor Pete Buttigieg steadily rise in the polls and start to close the gap with Sanders. And they were working overtime on Monday to make sure Sanders would come out ahead.

“We’ve been saying for so long just how important New Hampshire is, and after Iowa, it just liked tripled how important it is,” said Olivia Freiwald, a 20-year-old organizer with Sunrise Movement. “I was listening to the radio the morning the day after the caucuses, and they were saying Pete declared victory even though all of the precincts weren’t reporting. It was all fuckin’ fake, like, OH MY GOD. It was a fake victory, but it was real momentum for him here and he went up like 14% in New Hampshire and started closing the gap here, and we hear people all the time saying they’ll vote for whoever they think is leading in the polls, and that’s concerning.”

Buttigieg left Iowa in a split victory with Sanders in the caucuses, with the results still muddled after technological and human errors. The momentum from the caucuses, though, has still propelled Buttigieg in New Hampshire, with some polls showing him competitive with Sanders.

Before one of their final pushes to turn out young voters at college campuses across the state, volunteers at the University of New Hampshire took a moment to ground themselves and to drive home the fact that the organizing they’d been doing for over year to bring the United States closer to a Green New Deal with a presidential candidate who supports implementing one could come down to thousands of votes and increased youth participation at precincts in college towns across the state.

“Now come back to your own body — it’s Feb. 11 and it’s 8 p.m. and they counted the votes coming out of the precincts so quickly because of what happened in Iowa and they knew everyone would be waiting for another disaster to happen, so 60% of the precincts are already reporting and Bernie and Pete are neck and neck and we’re sweating,” Freiwald said to volunteers who’d gathered at a coffee shop near campus. “But then it’s 10:30 and 100% of the precincts are reporting and Bernie wins by 10 votes and the reporters talk about how record numbers of young people turned out to the polls at places like UNH and Keene State — all of the places where we’ve been working and talking with young people for months.”

Dylan Carney, a cofounder of the New Hampshire Youth Movement, said that organization and the Sunrise movement have spent the past six months getting 12,000 students pledged to vote at campuses across the state. Both groups decided to endorse Sanders in January and have been working toward pushing students to show up to the polls for him.

“We’ve spent the last 20 days doing everything we can on college campuses to get students to plan to vote for Bernie Sanders, getting them aligned on the issues we care about, and making sure they have a plan to vote,” Carney told BuzzFeed News. Volunteers for the two groups have spent that time getting students to sign pledge cards to commit to voting, door-knocking in campus dorm rooms, inviting them to take buses to the polls, and they’ve made over 20,000 phone calls to students across the state to talk about issues like climate change, student loan debt, and Medicare for All.

The organizations have hosted volunteers from across the country in family homes and Airbnbs across the state as they’ve made the push toward the election, and because New Hampshire law doesn’t allow third-party organizers to register people to vote themselves, they’ve been reminding students that registering to vote is extremely easy.

Freiwald, a Tufts University student who stepped away from her courses to focus on electoral work, said anxiety around climate change and their futures has been a driving point for students she’s canvassed at UNH who say they’re committed to voting for Sanders.

“I mean even my anxiety has manifested in a way that I felt like I literally can’t even include school in 2020 because it’s that urgent of a moment for young people to be like taking back the power and winning this year,” Freiwald added. She’s been canvassing students at UNH since Jan. 5 and spent Monday morning outside in the freezing rain telling students why she supports Sanders’ campaign and reminding them that they can register on the same day of the election. She said that she sees New Hampshire as a crucial step toward electing Sanders and that the muddled results and multiple candidates declaring victory has shaken up the race here.

Just after talking about her fears about people switching back and forth between Sanders and Buttigieg, she stopped another student who’d been wondering if she could register the same day and who said she’d been deciding whether to vote for one of the two and that her top issue was climate change.

“I mean as much as everything else matters issue wise nothing else really matters if we don’t even have a place to live,” the student told Freiwald while nervously laughing. Freiwald told her that a while ago that she was in the same position about whether to support Sanders or Buttigieg before she’d found out that Buttigieg had taken money from fossil fuel executives and pointed out that he’d attended a fundraiser in a California wine cave owned by Craig Hall, who is an investor in a fossil fuel company.

“After that it was just like, Damn, I don’t know if I can fuck with you anymore. Like, can I trust you?” Freiwald said. The student told her she hadn’t realized that and said she was leaning toward supporting Sanders as she signed a rain-soaked pledge card.

The name of the New Hampshire Youth Movement was misstated in a previous version of this post.