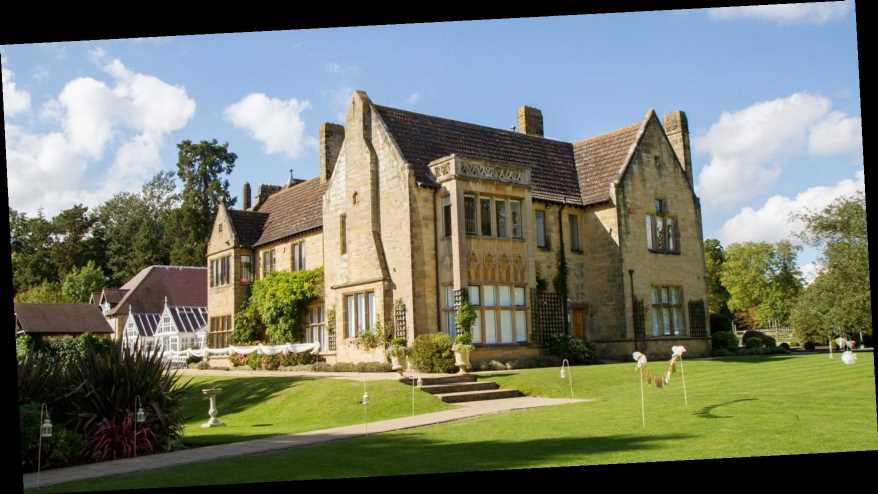 There’s something to be said for enjoying the finer side of life, and we aren’t about to discriminate against anyone who does. However, a lot of the time people who have a bit of extra cash in their bank account like to hide away from all the chaos – and there’s no better country to do that in than the United Kingdom.

From Scotland and Northern Ireland to Wales and England, the proof is well and truly in the pudding when it comes to the joy of the countryside.

P.S: It goes without saying that one of the reasons is because you get to buy a massive house.

RELATED: 10 Soccer Stars Who Love A Trip To Ibiza

Not everyone is into farming, but even if you aren’t, the possibility to get into it is on the table which is quite exciting – depending on your age range, that is.

There’s a whole lot of money agriculture which is one point to consider, but beyond that, it’s just a great thing to get into. Farmyard animals aren’t exactly the worst company in the world, and as far as hobbies go, we’d suggest it’s up there with the very best of them. Are we biased in that regard? No! Farming is an acquired taste.

9 Perspective On The Other Side Of Life

When you spend time outside of your own bubble it allows you to take a step back and analyze things from a different sort of perspective. If you happen to live a luxury and intense lifestyle, then testing the waters with the countryside is a great way of allowing you to determine what sort of style you really want in your day to day life.

There’s no right or wrong answer either way, and it’s just a nice way of realizing – if you’re in a particularly well off position – why it’s so important to appreciate the little things in life as well as the big.

From the hills to the trees to the autumn leaves and beyond, all you can see is green, and that’s something that all of us enjoy in one way or another.

It’s virtually impossible not to look out into the countryside, take in that fresh air and not feel a sense of real belonging.

It’s a few miles per hour slower than how the rich folk in question probably live every other day of the year, but that isn’t the point.

The point is that there are natural points of beauty all around us, and without sounding like a hippy, we need to love and cherish them.

People who live in the city have a tendency to be a bit shorter, a bit more clinical and, generally, more invested in themselves. The locals around countryside areas are often much more friendly, and that makes for a really nice atmosphere.

You don’t need to build a community within just a matter of days but it’s always nice to know that there are others around that want to help you. If you happen to be famous, that’s not something they’re really going to care all too much about, either, which is lovely.

6 Plenty Of Cities & Towns Nearby

The United Kingdom is much smaller than countries with a similar level of wealth, and that’s especially true for the United States.

As such, the majority of these countryside destinations are within touching distance of different cities and towns if you ever feel like mixing things up a little bit.

Not all of them will necessarily be to your satisfaction, and perhaps you’ll never visit them during the time you live wherever it is you’re going, but it’s nice to know that there’s an even greater feeling of civilization right around the corner.

The wind, rain, fog and even snow can be a real detriment to living in the UK because the sunny days are so few and far between.

All of these elements can make for a pretty depressing winter, but we tend to believe that living in the countryside makes it all a lot more manageable.

RELATED: The 10 Richest Countries In The World

From the insanely dramatic views to throwing a few logs on the fire and going for a walk with the dog, it’s all about embracing circumstances that common practices would dictate are ‘wrong’ or out of the norm.

If you’re rich then the odds are pretty good that you’re more well known than most, and because of that, hiding away and enjoying the quiet life must sound pretty darn appealing.

It certainly does to us, and it definitely increases the likelihood of committing to the move for a whole bunch of people.

It’s not like you have to be a hermit 24 hours a day and seven days a week, but at the very least, you know that the only sounds you’ll hear are the birds chirping away – as opposed to the sound of oncoming traffic every few minutes.

Security-wise it’s much less likely that you’ll wind up getting robbed, too.

The schools will be better and the upbringing will just be a whole lot more wholesome. Sure, you can get them used to the big cities by taking them on days out, but mixing that in with such a traditional home life allows for the perfect balance in our eyes.

There’s just so much happiness and joy to behold and while we may be making it sound like a Disney film, we understand that there are struggles as there is in every walk of life. Still, it’s as good of a place as any to face those challenges head-on.

What can you do with so much land? Anything you desire.

Sometimes you may own lots of acres and other times it may just be a case of having lots of fields that you’re allowed to run through. It’s healthy to have so much fresh air around you, and it’ll almost certainly encourage more exercise than living in a city or big town would.

RELATED: Buying A Second Home: 5 Reasons To Be A City Slicker (And 5 To Retreat To The Country)

It goes on for what feels like miles and miles and gives the impression of an adventure in its own right. That’s a pretty unique sensation to have.

Cheshire, The Highlands, Gloucestershire, Yorkshire and beyond – as we noted in the introduction, the options truly are endless.

There’s so much charm in every single county in the country and that makes for a fun adventure. If you’re thinking of committing to the idea of making the big move, then scouting out the best place to be for you is always a good idea.

Alternatively, if there’s a destination that has always had your heart, it makes the process a whole lot easier.

Either way, it’s just really, really nice to have so much variety.

NEXT: 10 Lowest-Grossing Scarlett Johansson Movies Of All Time