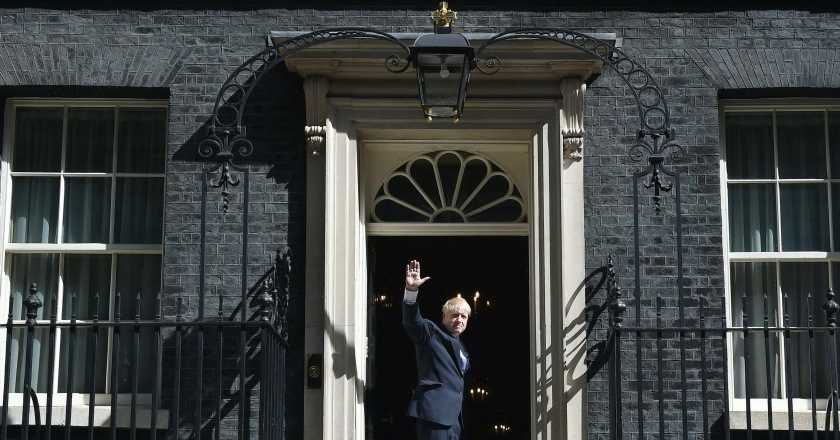 As the prime minister faces calls to resign over an alleged garden party at Number 10, Stylist spoke to women on what life looked like for those in lockdown while the Tories broke the rules.

Throughout the last two years of the pandemic, there are many dates which will stay in our collective memory. 31 January 2020, when Covid-19 was first detected in the UK. 4 July 2020, the first ever “freedom day” where restrictions were eased, only to be reinstated on 5 November 2020. More recently, 22 December 2021 where daily Covid-19 cases exceeded 100,000 for the first time.

And now, 20 May 2020 has become another infamous date in the UK’s Covid-19 timeline, as it was revealed as the day an “bring your own booze party” was held at 10 Downing Street while the rest of the country was in lockdown.

The prime minister himself is understood to have attended the gathering along with Carrie Johnson, then his fiancee, and 30-40 staff members after it was advertised by his principal private secretary, Martin Reynolds.

“Hi all, after what has been an incredibly busy period we thought it would be nice to make the most of the lovely weather and have some socially distanced drinks in the No 10 garden this evening. Please join us from 6pm and bring your own booze!” read the email sent to over 100 people and seen by ITV News.

“It was clearly a breach of the rules,” one witness told The Financial Times. “People were drinking, sitting at tables in different groups. Boris and Carrie were there. There were about 40 people there – it was mainly Number 10 staff.”

Boris Johnson’s spokesperson declined to comment in light of a continuing inquiry into potential breaches of lockdown in Downing Street, but did not deny that the Johnsons were present at the event.

However, the news has understandably left many on social media reeling at the hypocrisy of a government that is facing multiple allegations of flouting lockdown rules while the public were being threatened with arrest for illegal socialising.

Stylist spoke to women on what life looked like for them at that pointin lockdown.

“I ended a four year relationship on the street”

“I broke up with my ex boyfriend a few days before 20 May 2020, which we literally had to do on a public road because mixing households and hugging was illegal at the time. It was 20 May exactly when my friend met me in public as I sobbed uncontrollably. It boils my blood that they were having parties at this time when I wasn’t even allowed to break up with my partner of four years in my own back garden.”

“I missed my grandmother’s funeral”

“On 20 May 2020, I was at home in London experiencing grief and heartbreak following the loss of my grandmother. Due to restrictions, I was unable to fly home to Nairobi, Kenya, to be with my family and attend the funeral.I feel hugely disappointed and let down that there appeared to be different rules for us and different rules for them. It was a time I needed my family and couldn’t be with them so it feels rather insulting that they just carried on and did what they felt like.”

“I struggled balancing my children alone”

“I was out of work, struggling to look after two children while my husband worked from our kitchen. I worried constantly about dropping down to one wage and juggling kids that needed homeschooling.

We couldn’t see or get help from my family 200 miles away because we all followed the rules. Knowing those who dished them out weren’t following them makes me so angry.”

While the government’s message to the public was to “stay home and save lives,” reports continue to surface of illegal lockdown gatherings

“I hadn’t seen anyone except the supermarket cashiers in weeks”

I’m furious about the lockdown party. While so many of us were socially isolated, unable to meet up with loved ones and terrified we’d inadvertently make somebody seriously ill, folks at Number 10 were having a good time, drinking and socialising. It really erodes what little trust was left in this government.

I’m also a science communicator, and I feel that the knowledge that there was a lockdown party at Number 10 also undermines the effort that researchers and health workers have put into communicating how serious Covid-19 is, and how important it is to make some personal sacrifices to stop the spread.”

“I was expecting my first child and had just been for my 12 week scan alone. I had to go to all my prenatal appointments alone because of restrictions, and hadn’t been in contact with anyone bar my husband since 13 March.”

“They partied it up while my grandmother died”

“My grandmother died a couple of days before 20 May and it breaks my heart that we hadn’t been able to see her while they were partying it up.”

* Some names have been changed and quotes edited for length and clarity.