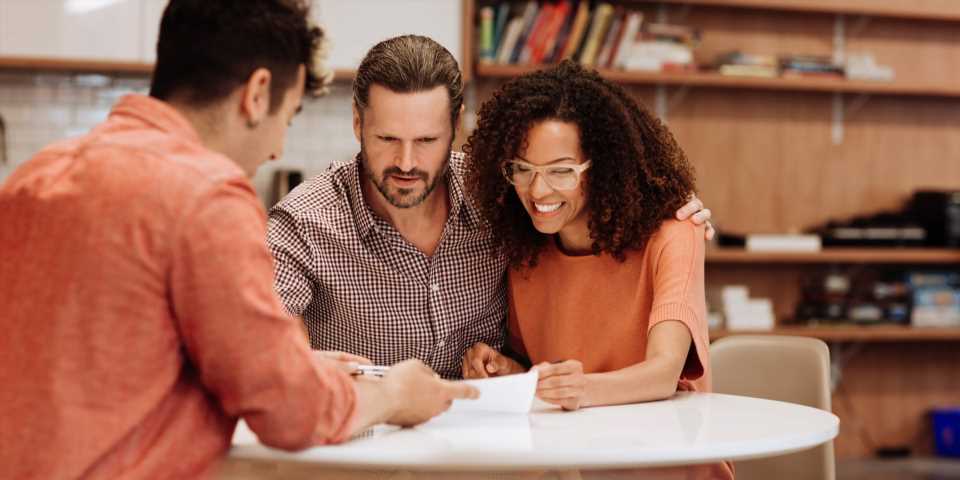 Millennials have a lot on their plates.

They’re juggling rising living costs, staggeringstudent-loan debt, andefforts to catch up from the recession. As a result of their consequent struggle to save,millennials are delaying major life milestones like getting married and buying a home.

When it comes to the latter, it doesn’t help that housing prices have increased — millennials buying their first home today will pay39% more than baby boomers did at their age,according to Student Loan Hero. Coupled with financial struggles, its causing millennials to change the way homeownership looks in America.

Read more:13 things rich millennials look for in a luxury home, according to real-estate agents

Buying a house isn’t out of the question for millennials, but it can be harder. From moving to commuter towns to living with their parents, here’s how millennials are going about buying their homes differently than the generations before them. 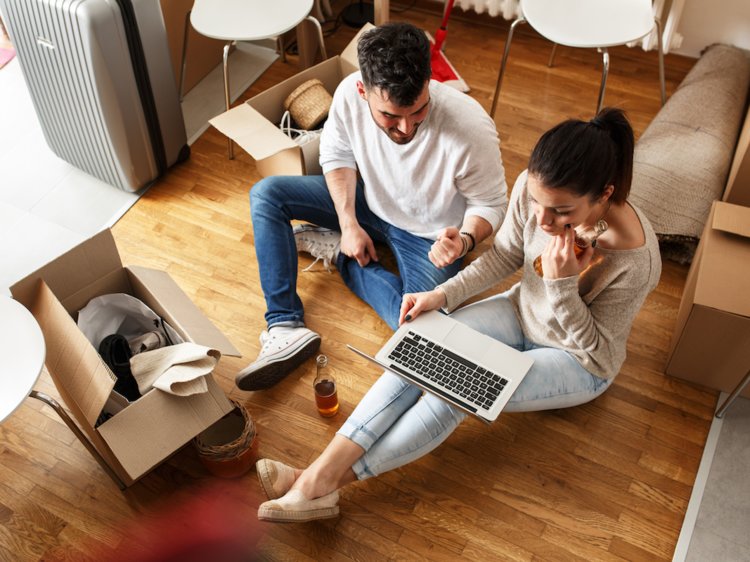 Millennials arewaiting longer than ever to buy homes.

Homes are 39% more expensive than they were nearly 40 years ago,according to Student Loan Hero.A report by SmartAsset found that in some cities, the median home outweighed the median income by so much that it could take nearly a decade to save for a 20% down payment.

And fewer 25- to 34-year-olds are living with a spouse or partner,Business Insider’s Akin Oyedele reported in 2017, citing Census Bureau data. It suggests that milestones — like marriage — that often precipitate buying a home are happening later.

Student debt has also hit an all-time high, making it harder to take out a mortgage.

More millennials are living with roommates because they can’t afford rent, let alone a house. 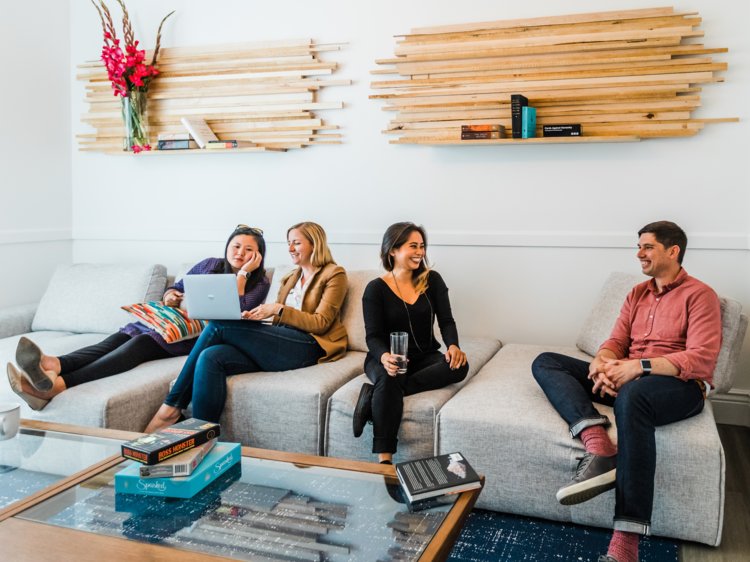 But renting is expensive, too. As a result, more millennial renters are living with roommates to cut costs.

In an article forThe Atlantic, Allie Volpe reported the facts: From 2005 to 2015, the number of Americans aged 18 to 34 with roommates increased by 23%, according to the US Census Bureau. This doesn’t count those living with a romantic partner, but does include those who live with their parents.

While cohabitation is a departure from the 20- and 30-somethings who lived with their significant other in the past, it’s nothing new — immigrants and workers sought out boarding houses during the 19th century.

More millennials are taking up residence incommunal living, or “co-living,” spaces, which are cropping up in major cities. Those spaces,Volpe wrote, are a modern-day version of yesterday’s boarding house.

Many millennials also still live with their parents. 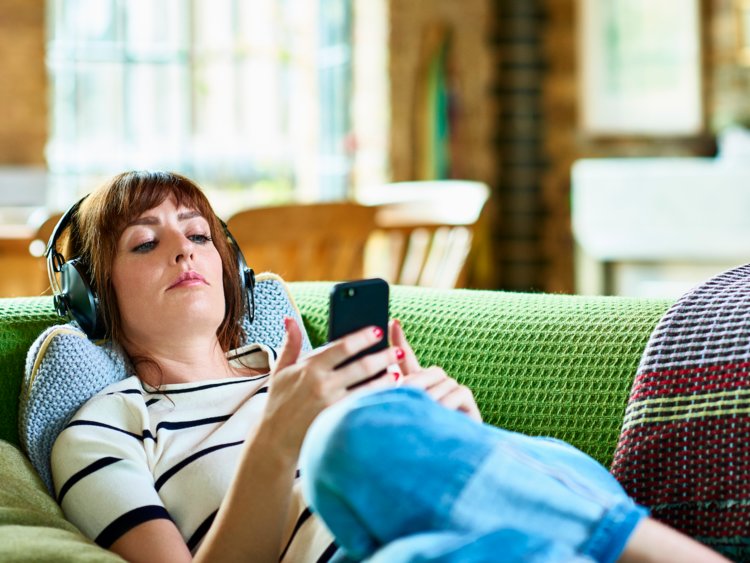 Because of today’s high cost of living, it’s also common for American millennials toleave the nest later in life than previous generations did. More than 35% of millennials still live with their parents, according to theCountry Financial Security Index.

“This should not necessarily be viewed as a negative thing as long as there are clear fiscal goals in place,” Doyle Williams, an executive vice president at Country Financial, said in a press release, adding that using this time to build an emergency fund, save for a down payment, and focus on long-term goals can help millennials build financial independence.

In Miami, Los Angeles, and New York, more than one in four residents ages 25 to 40 live with their parents,according to a MagnifyMoney report.

In fact, millennials are waiting so long to buy homes that many of them are bypassing the need for a starter home altogether. 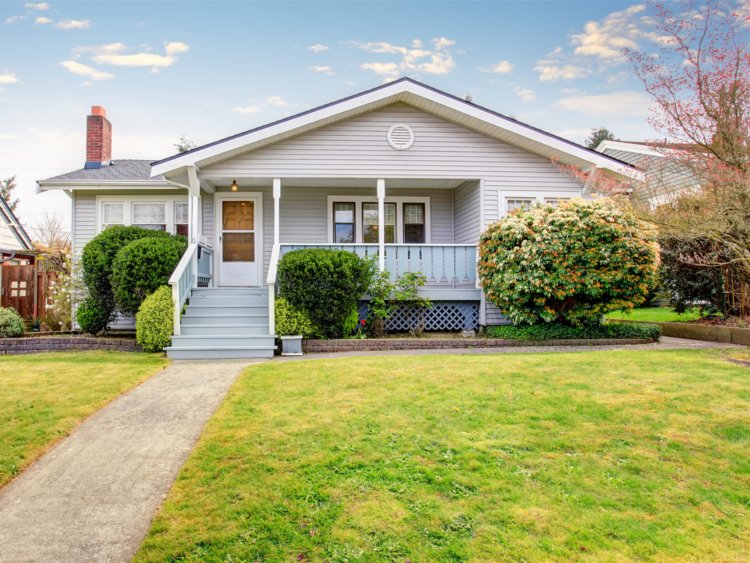 By the time many millennials do buy homes, they’re older and less likely to move around as they settle down.

Waiting longer to buy also gives millennials more time to build up their resources for a down payment. As a result, for some, their first home is a million-dollar luxury home, not a starter home. They are thusbypassing the need for a starter home altogether.

But starter homes aren’t exactly sitting on the market because of this change. AsBen Casselman and Conor Dougherty reported for The New York Times, real-estate investors areswooping in with all-cash offers, purchasing 20% of the starter homes on the market and proving to be tough competition for millennials.

And some rich urban millennials are choosing torent in the city and buy a vacation home instead of a primary residence.

Millennial couples are buying homes before getting married. 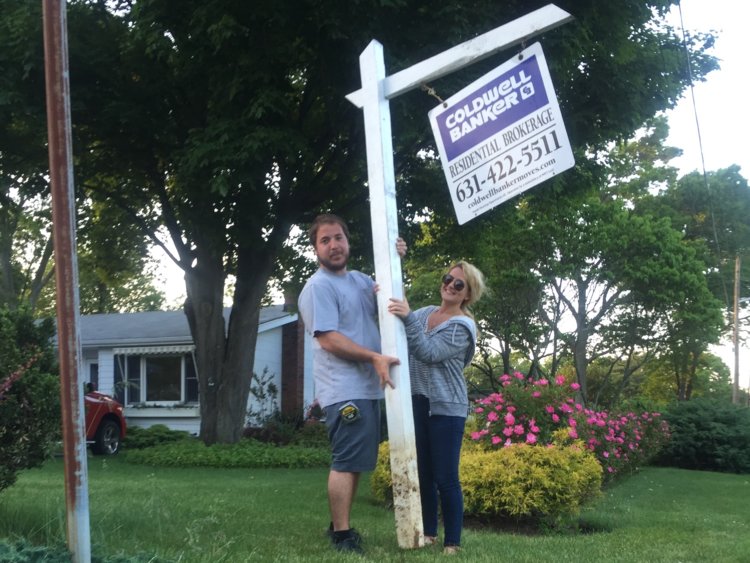 The trend of unmarried millennial couples buying a home together has become more prevalent, Daniel Gershburg, partner at real-estate law firm Romer Debbas LLP, told Business Insider.According to a Coldwell Banker Marriage and Homebuying Study, a quarter of American millennials purchased their home with their current spouse before getting hitched.

This trend is a result of a shift in attitudes toward marriage and economic conditions — higher housing prices make splitting a mortgage favorable. When coupled with expenses likepricier health insurance premiums andrecord levels of student-loan debt, it’s easier to share a mortgage and down payment with someone else. 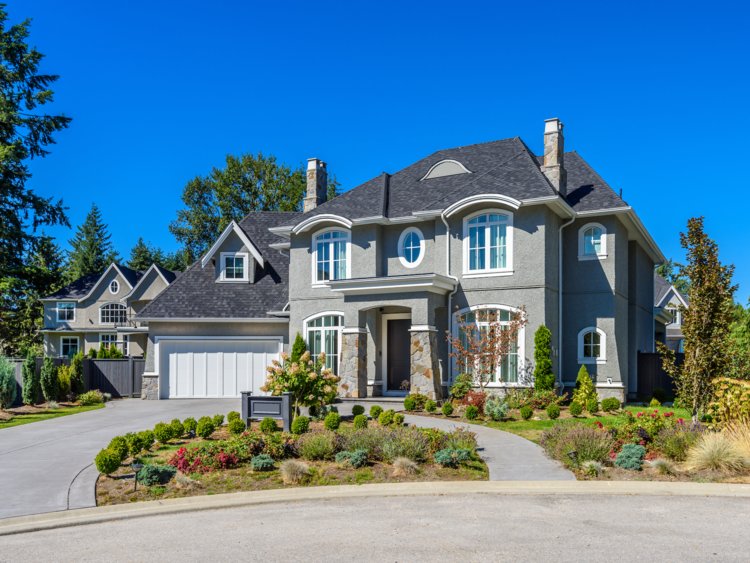 Millennials don’t want the large, elaborate houses baby boomers built 15 years ago in the Sunbelt states like Florida, Arizona, and the Carolinas,reported Candace Taylor for The Wall Street Journal.

Millennials are reviving the suburbs, but being more selective than baby boomers about where to live. 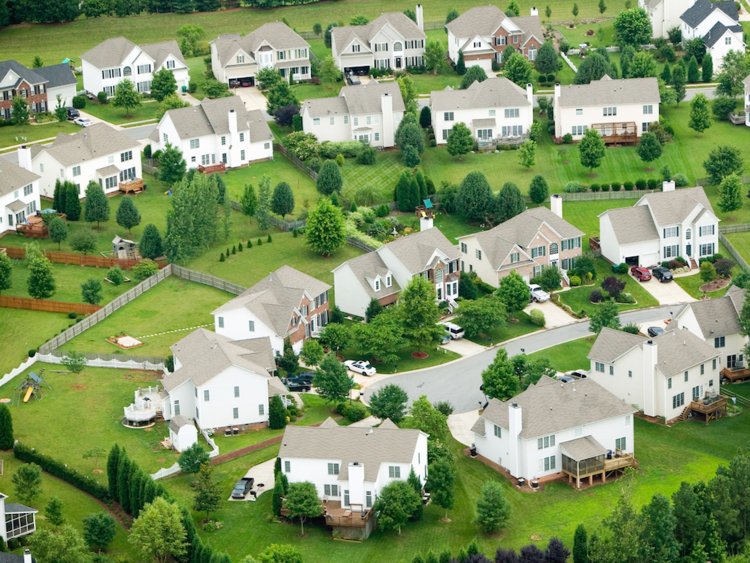 Millennials arereviving the suburbs as they flee the city in search of more affordable housing,reported Valerie Bauerlein for The Wall Street Journal. They’re following in baby boomers’ footsteps, albeit belatedly — and on their own terms.

Millennials are being more selective, seeking suburbs with good weather and good jobs, typically in the Sunbelt, William Frey, demographer at the Brookings Institution, told Bauerlein.

As a result, these suburbs are growing at a rate that’s more than twice as fast as their neighboring cities, he said. In some areas, like Apex, North Carolina, the trend is creating an overcrowding problem, resulting in traffic jams and schools filled past capacity.

And they’re not just stopping at the suburbs: Millennials are moving even further out, to the exurbs, for cheaper homes. 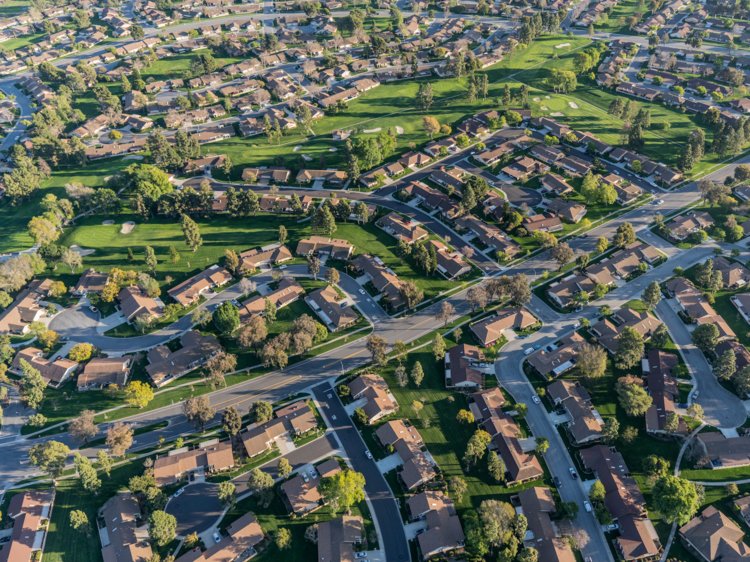 Some millennials are taking their search for affordable housing even further than the suburbs: They’re buying homes outside the affluent suburbs andreviving the exurbs for the first time in a decade,reported Laura Kusisto of The Wall Street Journal. On average, these homes are more than 16 miles from central business districts — the greatest distance since 2004, Kusisto reported, citing Fannie Mae loan data.

While the housing market has slowed in America, more home sales and constructions are popping up in the exurbs, Kusisto wrote: “Rising mortgage rates and home prices, especially in urban centers, are once again motivating buyers to drive until they can afford a home, including in Dallas, Las Vegas, Atlanta, and the San Francisco Bay Area. Low gas prices help as well.”

Those who have committed to the move have found that the savings are worth the commute time, which can be up to two hours.

SEE ALSO:7 ways millennials are changing marriage, from signing prenups to staying together longer than past generations

DON'T MISS:Millennials are making 3 key decisions that are wiping out the starter home — and it's changing what homeownership in America looks like

Every WWE Champion Ever, Ranked by Number of Reigns (Photos)
Entertainment 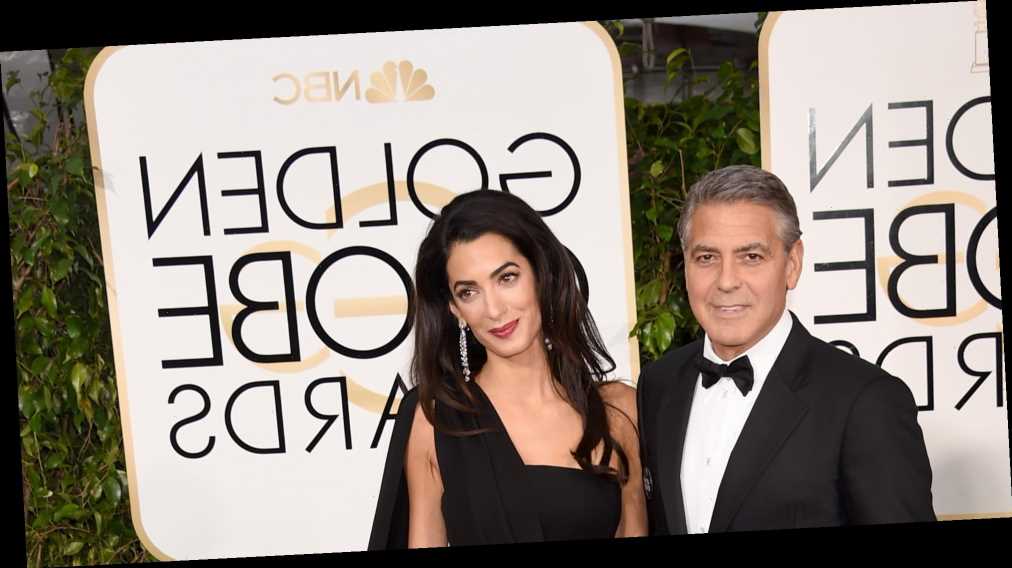 Golden Globes past – most memorable moments 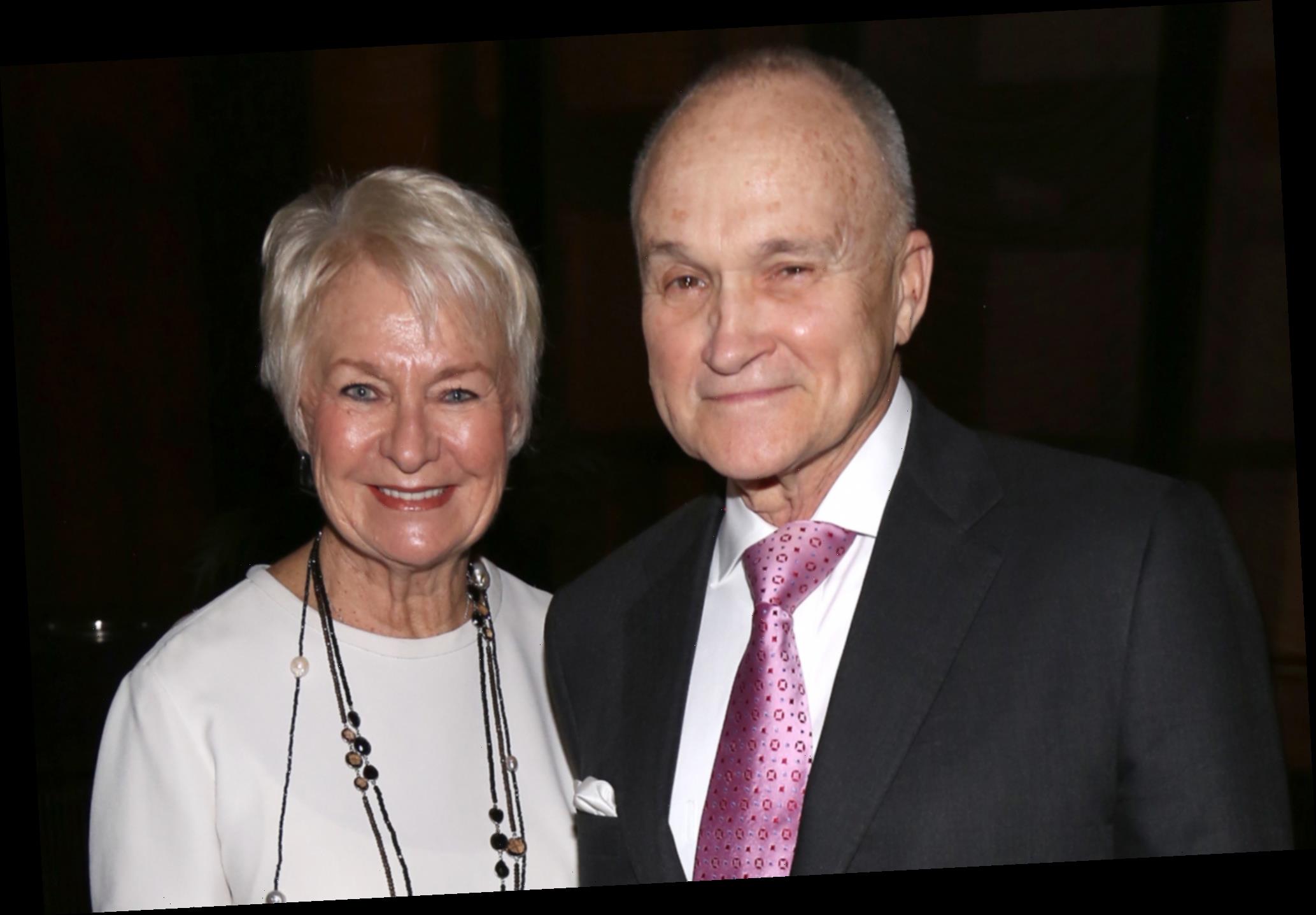