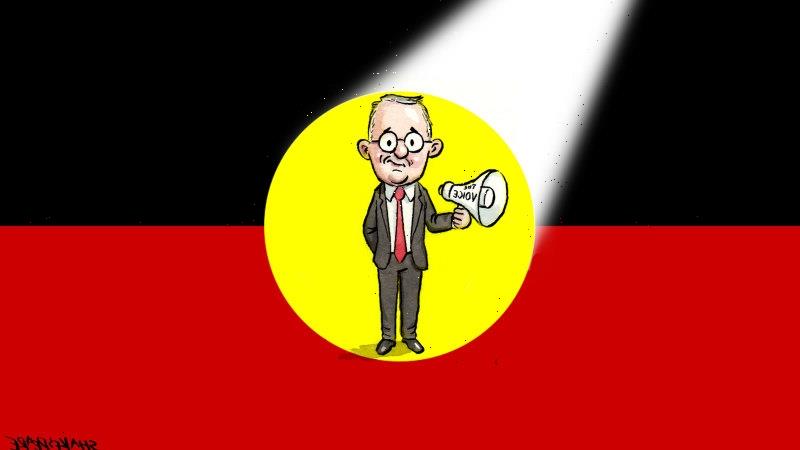 It should be a unifying act of nation-building. It risks being a divisive failure. With minimal work to prepare public opinion, Anthony Albanese is launching his campaign on Saturday to install an Indigenous Voice to parliament.

The essential concept is straightforward. In 2017, the Uluru Statement from the Heart presented the request from 250 Indigenous leaders: “In 1967 we were counted,” referring to the referendum that included Aboriginal people in the census for the first time. “In 2017, we seek to be heard.” 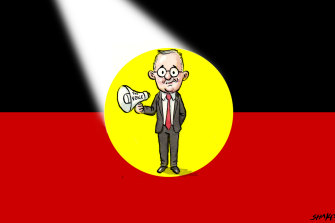 The prime minister, in his speech on Saturday at the Garma Festival in Arnhem Land, describes the Uluru Statement as “a hand outstretched, a moving show of faith in Australian decency and Australian fairness from people who have been given every reason to forsake their hope in both”.

Who would the Voice speak to? And about what? In Albanese’s proposal, the Voice “may make representations to parliament and the executive government on matters relating to Aboriginal and Torres Strait Islander Peoples”. This is a minimalist position, ceding no actual power, designed to attract maximum support.

Consulting Indigenous Australians on the decisions that affect them “is simple courtesy, it is common decency,” he posits. “I believe the country is ready for this reform. I believe there is room in Australian hearts, for the Statement from the Heart.”

There may be plenty of room in Australian hearts. But is there room in the Australian Constitution? That’s the hard part. Albanese expresses the hope that this question will be above politics, but it can’t be.

For a Labor government, the odds are even longer. The Jesuit lawyer and advocate for Indigenous causes, Father Frank Brennan, explains: “Labor has made 25 attempts to change the Constitution since Federation. One has succeeded. And you’d have to be 97 years old to have voted in that one,” a 1946 referendum on child endowment and family allowances.

“It’s not enough for a government to just sign off with the Indigenous leadership. Nothing can be done except with bipartisan support.” And not only because this touches the sensitive matter of race relations. Even the most humdrum subject will fail at a referendum unless both sides of parliament agree.

“If you are in any doubt,” adds Brennan, “there have been three attempts to introduce local government into the Constitution and each has failed.”

So, what is the Coalition’s position? To date, Opposition Leader Peter Dutton has been keeping an open mind. He has neither accepted nor rejected the idea of a constitutionally enshrined Voice to parliament: “We’ll have a look at what they’re proposing,” Dutton said in May. “I want the symbolic nature – which I accept is very important to many people – to be accompanied by practical responses.”

This is progress. “We have had three Liberal prime ministers in a row reject it out of hand, so for Peter Dutton to be agnostic and open-minded is a good thing,” suggests Frank Brennan.

Contrary to the vilification of Dutton as Voldemort, the Liberal leader has the capacity to be bipartisan and unifying in the national interest. It was a bad look for him to boycott Kevin Rudd’s apology to the Stolen Generation in 2008. It was a mistake, and he was big enough to admit it this year: “I made a mistake in relation to the apology. At the time, I believed that the apology should be given when the problems were resolved and the problems are not resolved.”

Dutton has matured. When the new parliament opened with a Welcome to Country ceremony on Tuesday, Anthony Albanese won some news coverage with his emotional address urging all MPs to embrace the Voice. 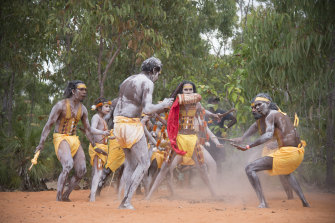 A ceremonial dance marks the start of the Garma Festival in northeast Arnhem Land on Friday.Credit:AAP

Dutton’s speech was every bit as important: “The words we heard this morning carried a strong message of unity. A Welcome to Country made in the spirit of peace and a desire for harmony with all peoples of modern Australia,” said the opposition leader.

He then adopted Noel Pearson’s compelling vision for the culmination of Australia’s unique identity: “I recall the words of Noel Pearson who said, ‘Our nation is in three parts. There is an ancient heritage, written in the continent and the original culture painted on its land and seascapes. There’s our British inheritance, the structures of government and society transported from the United Kingdom fixing its foundation in the ancient soil. There is our multicultural achievement, a triumph of immigration that brought together the gifts of peoples and cultures from all over the globe, forming one Commonwealth.’”

Dutton concluded: “Noel Pearson also said Australians have an epic story. It’s one of the greatest epic stories of this planet. We will recognise the scale of our story when we recognise each other.”

Like many others, Dutton, reasonably enough, wants to see the details. Until today, there weren’t any. The significance of Albanese’s speech today is to propose the first ones.

There are three key details. First is its standing in the Constitution. The prime minister proposes, as quoted above, that the Constitution be amended to say the Voice “may make representations”. It would be a source of advice and accountability. “Not a third chamber, not a rolling veto, not a blank cheque,” Albanese points out. It would not be a threat to the powers of the parliament or the government but an advisory adjunct.

Second is the design of the body itself. Albanese recommends the Constitution be amended to say the parliament shall “have power to make laws with respect to the composition, functions, powers and procedures of the Aboriginal and Torres Strait Islander Voice”.

Third is Albanese’s suggestion for the referendum question to be put to the people: “Do you support an alteration to the Constitution that establishes an Aboriginal and Torres Strait Islander Voice?”

This is a minimalist question for the creation of a minimalist institution. Albanese says he is putting these ideas forward only “as the basis for dialogue” to get the discussion started. And the only timeline he suggests is that the referendum occur some time in the life of this parliament.

So if the Voice is to have so little power, if it’s mostly symbolic, what’s the point?

This is perhaps the biggest threat to its success. It’s a triple fallacy. The first fallacy is that symbolism is useless, meaningless or powerless. On the contrary, men and women have been prepared to give their lives for symbols throughout history.

The flag, the cross, the crescent, outward signs of inner belief. “Symbols are powerful because they are the visible signs of invisible realities,” St Augustine is reputed to have said. Some symbols are so evilly powerful that countries make laws to ban them. The swastika, for instance.

The second fallacy is that recognition is meaningless. Test the truth of this the next time someone ignores you or snubs you. Recognition is a central need of the human spirit. The ancient Greeks had a word for it. Thymos – the part of the human soul that craves recognition. With it, we are empowered and ennobled. Without recognition, we are less than fully human.

The third fallacy is that symbols and actions exist in parallel universes or are mutually exclusive. This is the false construct that trapped Peter Dutton into boycotting the apology.

Albanese put it like this: “Let us all understand: Australia does not have to choose between improving peoples’ lives and amending the constitution. We can do both – and we have to.

“Because 121 years of Commonwealth governments arrogantly believing they know enough to impose their own solutions on Aboriginal people have brought us to this point. This torment of powerlessness. A life expectancy gap of 20 years.” And so on. “And if governments simply continue to insist they know better – then things will get worse.”

Albanese has launched the campaign and filled in the first details. Opinion polls have shown public support for a constitutionally recognised Voice at around 50 to 60 per cent.

But this is fragile; the idea hasn’t yet been contested seriously. Some politicians will seek to make careers for themselves by destroying it. It was only on Tuesday that Pauline Hanson stormed out of the Senate rather than listen to something as routine as an Acknowledgement of Country.