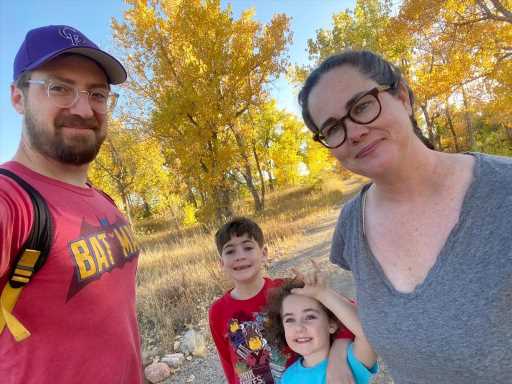 Editor’s note: This is part of The Know’s series, Staff Favorites. Each week, we will offer our opinions on the best that Colorado has to offer for dining, shopping, entertainment, outdoor activities and more. (We’ll also let you in on some hidden gems).

I like scary movies and costumes but I don’t embrace them during daylight hours because I’m not a child and my school didn’t tell me to. Nor am I attending an office party where anyone would care that my hot dog costume doesn’t fit (it never did).

So what’s my favorite way to celebrate fall — me, a cranky dad with a deep love of nature and, um, a car?

Being outside, of course, which in Denver can include Rocky Mountain Arsenal National Wildlife Refuge, a nearly 16,000-acre swath of land (formerly used to make chemical weapons) that now supports bison, deer, prairie dogs galore and things with wings — including the majestic bald eagle. Like the nearby Bluff Lake Nature Center, it’s a birdwatching magnet.

The land formerly hosted the Apache, Ute, Cheyenne, Comanche and Arapaho tribes as they followed large herds of bison and lived off the land, according to the refuge’s website. “Later, as settlers moved west to start a new life, they began growing crops and grazing cattle.”

Knowing that, you can almost feel the history there. It’s a great excuse to talk about that history with your kids.

My family and I live in Northeast Denver, so it’s also an easy trip that spirits my children away from their digital screens. They usually love it because they get to sit in the back of our Subaru, facing backward like I used to in various wood-paneled station wagons. Despite encroaching development — you can see new housing tracts along its borders — the refuge’s 11-mile driving loop makes it easy to feel blissfully isolated, with gorgeous views of the Front Range and, once you really get inside the park, the sense that you could be hundreds of miles of away from anything.

It’s especially fetching right now, and you don’t even have to get out of your car.

“In the fall, coyotes are well-camouflaged among the rust and golden-colored grasses as they hunt from the edges of prairie dog towns,” according to the refuge’s website. It goes on to list white-tailed deer bucks, migrating waterfowl (northern pintails, northern shovelers, redheads, and ring-necked ducks), great horned owls, sandhill cranes. There are currently 330 species overall.

If you opt for the 20 miles of footpaths you’ll see hikers and bikers, archers and photographers. My kids like stopping off at the Visitor’s Center, with its historical artifacts (defense computers?!) and animal dioramas. The park offers free nature programs and a Junior Ranger program. It feels more naturally lived in each year, given that it’s relatively new, having been established by an act of Congress in 1992. We’re lucky to have it.