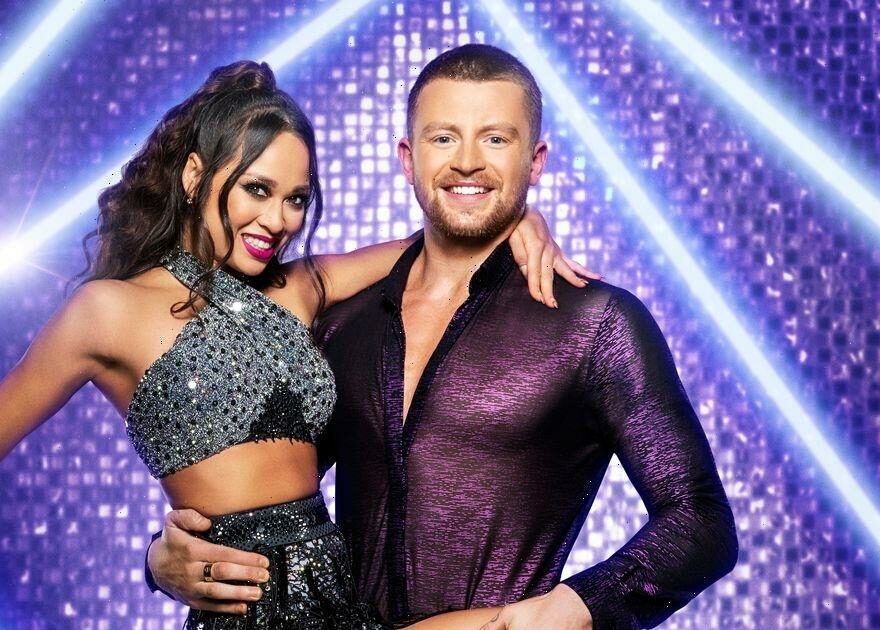 Adam Peaty had quite the time on Strictly Come Dancing, the nice moves, the neat steps and the near kiss.

Now the Olympic swimmer has split from his girlfriend of three years and mother to son George. He confirmed the news to his followers on Instagram.

Adam, 27, and ex-girlfriend Eiri Munro were together for two months before she became pregnant, sending their relationship to the next level very quickly.

On the show Peaty dazzled his fans and maybe his partner too, as many fans thought they nearly kissed live on the floor in the heat of their routine.

The swimming star was the 10th contestant to be announced on Strictly last year.

He revealed he'd be taking to the dance-floor on BBC Radio 1's newsbeat: "I think this will come as a surprise to a lot of people, but I’m so excited to finally share the news that I’ll be joining Strictly this year."

He added: "I’m really looking forward to doing something totally different and challenging myself away from the pool. I’m hoping my competitive nature is going to compensate for my dancing abilities!"

After his announcement it was revealed that Adam would be paired with Katya Jones.

Katya had previously been at the heart of a scandal with comedian Seann Walsh. The comedian has since released a critically acclaimed stand-up special on YouTube called KISS about the ordeal.

Adam shared a photo of himself and Katya, 33, posing together on Instagram page, he wrote in the caption: "So excited to finally reveal my partner for Strictly Come Dancing! I’m not sure @katyajones knows what’s she’s in for though Who can guess our first dance?"

The Olympian and his partner performed the Cha-Cha on their debut outing and received the highest score of the first round.

In order to keep up the top scores, Adam had to make some home life sacrifices including missing his sons birthday.

In an interview with the Mirror he said: "We were filming that day. We wrapped at 10.30pm so I drove straight home, ready to celebrate it the next day.

Adam continued: "It didn’t go down too well but that’s the difficult thing when you do this. Everyone has to understand."

The pair's second and third week performances were good enough to see them sail through to the fourth week, the dance that caused the most controversy.

As Katya and Adam came to the end of an intense Argentinian tango routine, the pair were extremely close together and appeared to pull back from an "almost kiss".

Many viewers spotted the incident and took to social media to comment.

One fan posted on Twitter : "Did Adam and Katya just nearly kiss?! #Strictly."

Another claimed: "Adam definitely nearly kissed Katya at the end there #Strictly."

While a further fan questioning what they'd just seen: "So – what happened with Adam Peaty and Katya when they stood up? Awkward!!"

As speculation grew Adam's girlfriend Eiri reacted in a TikTok video as she made light of the situation – that went viral.

In the clip she wrote: "Watching your boyfriend almost kiss another woman on live tv… Finding out 10 million people also watched it live."

The swimmer took to social media to defend himself and said: "To everyone who wants to see what they want, your comments have real life consequences. I will not be overcome or lowered by your gossip.

Team GB's athlete was apparently distressed by the abuse that his girlfriend at the time Eiri was getting.

A source told The Sun: "Adam is beside himself about the abuse Eiri is receiving. He had no idea the impact being on the show would have on her and feels a responsibility as her partner.

"Adam and Katya are in training for long hours every day. Eiri has been incredibly supportive.

The dancing duo were safe up until week 7. Their final dance was Jive to Little Bitty Pretty One by Frankie Lymon.

In an emotional interview on Strictly spin off It Takes Two Adam said: "I'm hurt but I know Katya is hurting a little bit, which hurts me more because I know how much we put into this."

He added: "I enjoyed the lows as well as the highs because that is what I remember, but it's not all positive. It is hard, it's really hard."

Appearing on Good Morning Britain, Adam confirmed that the his time on the dancefloor had been "bittersweet".