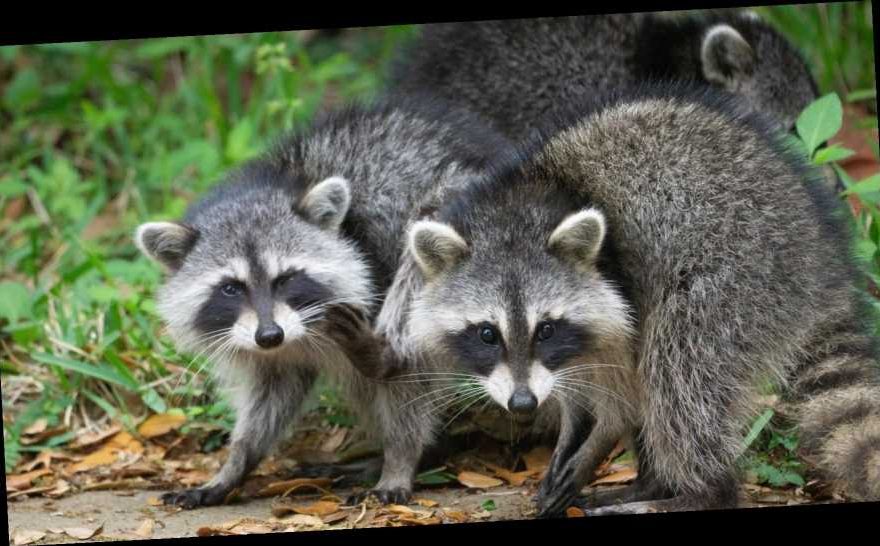 Well, at least they wear masks.

It seems that a gang of wily raccoons has taken up residence on the White House lawn and at least one sneaked up on a TV reporter early Wednesday.

CNN’s Joe Johns was on camera shooting a live spot for “New Day” when a raccoon attempted to creep into the frame. In response, Johns threw an object at the critter and hollered “Get!” as he tried to salvage his footage.

“Frickin’ raccoons, man,” Johns exclaimed in the clip as he repeatedly turned away from the camera to check for further advances. “God, again! That’s the second time. Jesus.”

Johns explained later that “no animals were harmed” when he “threw something to scare it off.” He also offered a theory on why the White House raccoons have been so, uh, friendly lately.

“I think they’re attracted to the lights,” he said.

It seems that raccoons have been a problem for reporters outside the White House for at least a week.

Paula Reid of CBS News said a raccoon attacked multiple news crews on the North Lawn on Sept. 28, and posted photos on Twitter showing a few rummaging around a media tent.

“Strong Pawnee vibes at White House this morning,” she tweeted, a reference to the fictional town of Pawnee, Indiana, in the political comedy “Parks and Recreation,” which was, oddly enough, overrun by menacing raccoons.

Reid also tweeted that federal authorities had set traps for the raccoons using marshmallows as bait.

And if that wasn’t enough, Elyse Perlmutter-Gumbiner, a White House producer for NBC News, shared footage from before dawn Wednesday showing Secret Service agents trying to wrangle a raccoon from a tree.

“Good morning from the White House,” Perlmutter-Gumbiner captioned her video.

HuffPost got no comment from the raccoons ― just this: