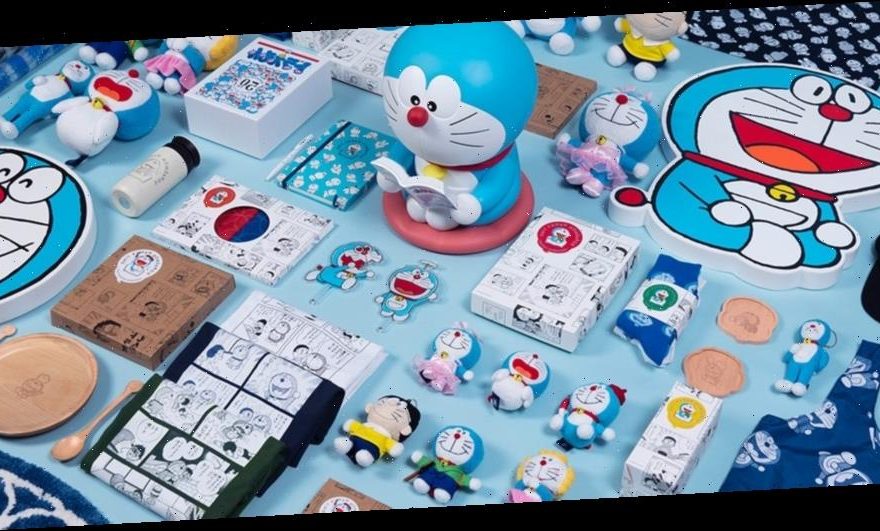 AllRightsReserved and Doraemon have teamed up to celebrate the Japanese manga series’ 50th anniversary with a special capsule — “Doraemon Manga Time.” Featured are a series of limited edition touch-sensitive lamps, wood paintings, plush dolls, homeware and a variety of other accessories.

Leading the lineup is the Doraemon touch-sensitive lamp. Roughly 38 centimeters in height, the lamp depicts Doraemon in a sitting position, reading a 50th-anniversary issue of the manga. The character is detailed with a bright red nose, collar and tail, popping out from its light blue-white color scheme. The lamp’s light source is placed on the inside of the manga, dimly illuminating the front of the figure. Another noteworthy piece is a plush cushion that depicts the character taking a nap. Doraemon is shown with its legs crossed and an open manga covering the eyes, while the character’s favorite snack, Dorayaki, rests over the collars. Other pieces like the wood paintings, rugs, T-shirts, aprons, keychains, umbrellas and socks round off the expansive capsule.

AllRightsReserved and Doraemon’s 50th Anniversary capsule will be available on 4 Sep, 12 a.m. EDT on DDT’s website, ranging from $7 – $451 USD.