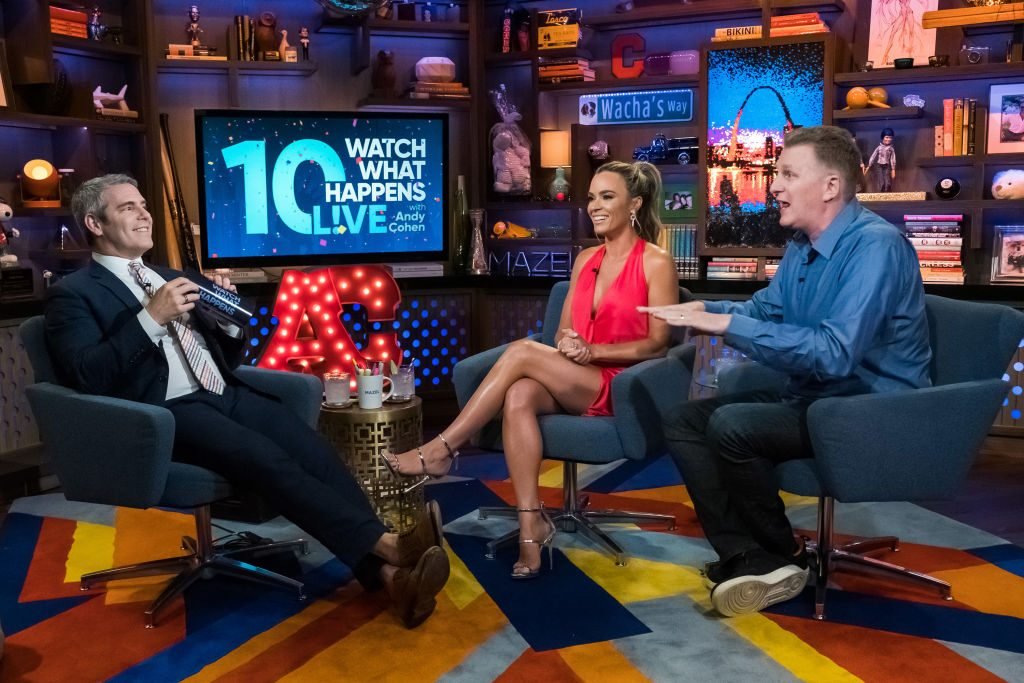 Cohen did a deep dive on moments over the past decade. He told Vulture the “little show that could” became a blockbuster speed train that he painstakingly nurtured. “We were picked up once a week, we got a 12-week pickup, and we were on at midnight,” he recalled. “I was still an executive at Bravo, so I knew if it didn’t perform, they would cancel it pretty quickly because it was such an odd experiment.”

As he looks back over 10 years he picks out moments and particular guests that stand out. He also dished on least favorite guests and craziest guests he’s hosted on the show.

These guests probably won’t be back

There’s no love lost between Cohen and fitness expert Jillian Michaels. He said when she was a guest on WWHL, she wasn’t very kind to his staff. Since then, he’s referred to her as one of his least favorite guests.

But he told Vulture he wasn’t exactly sure why he and Michaels can’t get along. “I’ve spoken before about Jillian Michaels leaving very pissed off and I never figured out why,” he told Vulture. Plus he wasn’t sure why actress Gillian Anderson didn’t have fun on the show either. Another guest he could have done without was actress and model, Amber Rose. “When Amber Rose was on, she wore sunglasses,” he recalled. “She was not up for my tomfoolery. I remember asking her questions and she was like, ‘I don’t want to talk about that.’” He added, “It was not a good fit. I just don’t think it was the show for her.”

Sometimes things don’t go as planned on live television. But that’s what makes WWHL such a magnetic show for viewers. Cohen recounted a few “epic” fights he won’t soon forget.

When Jackee and Regina King got plastered on the show, Cohen worried he lost control. But his executive producer told him seeing this unfold was really a gift. “I was not leaning into the mess, so to speak,” he told Vulture. “We’ve certainly had many more things go off the rails, and I lean into it way more. I’m just better at my job.”

He also recalled when Jeff Lewis from Flipping Out and Brandi Glanville from The Real Housewives of Beverly Hills got into a fake fight that went south. “It sounds like Jeff said to her, ‘Let’s get in a fight on the show,’ and then he took it too far and he actually wound up pissing her off. He thought they were playing and she thought they were serious. Nobody wound up looking good. I was upset that night. I was not happy at all.”

Cohen also dished about a WWHL musical performance that flopped. “The worst was when Bananarama came on and sang ‘Cruel Summer.’ They were like just off a plane, they forgot the words, and it was bad. It was not good,” he said. “I couldn’t believe it.”