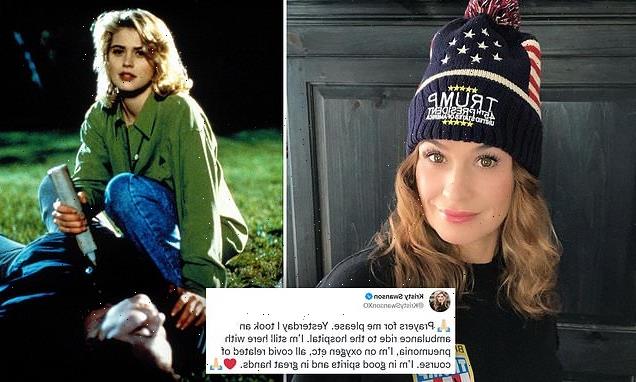 Anti-vax Buffy the Vampire Slayer actress Kristy Swanson, 51, reveals she has been hospitalized with COVID-19 and is being treated with oxygen and blood thinners after virus ‘jumped into her lungs’

Actress Kristy Swanson, best known for starring in the 1992 movie Buffy the Vampire Slayer, has been hospitalized with COVID-19.

The 51-year-old shared her diagnosis on Twitter today, asking for prayers after taking an ambulance to a New Jersey hospital.

Swanson said she has COVID-related pneumonia and is being treated with oxygen, Baricitinib, and blood thinners since the virus ‘jumped to my lungs.’

Though Swanson does not appear to have explicitly said that she did not get vaccinated against COVID, she has been outspoken against the vaccine on social media. 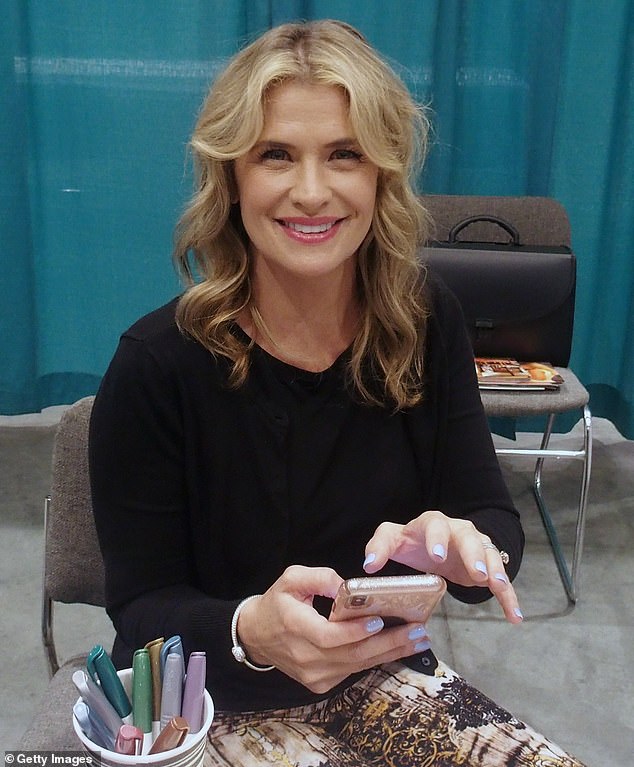 Actress Kristy Swanson has been hospitalized with COVID-19 and is being treated with oxygen and blood thinners, she revealed on Twitter on Monday 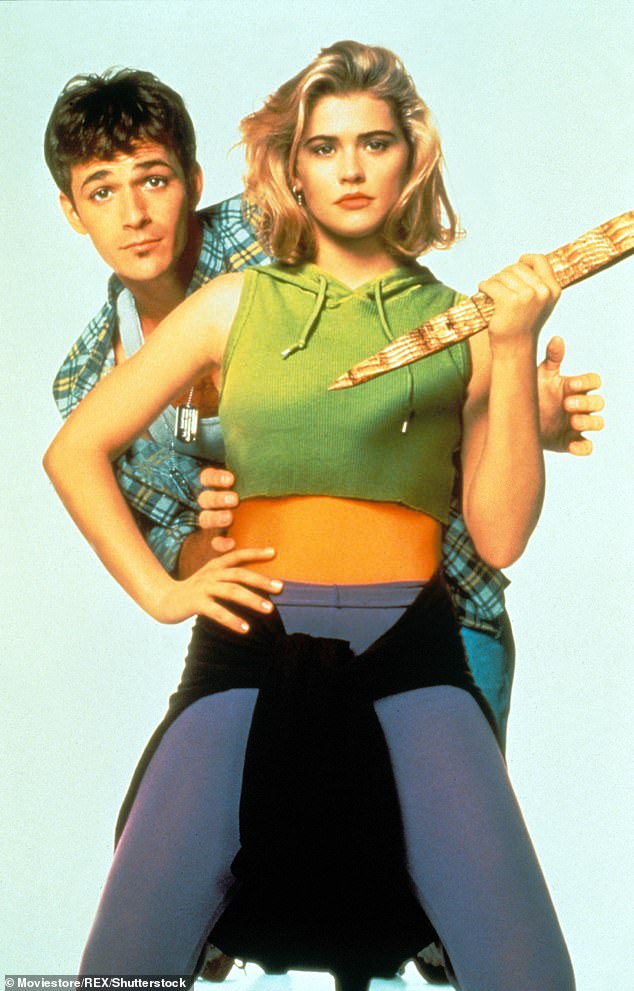 Swanson, now 51, who best known for starring in the 1992 movie Buffy the Vampire Slayer, asked for prayers after taking an ambulance to a New Jersey hospital

‘Prayers for me please,’ she wrote. ‘Yesterday I took an ambulance ride to the hospital. I’m still here with pneumonia, I’m on oxygen etc, all covid related of course. I’m in good spirits and in great hands.

‘I was just at the tail end of my Covid diagnosis when it jumped into my lungs,’ she went on. ‘So they are treating me with baricitinib & blood thinners so I don’t clot. I’m ok.’

In July, the FDA  issued an emergency use authorization for baricitinib, an anti-inflammatory drug, to be used to treat COVID-19. It had previously only been approved for use with remdesivir.

‘Virtua Memorial in Mount Holly, NJ has been incredible. They are so on top it and have a wonderful staff. My night nurse is Rose and I love her because she takes care of me and that’s my moms name. The paramedics in NJ are super pro, friggin amazing and hot AF! I’m doing great.’

All staff at Virtua Health have been required to be vaccinated against COVID-19 since September 15.

Swanson is most famous for her turn as Buffy Summers in the 1992 movie Buffy the Vampire Slayer, a role that was later taken over by Sarah Michelle Gellar in the TV show.

She also appeared in 20 episodes of Early Edition, 2000’s Dude, Where’s My Car?, and six episodes of Psych.

In 2020, she acted opposite ‘Lois & Clark: The New Adventures of Superman’ star Dean Cain in ObamaGate Movie, which was performed as a live play recorded for YouTube.

She has been a vocal supporter of Trump, attending a rally ahead of the 2020 election and frequently posting tweets supporting him.

Her Twitter page is filled with anti-vaccine messages, including one tetweet promoting a the conspiracy theory that the government created the pandemic to enforce obedience.

Since she shared her diagnosis on Twitter, critics have blasted her for not getting a vaccine, which have high efficacy of preventing COVID.

‘So you’re getting medical care when you could’ve just used preventative medicine to begin with?’ asked one.

‘You were given every opportunity to minimize risk and chose not to. I’ll at least pray that your hospital bed wasn’t needed for someone that didn’t have a completely avoidable issue though,’ said another.

‘But now you’ll utilize science to save your life and take up an ICU bed,’ snarked a third.

Get well! Celebrities have sent well wishes, including Alyssa Milano – whom Swanson has mocked on Twitter in the past

‘Weird you don’t trust the medical research for the vaccine but now you do for the things saving your life? Kind of seems like the issue with the vaccine is less medical and more a political attention grabbing stunt,’ tweeted yet another critic.

Some of her fellow celebrities, though, have sent well wishes.

‘OMG I’m so sorry to hear this but glad to hear you are in great hands and getting good care,’ tweeted Jon Cryer. ‘You and your family are in my thoughts. I wish you strength and rest and happiness and health.’

Alyssa Milano, whom Swanson has critisized numerous times on Twitter in the past, wrote warmly: ‘Praying for your speedy recovery and no long haul symptoms.’ 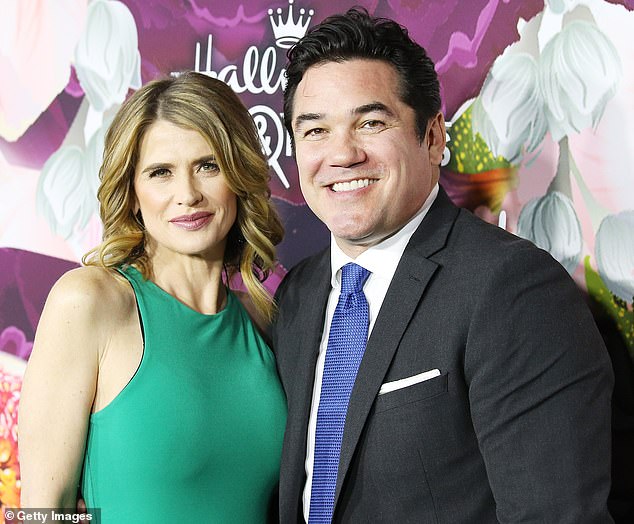 In 2020, she acted opposite ‘Lois & Clark: The New Adventures of Superman’ star Dean Cain in ObamaGate Movie, which was performed as a live play recorded for YouTube 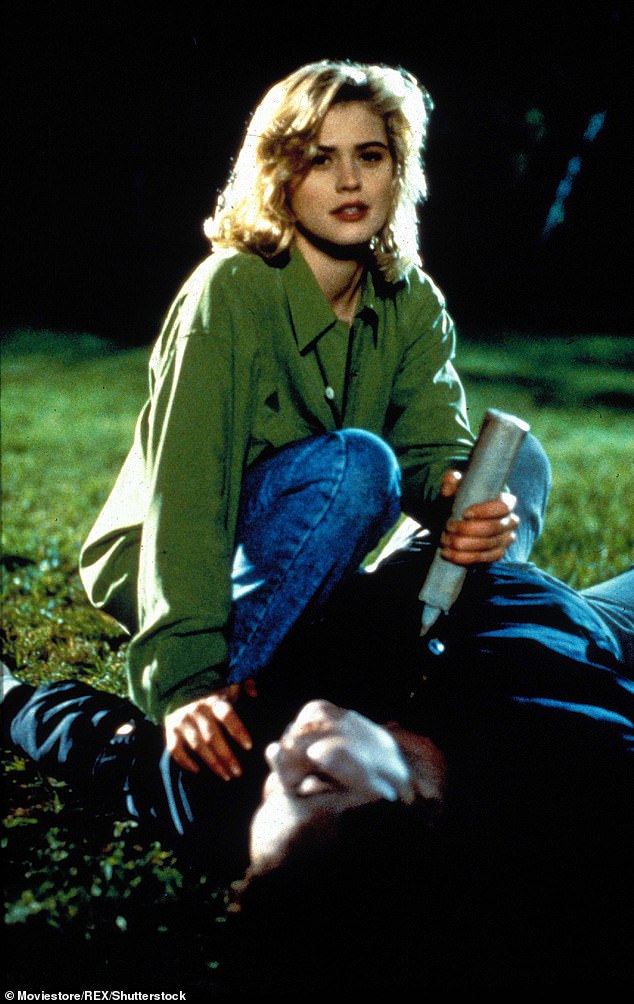 Swanson is most famous for her turn as Buffy Summers in the 1992 movie Buffy the Vampire Slayer, a role that was later taken over by Sarah Michelle Gellar in the TV show

Swanson also tweeted last year about suffering from a mystery illness during the week of Christmas in 2019. Once COVID-19 became known in the US months later, she said that she had failed to get a proper diagnosis and speculated about whether she might have had COVID-19 then as well.

‘On Christmas Day we flew LAX to Orlando Florida. My son and I were horribly sick when we arrived in Fort Myers that night. We went to urgent care the next morning, she wrote on April 16.

‘I had never been so sick with fevers and coughing, just awful. They tested us for literally everything. My son was diagnosed with the flu.

‘But all my tests did not give them the results they were looking for. They ruled out everything. They even ended up testing me twice. They could not figure it out. They said, the closest they could come to a diagnosis would be, “swine flu” but then continued to tell me it wasn’t “swine.”

‘They were clearly perplexed and surprised they could not give me a complete diagnosis. They didn’t even know how to fully treat it either.’

She went on: ‘I was horribly sick with this mystery illness for 5 days.

‘I am now sitting here wondering if it’s possible I was exposed to COVID-19? Where did the plane that I was on come from? Did I even get it on the plane? Maybe it was in the airport, shuttle or rental car? I don’t know.

‘But now I’m thinking, I want to call that urgent care in Fort Myers, Florida and get my labs. Why couldn’t they pin point the mystery flu I had?’