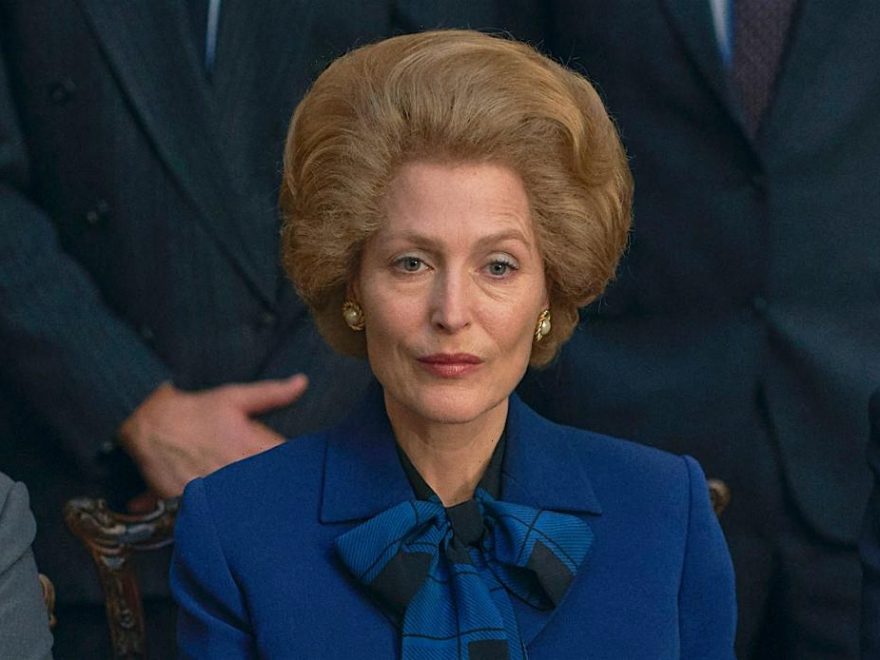 BAFTA pulled the curtain back on nominations for its TV and TV Craft Awards on Wednesday ahead of ceremonies that take place on June 6 and May 24 respectively. As always with award nominations, the list of those recognized had tongues wagging. Let’s walk through some of the biggest themes.

The snubs
There were some eyebrow-raising absentees among the nominations this year. Netflix’s The Crown scored a decent haul of 10 nominations, but none of them were for Olivia Colman, Gillian Anderson, and Emma Corrin, who played Queen Elizabeth II, Margaret Thatcher, and Princess Diana respectively. The snubs were all the more notable given that all three were Golden Globe-nominated, while Anderson and Corrin were victorious at the Hollywood Foreign Press Association prizes. Other surprises included the absence of David Tennant for his role as serial killer Dennis Nilsen in ITV series Des, while critics also felt that series including ITV/AMC drama Quiz and The Salisbury Poisonings were unfortunate ommissions.

Apple TV+ enters the fray
Apple TV+ secured its first BAFTA TV Awards nominations across both the main prizes and the craft gongs, which celebrate behind-the-scenes achievements. The Cupertino streamer’s Little America is up for best International series, while Plimsoll Productions’ Tiny World is nominated in the craft Photography: Factual category. Offspring Films’ Earth at Night in Colour is nominated for Sound: Factual. Both natural history shows have been renewed for a second season.

New Netflix record
Netflix’s 25 nominations were one up on last year and a new record for the streaming giant. Left Bank Pictures’ The Crown led the charge for Netflix, and will compete for Drama Series among other prizes. Sex Education was nominated for six BAFTAs, with performance noms for Aimee Lou Wood, Emma Mackey, and Ncuti Gatwa. Knickerbockerglory’s American Murder: The Family Next Door is nominated in the Single Documentary category, while BBC Studios’ The Surgeon’s Cut is up for Specialist Factual.

Diversity gains
BAFTA introduced changes this year aimed at boosting diversity, including increasing the nominees in performance categories from four to six and introducing unconscious bias training for jury members. The updates coincided with an upswing in diversity in the performance categories, where 42% of nominees were people of color (up from 36% in 2020). First-time nominees included John Boyega and Letitia Wright in the Leading Actor/Actress categories for Steve McQueen’s BBC/Amazon series Small Axe.

BAFTA boosts range
A total of 92 different shows were nominated, which was an increase on last year’s number of 84. BAFTA Television Committee chair Hannah Wyatt said the pandemic underlined the value of television. “It really reflects that last year was an extraordinary year, and I think content or television, whatever we want to call it, played a really particular role in all our lives,” she explained. BAFTA also added a Daytime category, where the likes of ITV’s The Chase were nominated.

Paul Ritter recognition
One of the most heartwarming nominations was for Paul Ritter, the gifted British actor who died earlier this month at the age of 54. He received a posthumous nomination in the Male Performance In A Comedy category for his work in the final season of Channel 4’s Big Talk show Friday Night Dinner.

The ceremonies
Wyatt would not be drawn on plans for the award ceremonies themselves, and whether nominees will be invited to attend amid the coronavirus pandemic. The UK government is aiming to allow indoor events from May 17, meaning it should be possible to put bums on seats. “We want to make them as interactive and inclusive as possible, whether people are in the studio or via Zoom,” Wyatt said, suggesting that BAFTA is not going to follow the Oscars in banning Zoom acceptance speeches.