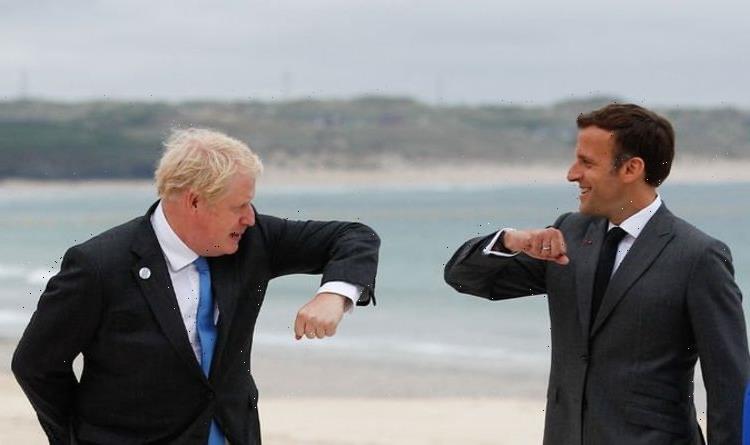 This was the first time all the world leaders were standing together but socially distanced, posing for the “family photo” ahead of the first day of the summit. An expert commented on what their body language showed.

The leaders of the world’s biggest economies including the UK, Canada, France, Germany, Italy, Japan and the United States are gathering today on the Cornish coast for the first time since the global pandemic started, welcoming President Joe Biden as a new member.

There was a lot of expectation around the body language between the leaders, and although signs should be harder to spot without holding hands, body language expert has detected under-currents behind all the polite smiles.

“This G7 ‘family’ photo is always a display of the kind of power-jostling and under-currents behind all the polite smiles, but this year the social distancing and (for some) lack of touch rituals should have meant less hints of behind-the scenes drama,” explained expert Judi James. 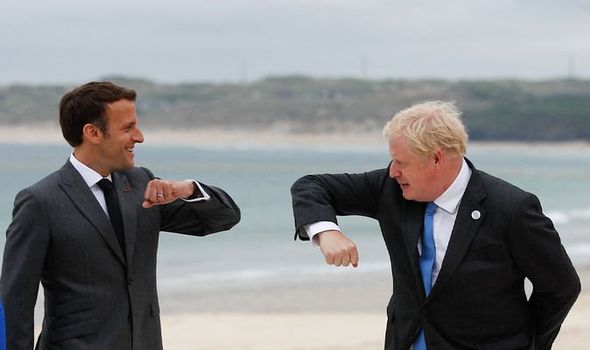 “It was Boris taking all the attention by show-boating in the central position of the group pose, with his crumpled appearance and his wide gesticulation at odds with the more formal poses of the other world leader,” the expert explained.

All the leaders remained socially distanced throughout the official picture.

The expert explained that Boris Johnson and Joe Biden’s body language suggested a closer bond between them.

“It was Biden whose body language responses suggested some kind of a closer bond with Boris here.

“The pair had been joking together previously and here Biden appears to created a bit of a comedy double-act by throwing his hands out in mock impatience as Boris holds his hands up to signal the end of the session.”

However, she described Boris Johnson and Macron’s elbow bump as a “sword-fight”.

“With greeting rituals like the handshake off-limits it was no surprise that Boris appeared to turn his elbow-bump with Macron into a pose looking more like a sword-fight though.

“The PM threw himself into an elbow-lunge, frowning in concentration as he used a raised upper arm and dropped the lower from the elbow in what looked like a bit of a parry.” 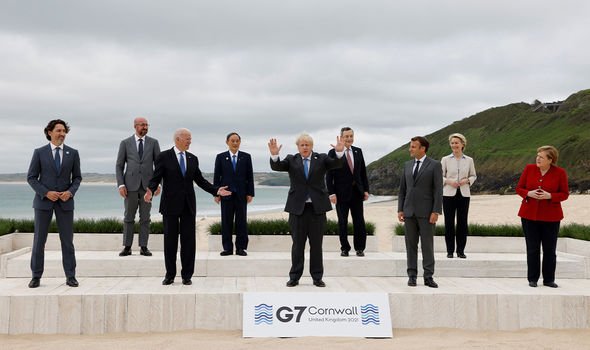 She continued: “All these signals of strong, pre-formed rapport between the PM and the President are being carefully monitored by Macron, resulting in one of the most blatant rituals of ‘claimed ownership’ ever seen on a world stage.

“As the leaders walk off, Boris makes the fundamental error of walking ahead, leaving his new best friend Biden to walk alone further back in the group.”

“Macron seizes this opportunity to stake his claim, falling back to level with the President.

“As he did with Boris, Biden plants a ‘Power Pat’ hand on Macron’s back but, instead of accepting the parental-looking put-down, Macron throws his own arm around the President’s back, leaving the two men walking off entwined together for a very long stretch of stage, making it look as though it’s Macron who is ‘the chosen one’ when it comes to friendship signals with Biden.” 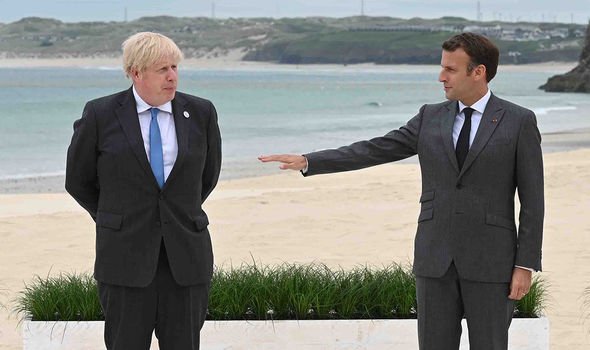 G7 leaders will be discussing ways to forge a more sustainable global economy and a global recovery that benefits everyone around the world.

Just six months after the end of the EU transition period, Mr Johnson is playing host for the conference, in a major boost for his vision of Global Britain.

Putting his stamp on the conference, the Prime Minister has also invited the leaders of Australia, South Korea, South Africa and India to participate in the G7 as he looks to build the “D11” alliance of democracies around the world.

A second family photo with the guest nations involved will take place tomorrow.