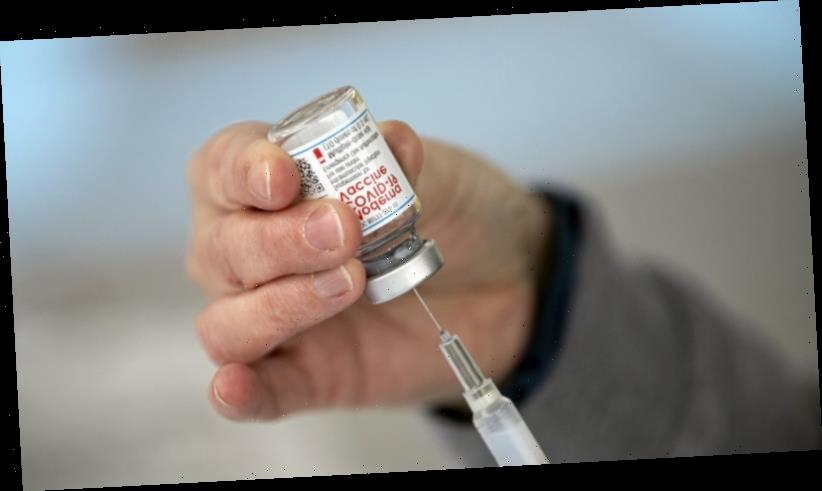 Two of Australia's leading authorities on labour law say businesses have the power to compel their staff to get vaccinated against COVID-19 under workplace laws that enable them to make "lawful and reasonable" directions to employees.

But employers are looking to the federal government to provide clear direction before testing this complex area of the legal system, wary of being seen to infringing on individual rights.

Discussions between the government, unions and businesses on the vaccine rollout, which is expected to begin in March, have already started but are not yet at a formal level. 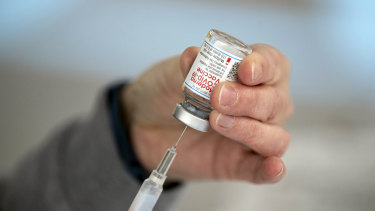 Australia has not rushed a vaccine through its approval process as the government works to build confidence in its safety.Credit:AP

Conversations about the vaccine have assumed a new urgency as Victoria and NSW both grapple with coronavirus cases, which have sparked clusters in workplaces including meatworks and nursing homes in previous waves of the virus.

Barrister Ian Neil SC and RMIT University academic Anthony Forsyth said employers had the power to issue "lawful and reasonable" directions that could be used to compel staff to get vaccinated, but the law had not been tested in court for that purpose.

"Do they have a positive obligation to require employees to be vaccinated once they become available to satisfy their obligations towards other employees?" Mr Neil said. "It's a question that has never been posed or answered [in court], but my view is that the answer is yes."

Employees who refused could be dismissed, though that would not extend to people with allergies, Mr Neil said. Professor Forsyth said things were also more complicated where someone with anti-vaccination beliefs rejected the vaccine without a valid health reason.

"They might argue discrimination on grounds of political or religious beliefs if dismissed by their employer for not getting vaccinated," he said. Courts would assess the legitimacy of that claim.

In the closest parallel case, Fair Work commissioner Ingrid Asbury ruled in November that it was "at least … arguable" that a childcare centre that sacked a worker for refusing a flu jab was in the right because it was seeking to protect the children in its care.

Vaccines are already mandated by law for health workers in some areas, including under a Victorian law passed this year requiring hospital staff with patient contact to have a full suite of vaccines.

But epidemiologist Professor Raina MacIntyre said most experts did not support making vaccines compulsory across the population.

"Placing strong incentives to vaccinate can raise vaccination levels," Professor MacIntyre said. "We had record levels of influenza vaccine this year, so I think achieving 70 per cent vaccination is feasible without coercive measures."

The chief executive of the National Retail Association, Dominique Lamb, echoed Professor MacIntyre's statement, saying while shop owners were eager for a vaccine she did not support making it mandatory because of human rights concerns.

Ai Group chief executive Innes Willox, who represents about 60,000 firms, said the issue of whether businesses could compel staff to be vaccinated was vexed.

"I think these are going to be really significant issues that are going to need a lot of thought and perhaps government direction," Mr Willox said.

Australian Council of Trade Unions acting secretary Scott Connolly said educating workers, especially those in essential industries who are likely to get it first, about the safety and benefits of vaccines would be the best way to ensure people got a jab.

About 3 million doses of coronavirus vaccines have already been delivered to patients in the United States, according to a Bloomberg analysis, under emergency authorisation while the Australian government is waiting for a full formal check of each type of vaccine it has purchased before releasing them.

The country has secured 143 million doses of several vaccines but will not mandate their use, instead trying to build trust.

"Our goal is always to under promise and over deliver," Health Minister Greg Hunt said. "The number one element in ensuring public confidence [in vaccines] is reassuring the public that all of the safety steps have been taken."

Get our Coronavirus Update newsletter

Stay across the news you need to know related to the pandemic. Sent Monday and Thursday. Sign up here.