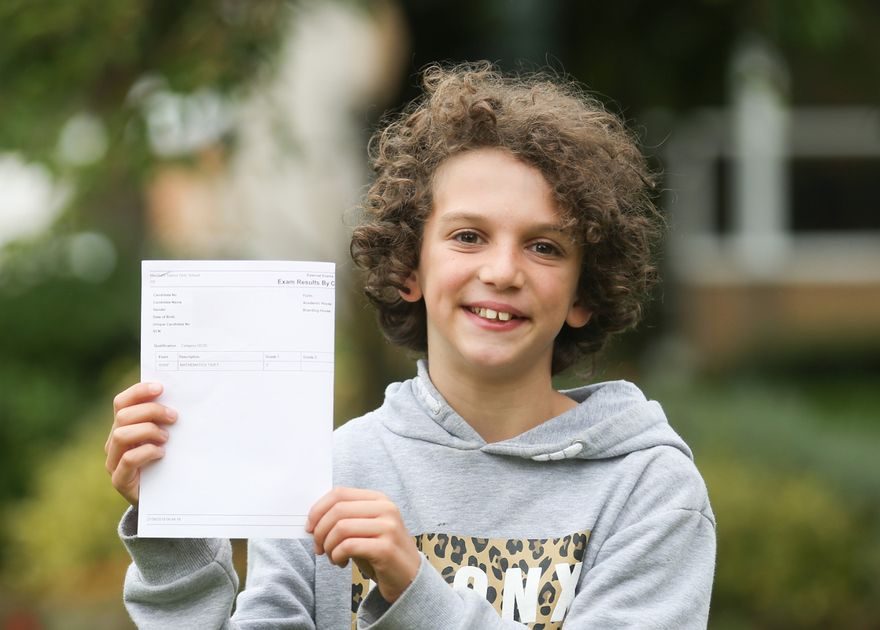 An 11-year old-boy sat a GCSE maths exam four years early and passed with flying colours thanks to practising every day with his dad.

James Arzudia-Hughes, from Liverpool, scored a five in his GCSE foundation maths – the top grade a student can achieve in the exam, which is the equivalent of a high C or a low B.

His father, Gary Hughes, 56, spotted his son's penchant for numbers when they started preparing for exams to help year six pupil get into St Margaret's Secondary School in Liverpool this September.

They started revising together every day for just 15 minutes – which proved the perfect formula for James' success when he sat the extracurricular exams at Merchant Taylors' School in Crosby, Merseyside.

Gary said: "I started sitting down and doing 10 to 15 minutes a day with him and he was flying through quadratic equations and doing graphs using algebra.

"The first time I sat down with him he was half way through year four, and he was having a problem getting his homework done, so I said to him let's go get a coffee and a cake and do your homework together.

"I was doing bits of work with him and he was pretty good at maths and was picking it up really quickly so I suggested he should do his foundation maths.

"At first he didn't really want to, he's a typical young lad, but as the year went on we didn't feel he was really doing up to his level at school, so when we started doing 11 plus prep in February we encouraged him again to enter for his GCSE maths.

"He's scored a five, which is the highest mark you can get, we're both absolutely thrilled and I'm so proud of him. He's smiling his head off, I think if he would have got a lower score he would have been disappointed."

Taking the exams in June, James had to pass three different papers to get his qualification, even sitting the second test on his 11th birthday.

But dad-of-two Gary and James' mum Suzanne Arzudia, 54, insist their son is just a normal 'football mad' boy and despite finding his talent for numbers early, they'll let him follow whatever dreams he has.