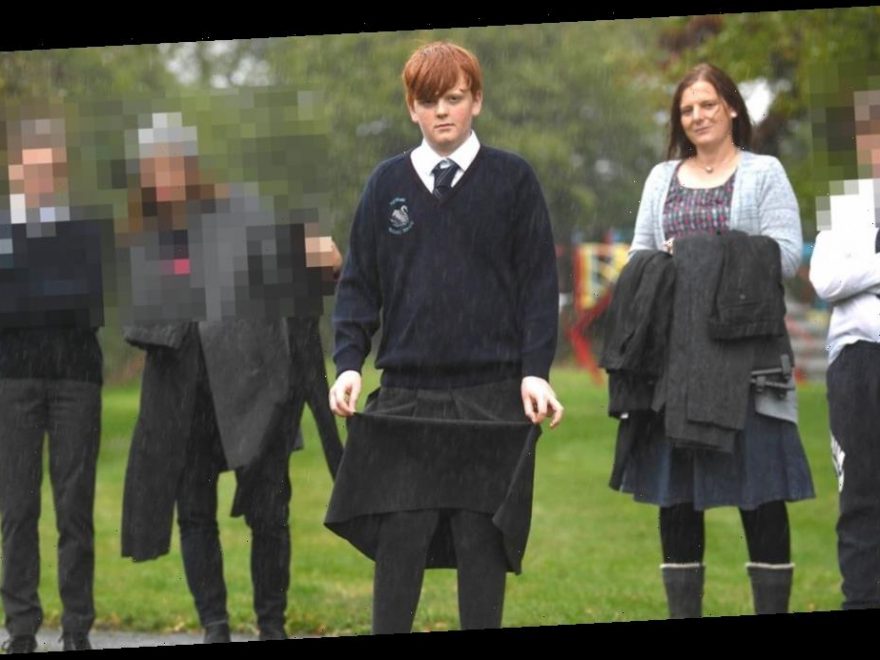 Student Josh Mayer was so annoyed when his school told him he could no longer wear his Tesco trousers to lessons that he returned the next day wearing a skirt.

The Year 10 pupil claims he was taken out of class at Swavesey Village College following the rule change.

It was decided that boys must now instead purchase the more expensive David Luke ones that can only be bought from the school's official uniform suppliers.

He wore a skirt the next day after claiming he was being taken away from his classmates – a protest backed by his parents, report the Cambridge News .

Fed up mum Lizz says that this is the third uniform change the school has made in three years.

She now feels her son is being unfairly made an example of by the school, removed from his friends and "isolated."

She claims: "Before the summer holidays, the school announced they were changing the uniform, meaning all the parents had to throw out the old trousers and buy new ones from a specified brand.

"I bought Josh the new ones, which he wore on the first day of term but they were so uncomfortable so he wore the ones he had last year on the second day.

"They put him into isolation, sending him to the Achievements Support Centre. It's mostly for children with special needs, there was no one there his age.

"For the last four to five weeks he's just been given presentations to go through.

"There's no experts there he can ask questions to and sometimes he doesn't always have the materials he needs.

"He's sitting his Ethics GCSE this year, he's been at school for five weeks so far and he's still not had a lesson for that yet.

"He even not allowed to go at breaktimes and lunch with the other students. He has to go eat in the canteen on his own. All because he's got the wrong trousers.

"Sadly the school seems to think his trousers are more important than his education."

She added: "I actually started a petition when it started, and over 400 parents signed it but the school have not taken any notice of that.

"He's had lots of support from others. I've also made a formal complaint which is still being considered by the board of governors."

The school's principal, Jim Stavrou, said: “Since the uniform changes were introduced, we have received much positive feedback, and many visitors, parents and staff have commented on how smart pupils look and the impression the uniform gives of the high standards at Swavesey Village College.