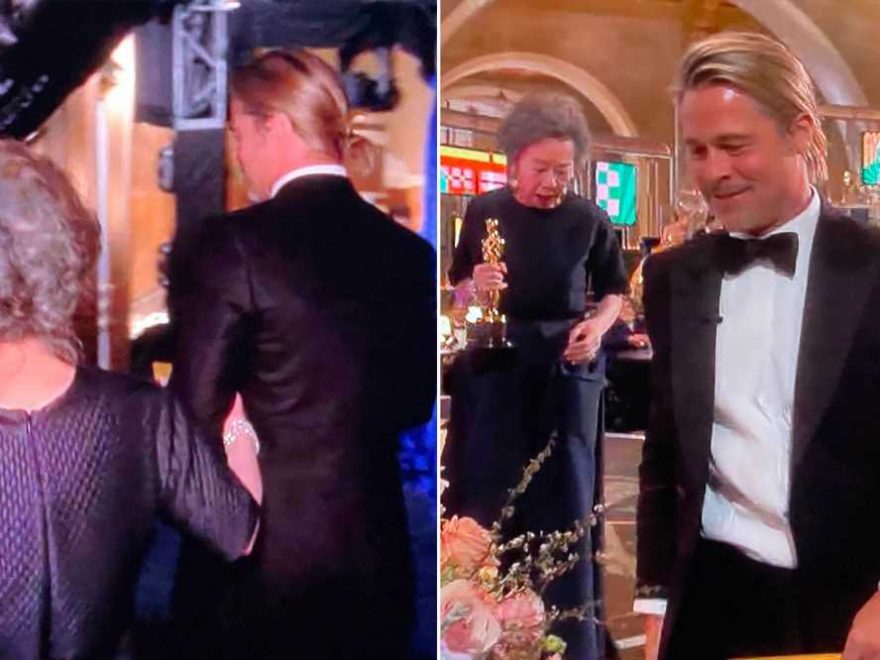 Brad Pitt knows how to make an entrance.

The actor, 57, may have skipped the Oscars 2021 red carpet, but he still made a big impact while presenting the award for Best Supporting Actress to “Minari” star Youn Yuh-jung.

Pitt wore a classic tuxedo and swept his long hair back into a disheveled man bun at the nape of his neck, allowing some blond tendrils to stick out in the front.

Social media was immediately set ablaze by the nonchalant look.

“I did a hair mask in the shower today, took a ‘glow’ vitamin, and I still don’t think my hair looks as nice and shiny as Brad Pitt’s low key man bun,” one person tweeted.

Another said, “This the official campaign kickoff for Brad Pitt to keep the man bun and bring us back some 90s Brad lewks. WE’RE ROOTING FOR YOU.”

The ponytail wasn’t the only viral moment during the “Once Upon a Time … In Hollywood” actor’s appearance; in her acceptance speech, Yuh-jung swooned over Pitt.

“Mr. Brad Pitt, finally. Nice to meet you,” the 73-year-old said. As she finished, Yuh-jung grabbed his elbow and the two shared a sweet moment backstage.

Perhaps there’s hope for an afterparty with Pitt; the actor broke up with married girlfriend Nicole Poturalski late last year.