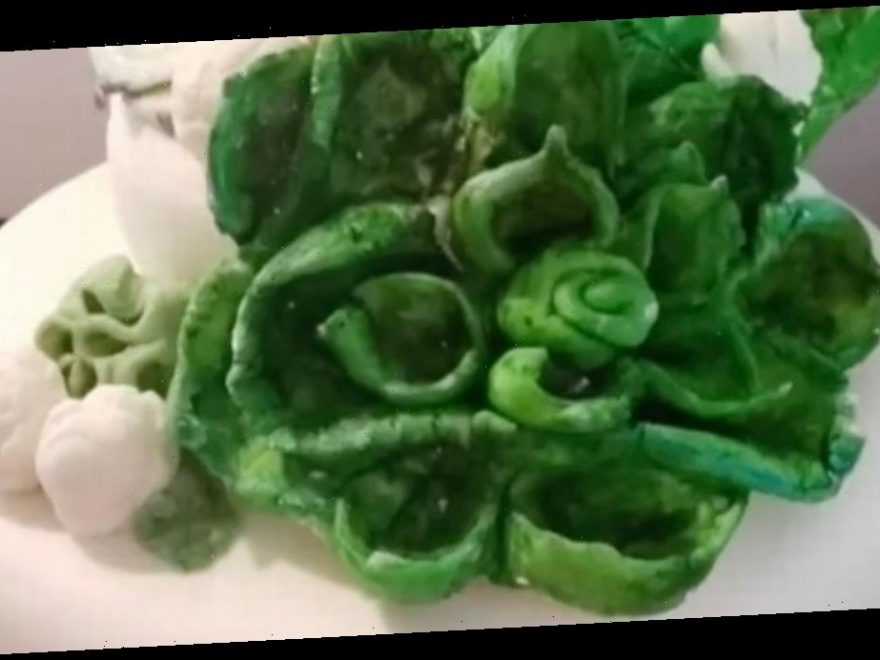 A bride broke down in tears when her wedding cake arrived.

The woman wanted a chic fondant icing in the shape of succulents on the outside of the masterpiece.

But instead the cake rocked up looking like something she clearly didn't want.

Posting a photo of the cake on her TikTok, the bride explained the sort of style she was after.

However, the specific request got lost in translation and instead the bride ended up with various blobs of green icing.

The audio playing over the TikTok is of a woman crying with disappointment.

Luckily, the bride and groom had some succulent-themed cupcakes to serve to their guests instead of the cake.

Since it was shared, it racked up over 65,000 likes with viewers outraged by the cake the bride had received.

One said: "This looks straight up like a bell pepper."

Another added: "I'm a cake decorator and I CANNOT believe they would even try sell this to you."

A third joked: "I think my five-year-old cousin could do better than that!"

Meanwhile, this isn't the first cake to cause quite a stir.

Previously, a couple's "drag you to the alter" cake was slammed for being "demeaning".

The celebration dessert is decorated with unusual cake toppers including Xbox games, a packet of crisps and cans of energy drinks.

It looks as though the pair were trying to make a joke about starting a new life together and leaving distractions behind them.

But unfortunately for them, wedding shamers thought the cake was a bit sexist.

One wrote on Reddit: "I hate this kind of thing.

"It's supposed to be a happy day full of love, not this."