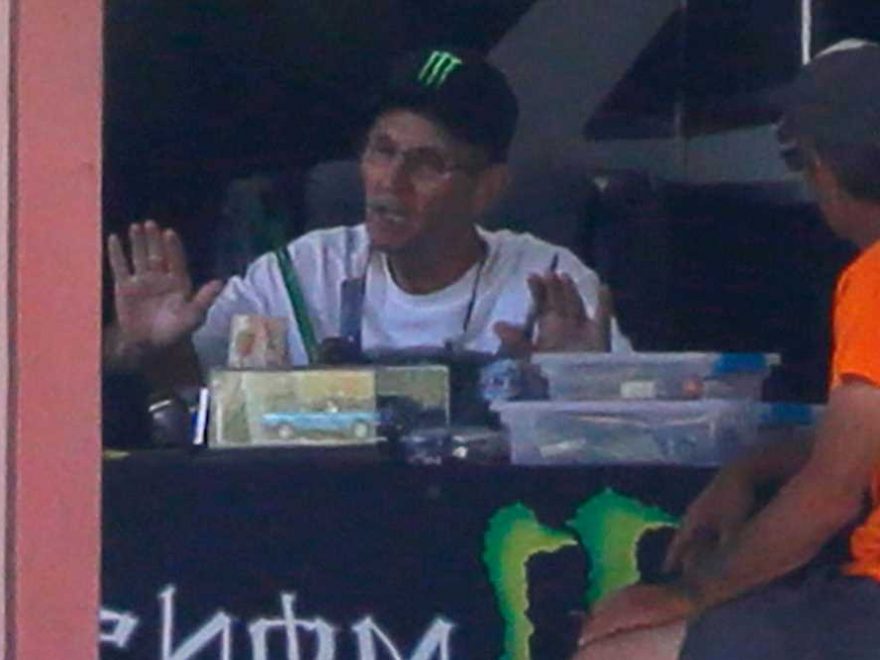 Britney Spears’ father, Jamie Spears, was photographed in public for the first time since his daughter’s bombshell testimony about her conservatorship.

Jamie, 68, was spotted on Saturday at a storage facility on the outskirts of Kentwood, LA, signing papers in the company of another man. The elder Spears, who looked more feeble than the last time he was seen in public, wore a Monster Energy hat and used a large cooler or table draped with the company’s logo as a makeshift desk. 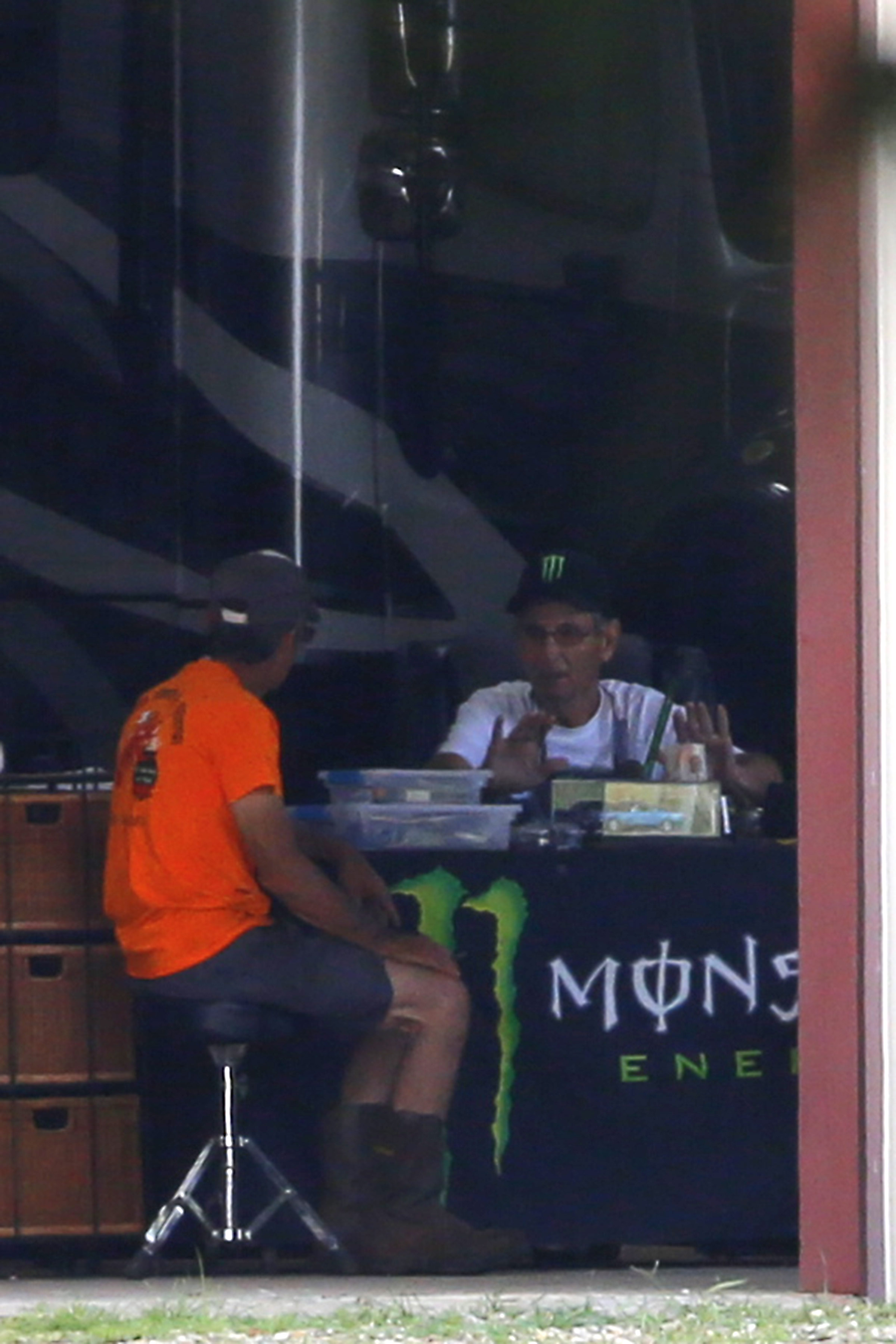 The New York Times reported last week that Jamie, who sold Britney’s nearby childhood home for $275,000 in February, lives in an RV that he parks outside the storage facility, which houses various memorabilia from his daughter’s career.

A trailer for his catering company, Cookin’ Cruzin’ & Chaos — which uses the slogan “Put a little South in your mouth” — was also seen on the premises on Saturday. 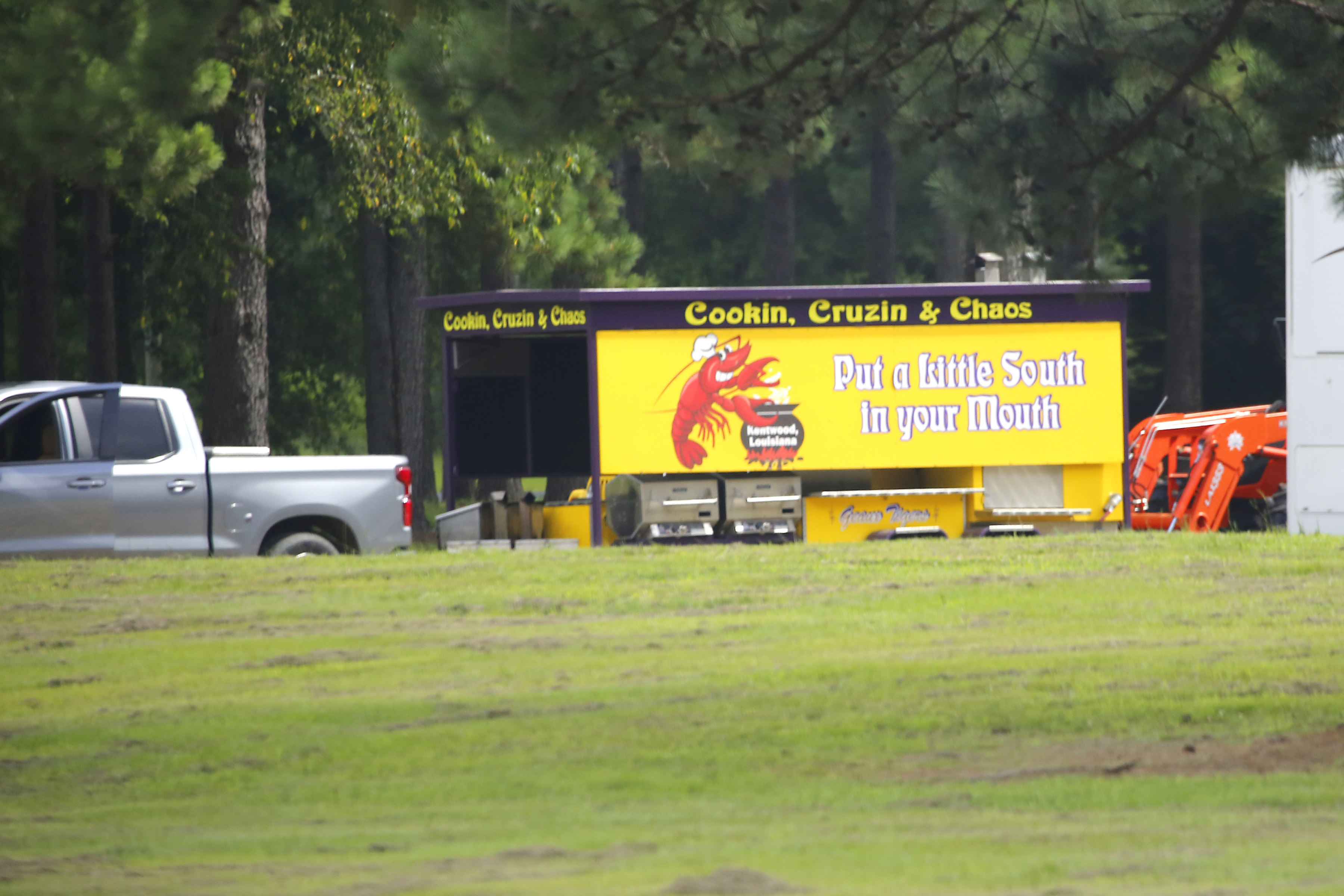 Britney, for her part, jetted off to Hawaii with her boyfriend, Sam Asghari, following her impassioned address to the court at the most recent hearing connected to her conservatorship.

In her speech Wednesday, she charged that her father’s role in the conservatorship that she has been under since 2008 has been “abusive.” 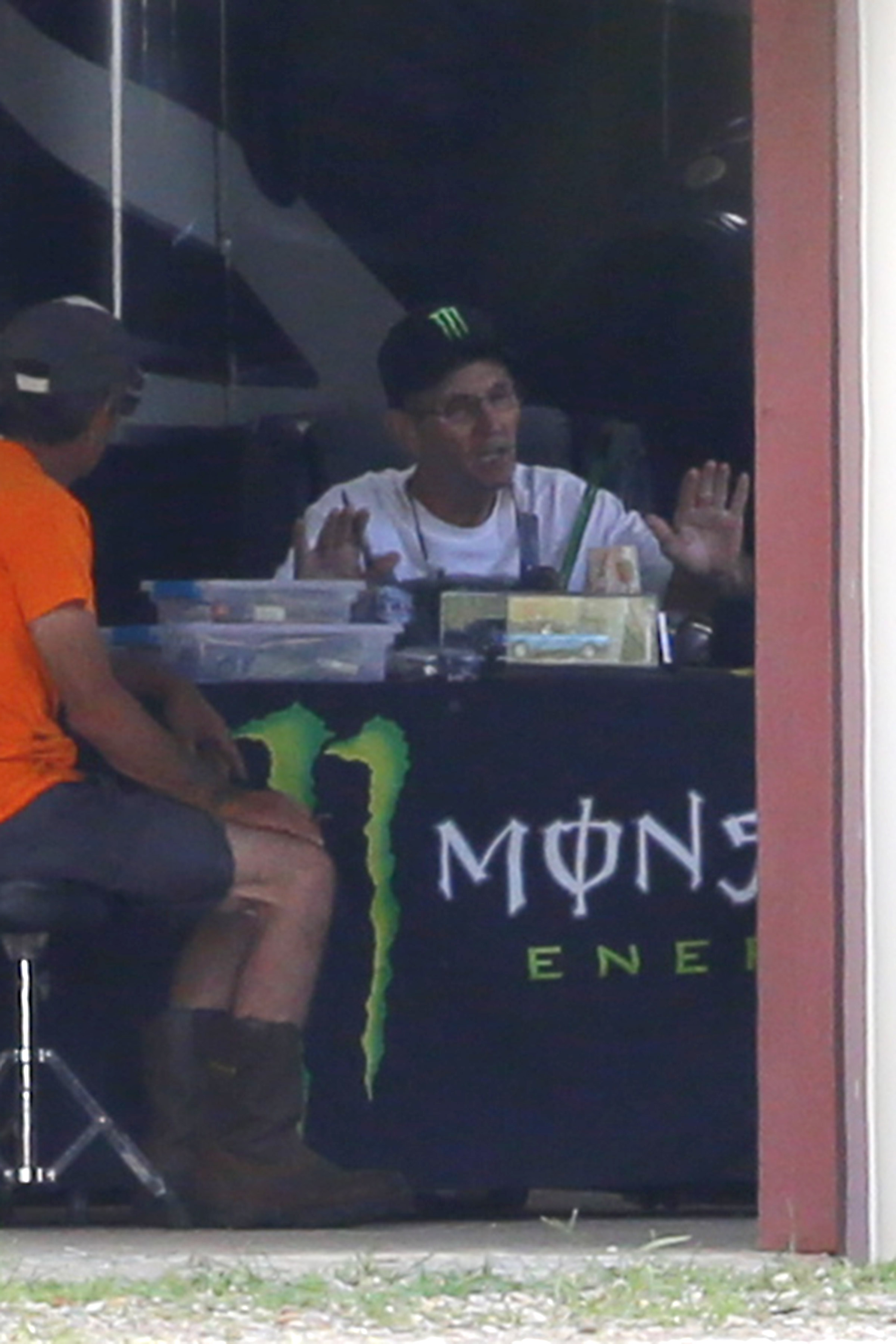 “He loved the control [he had] to hurt his own daughter — 100,000 percent,” Britney, 39, said about her dad, alleging that she’s on birth control against her will and was also forced into going to a mental health facility in 2019.

On Thursday, the singer took to Instagram to apologize to fans for presenting her life as a “fairy tale.” 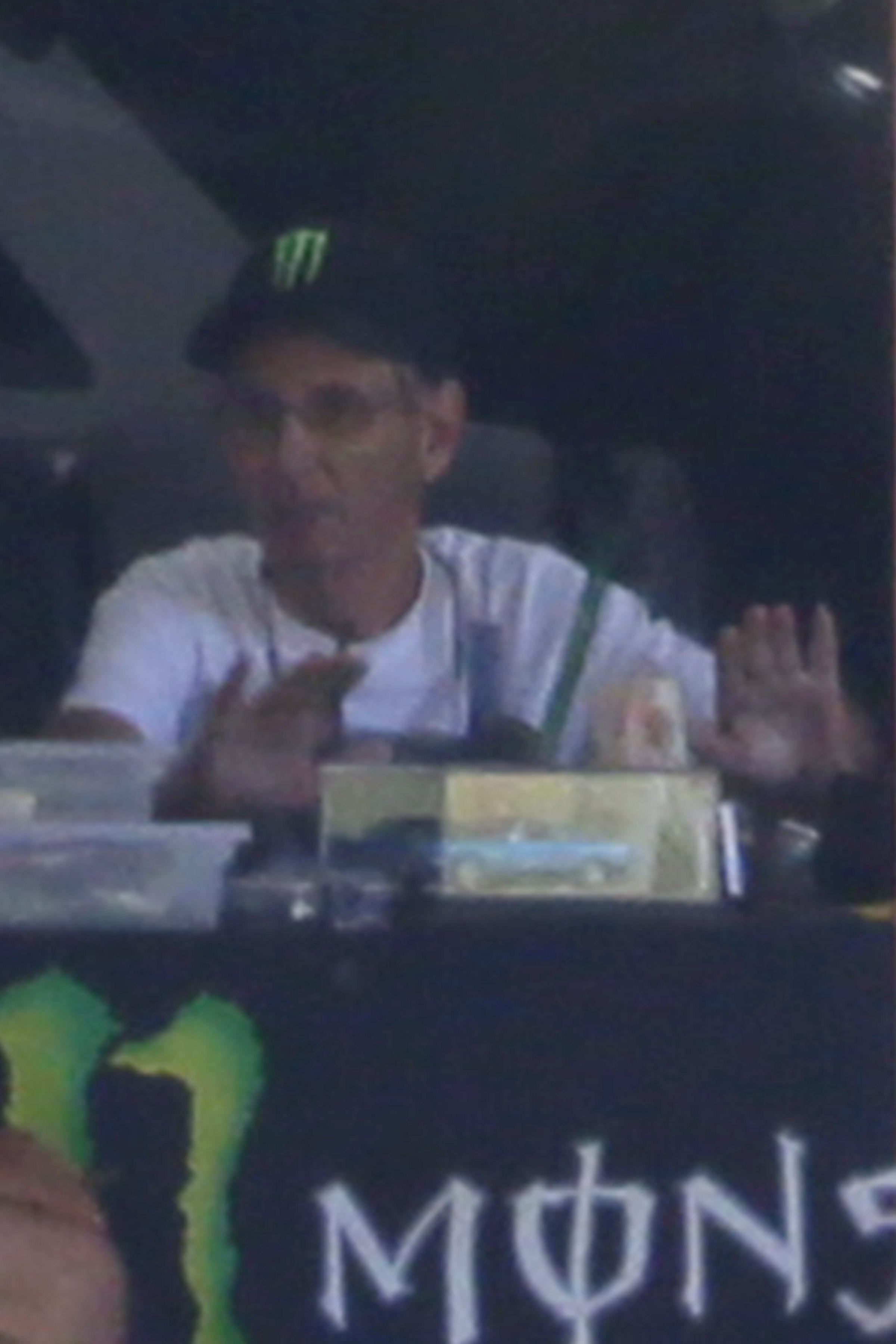 “I apologize for pretending like I’ve been ok the past two years,” she wrote. “I did it because of my pride and I was embarrassed to share what happened to me.”

Britney was placed under the conservatorship after her public breakdown in 2007.

Court documents from 2016 that the Times obtained last week revealed that Jamie has controlled not just Britney’s finances but also granular details of her everyday life, including whether she could replace her kitchen cabinets. 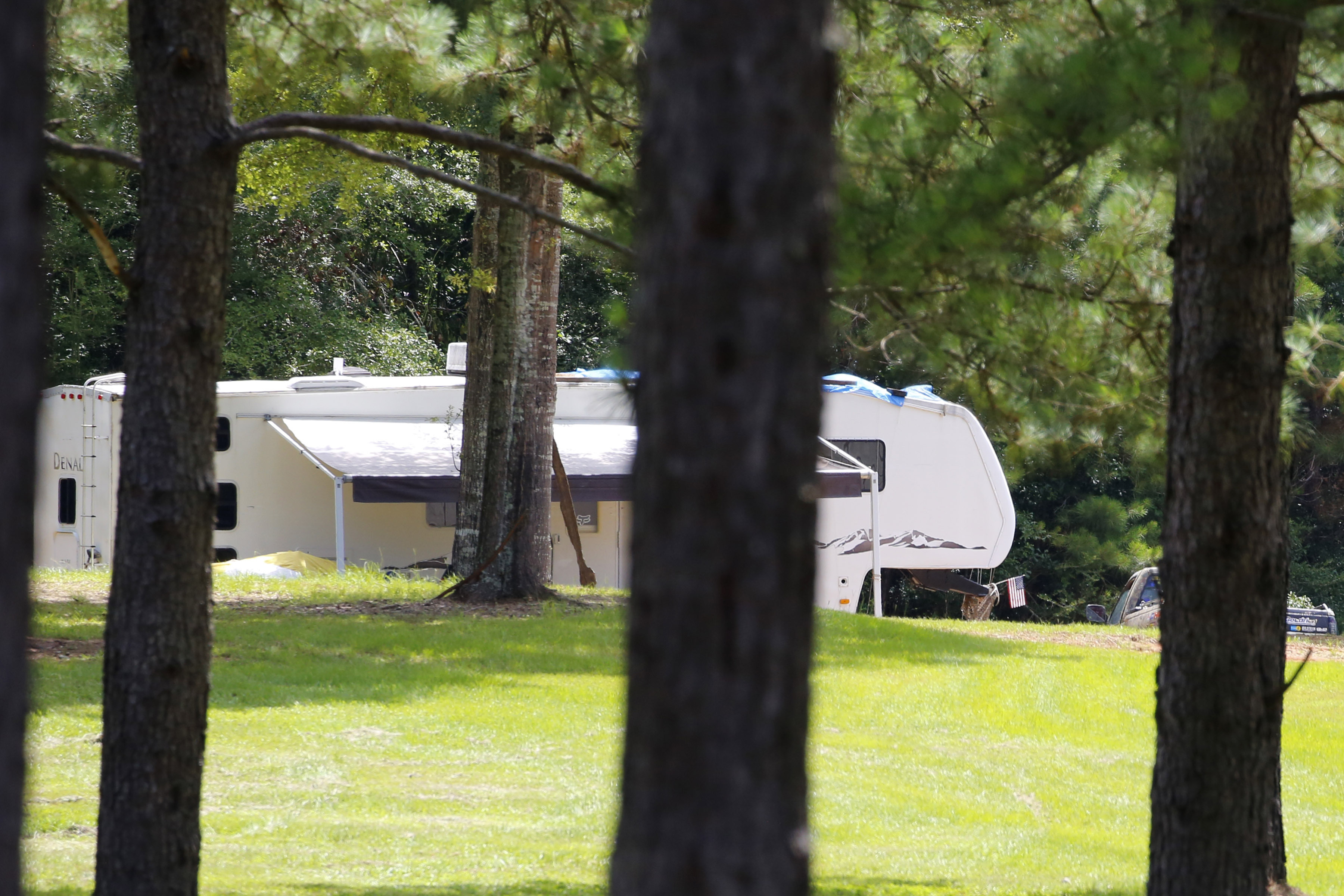 Jamie has been Britney’s main conservator since the beginning. An attorney, Andrew Wallet, also had a key role in the case before stepping down in March 2019. A financial firm named Bessemer Trust has since been put in Wallet’s place, sharing control over Britney’s estate with her dad.

Britney initially requested that Montgomery’s role become permanent, but she asked the judge on Wednesday to terminate the conservatorship altogether. Her court-appointed attorney has yet to file paperwork to begin the process.