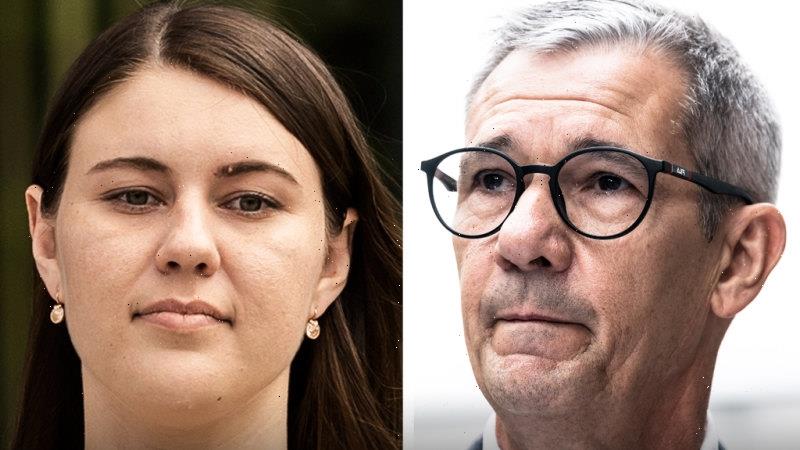 Former political staffer Bruce Lehrmann has backed an inquiry into his abandoned rape trial following allegations levelled by the police and Director of Public Prosecutions at one another over the handling of the case.

ACT Chief Minister Andrew Barr and Attorney-General Shane Rattenbury announced the inquiry following reports that the territory’s director of public prosecutions, Shane Drumgold SC, who ran the high-profile trial, complained police tried to pressure him not to prosecute Lehrmann, prompting law enforcement to call for a separate probe into the case. 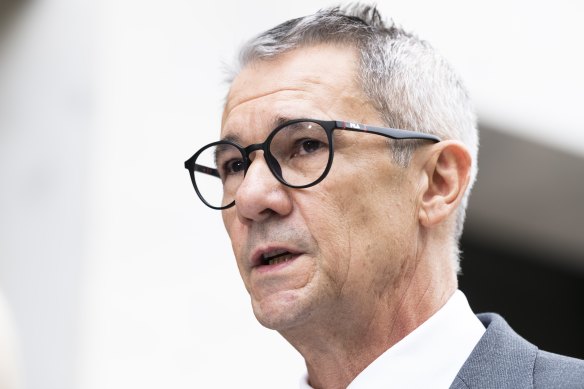 ACT Director of Public Prosecutions Shane Drumgold called for an inquiry into the conduct of the Australian Federal Police’s territory division. Credit:Rhett Wyman

Rattenbury said, “as the first law officer of the ACT, I am deeply concerned by the allegations that we have seen in recent weeks” and recent reports raised “issues that may have wider implications for the prosecution of criminal matters here in the territory”.

Rattenbury described Drumgold’s complaint as a “very serious allegation” and said the terms of reference for the inquiry would encompass that issue.

He added that he imagined Drumgold would explain to the inquiry why he raised that concern about the territory’s local division of the Australian Federal Police, which acts as its own police force.

“They have a long and ongoing relationship and, clearly, these allegations are very concerning in terms of that relationship. I hope that this matter does not affect that broader relationship, but that is part of the reason we are establishing this inquiry, to ensure that where those allegations and these fracture points have been aired, there is an independent forum to investigate them and then draw conclusions” he said.

Rattenbury said a suitable person to head the inquiry would likely be announced next month, along with the terms of reference, so that a report could be handed down by June 30.

“There’s probably no good time to get on with this but it needs to be done, and we want to move forward and resolve it in a timely way,” Rattenbury said.

Lehrmann was accused of sexually assaulting his former colleague Brittany Higgins in the ministerial office of the pair’s former boss, Coalition senator Linda Reynolds, early in the hours of March 23, 2019. The trial was aborted in later October due to juror misconduct and a retrial was ordered.

Lehrmann has always denied Higgins’s allegation and pleaded not guilty.

Drumgold announced last month the retrial would not go ahead due to grave concerns for Higgins’ mental health and the case against Lehrmann was dropped.

Lehrmann’s lawyer Steven Whybrow issued a statement on Wednesday saying, “Mr Lehrmann welcomes an inquiry and hopes the terms of reference will extend to an examination of all aspects of the matter, including decisions not to prosecute various individuals, and the efforts taken by the DPP to ensure a fair trial.”

After the sudden halt of the first trial, Higgins spoke to media outside of the ACT Supreme Court, describing the justice system as “asymmetrical” and stating that she felt as though she, not Lehrmann, had been the one on trial.

Later that day, Whybrow released a statement saying he had referred Higgins to the police and court.

The decision not to proceed with Lehrmann’s retrial triggered an extraordinary series of exchanges between the public prosecutor and the police union, all highly critical of each other’s professional conduct.

The ACT Office of the Director of Public Prosecutions earlier this week month released to The Guardian a letter in which Drumgold complained to Gaughan that police engaged in a “very clear campaign to pressure” him not to prosecute Lehrmann. 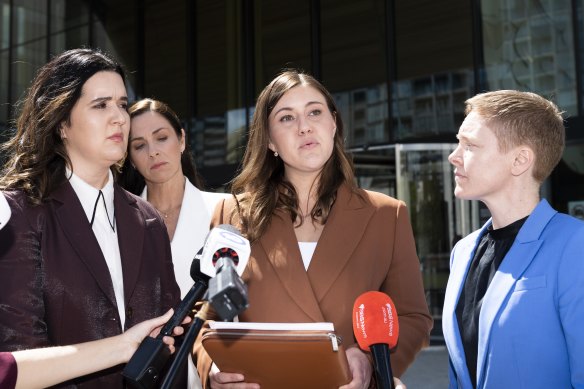 Brittany Higgins, centre, spoke outside the ACT Supreme Court after the first trial was aborted.Credit:Rhett Wyman

Gaughan said the force was not consulted before the letter was released, and the police union flagged plans to refer the document’s release to the Office of the Australian Information Commission and the ACT Ombudsman as a possible breach of freedom of information laws.

On December 8, the Australian Federal Police Association issued a statement saying it “wants to make it extremely clear that the desperate attempts to smear” the AFP and policing were untested.

The inquiry will consider several elements of the case: the engagement between the prosecutor’s office and police regarding the prospect of charges being laid; the decision to proceed to trial and the decision not to pursue a retrial; the conduct of the police and the prosecutor’s office; the laws for addressing juror misconduct in the ACT; and the assistance given to Higgins during the trial.

Rattenbury said the government had contacted representatives of both Lehrmann and Higgins ahead of the announcement and it would be up to those conducting the inquiry to determine whether either was called to give evidence.

“Clearly we need to take into account the mental wellbeing of Ms Higgins and others involved,” Rattenbury said.

The inquiry will be able to hold public and private hearings, issue search warrants, compel the production of documents and compel the attendance of witnesses and take their evidence on oath. Police, the DPP and the Victims of Crime Commissioner have all indicated they will cooperate.

The Attorney-General said the inquiry wasn’t about revisiting the trial or any evidence within it.

“It is expected that the inquiry will have regard to investigations which other bodies may be conducting regarding these matters,” he said. “I would ask everyone to respect the privacy of individuals who will be involved in this Inquiry.

ACT Supreme Court Chief Justice Lucy McCallum aborted the first trial after a juror brought their own research into the jury room while deliberating the verdict. There are punishments for such behaviour under the territory’s laws.

Rattenbury said it “seems appropriate” juror misconduct would be examined by the inquiry, while the ACT government was also looking into majority verdicts, which enable a verdict to be reached without unanimity.

Higgins has received a confidential settlement with the Commonwealth, while Lehrmann is reportedly considering launching defamation proceedings regarding some media reporting.