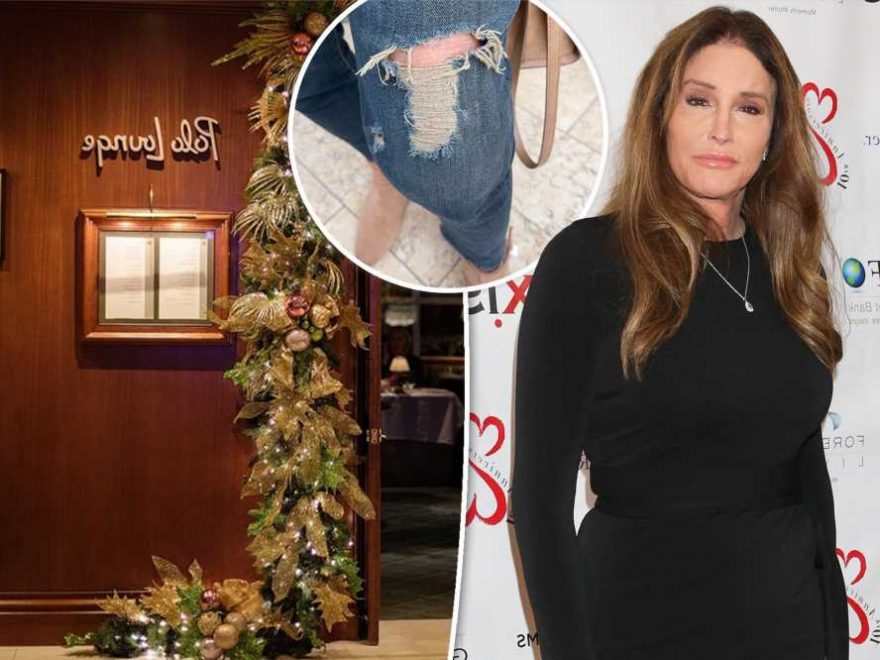 Caitlyn Jenner slammed the ritzy Beverly Hills Hotel, calling them “disgusting” after they refused to serve her for not complying with their dress code.

The reality TV star and former olympian was wearing ripped jeans when she showed up to the hotel’s restaurant, Polo Lounge.

“@bevhillshotel f–k your horrible service for not letting me have lunch with this tiny rip in my jeans. Shame on you. Disgusting,” she wrote on her Instagram Story on Monday.

She continued, “I have been a patron for decades. No longer.” 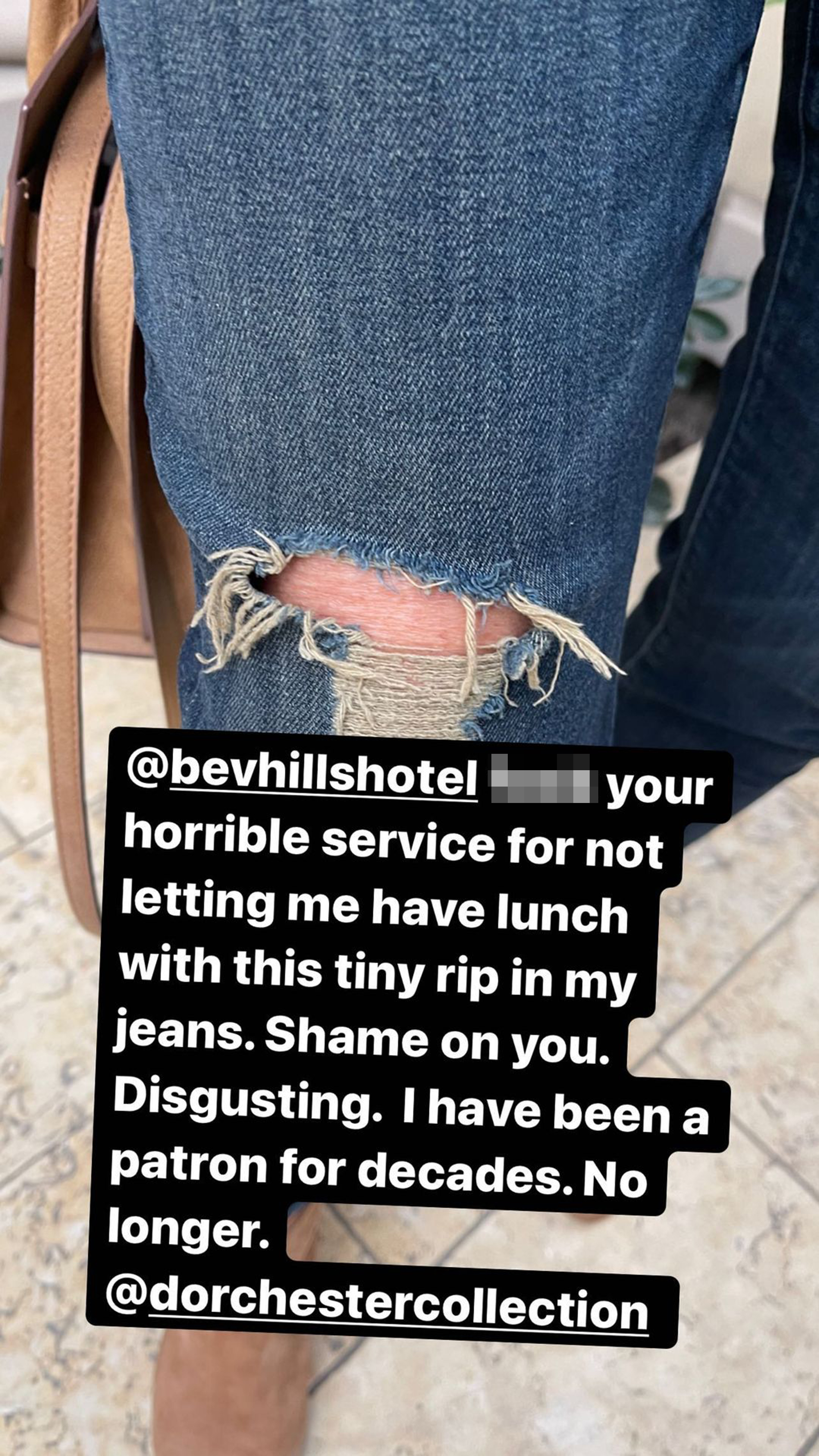 The jeans in question show a horizontal tear as part of the design, rather than an accidental tear.

“At the Polo Lounge, we encourage you to dress for the occasion, so we ask that you refrain from wearing casual hats, ripped denim, crop tops, nightwear, swimwear and men’s sleeveless shirts,” their website reads. “After 4pm, we do not permit shorts, flip-flops (including Birkenstocks) or sportswear (including tracksuits). Children under 10 are exempt.”

Shortly after Jenner posted her complaint, she reposted a story from TMZ, circling the phrase, “Interesting it says ‘we encourage’ … so it doesn’t say it’s a mandatory dress code.” 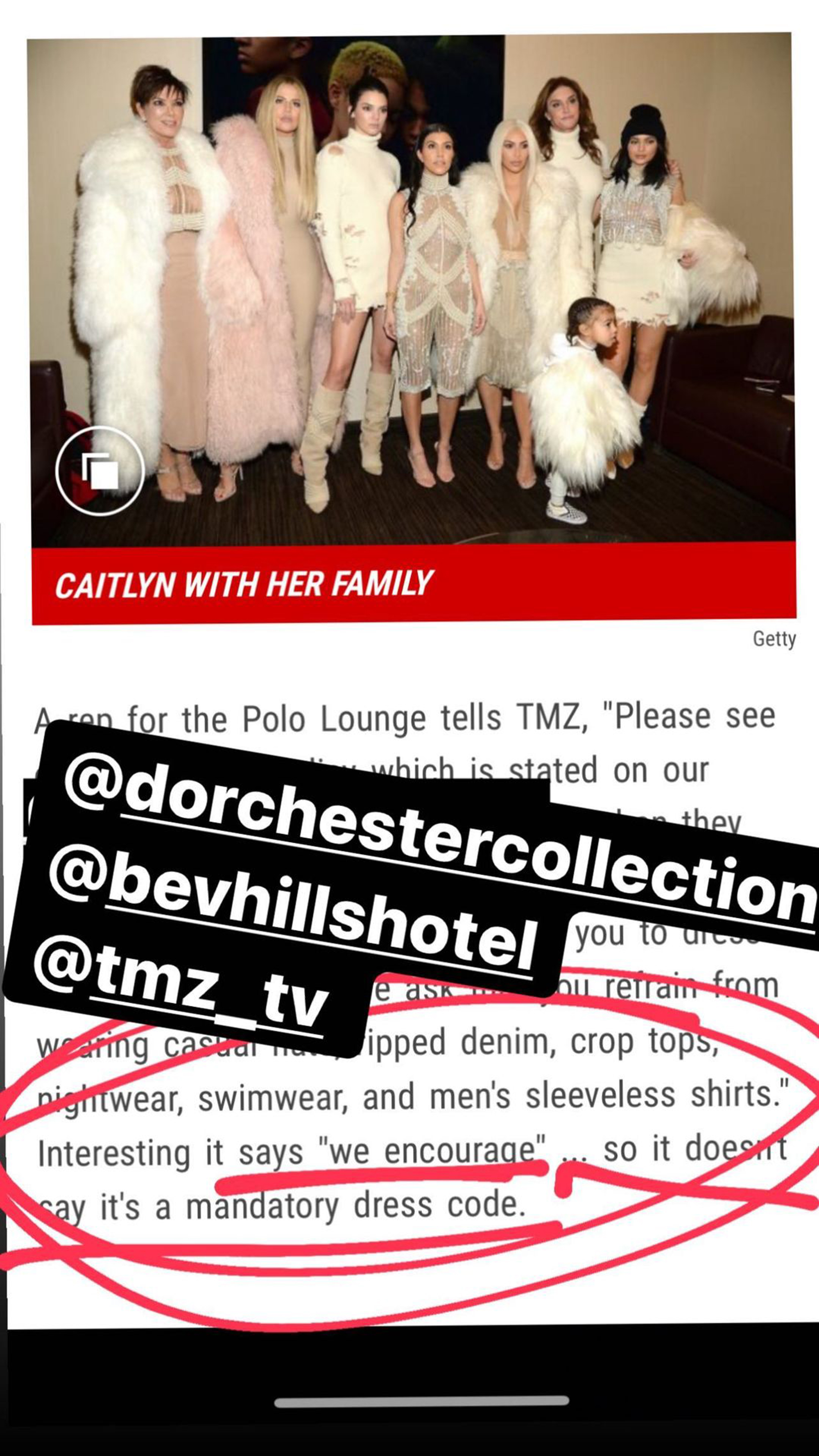 The “I Am Cait” star also claimed that the staff broke their no photo policy by allowing fans to take photos with her, but yet they chose to follow their dress code.

Jenner circled another blurb from the TMZ story that read, “Staffers weren’t enforcing the ‘no photos’ policy — as Caitlyn took many with fans — yet they decided to enforce the dress code against her.”

The Beverly Hills Hotel does also have a no photography clause on their website reading, “For the privacy of our guests, we ask that you refrain from taking photographs….Please note that unplanned and unauthorized professional photoshoots or video shoots in the hotel public spaces or outlets are not permitted.”