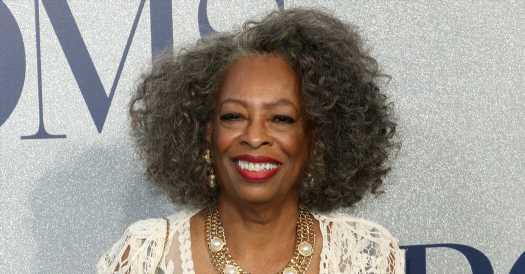 This obituary is part of a series about people who have died in the coronavirus pandemic. Read about others here.

Carol Sutton, an actress who was featured in films like “Steel Magnolias,” “The Big Easy” and “The Pelican Brief,” and who was devoted to the theater community in her native New Orleans, where she was a fixture on the city’s stages for a half-century, died on Thursday at Touro Infirmary there. She was 76.

The cause was complications of Covid-19, her sister, Adrienne Jopes, said.

As an actress, Ms. Sutton had an expansive oeuvre, bringing characters to life on the stage, in the movies and on television. But her many roles were not confined to acting: She also spent decades doing social work for Total Community Action, an organization that assists low-income families to help reduce poverty in New Orleans. And she was a beloved figure in her local theater scene — in part because she never left.

“I never wanted to go to L.A. or New York,” she told her friend Tommye Myrick, a director, writer and producer, in an interview last year. “In those places, there were hundreds of people trying to do the same things I wanted to do. If I wanted to get onstage or get in a movie, I was able to do that right here.”

LaToya Cantrell, the mayor of New Orleans, said in a statement on Friday that Ms. Sutton was “practically the Queen of New Orleans theater, having graced the stages across the city for decades.” The actress was also lauded by luminaries in the worlds of film and theater, including Ava DuVernay, the award-winning writer, producer and film director.

Friends and relatives of Ms. Sutton’s said she was deeply rooted in the Central City neighborhood of New Orleans, where she grew up, and was not much altered by fame.

“She was not a celebrity,” Ms. Myrick said. “But she was treated as royalty, because she was.”

Ms. Sutton dedicated herself to helping young people, said her sister, Ms. Jopes, 73. “She would take them under her wing and show them how it was,” she said. “She enjoyed people, and she enjoyed helping people.”

Ms. Sutton was born Carol Joan Dickerson in New Orleans on Dec. 3, 1944. She was the oldest of three siblings. Her father, Amos Dickerson, was largely absent from her childhood. Her mother, Marguerite Bush, was a longtime community activist whose passion for helping others was a guiding light for Ms. Sutton.

Ms. Jopes said that her sister was drawn to singing and acting from an early age. In high school, she transferred to Xavier University Preparatory School to be closer to a football player she was dating, Archie Sutton.

She briefly attended Xavier University before dropping out to marry Mr. Sutton, who would go on to play for the Minnesota Vikings. They had two children, but the couple later separated.

In her mid-20s, Ms. Sutton became a member of the Dashiki Project Theater, an organization for actors and playwrights that gathered in the auditorium of the St. Francis de Sales Catholic Church, on the corner of Second Street and Loyola Avenue.

The group, which was formed during the Black Arts Movement, fostered a community of artists and was the foundation for Ms. Sutton’s acting career, said Adella Gautier, an actress who was also part of the group and a close friend of Ms. Sutton’s.

“A lot of original work came out of that group, dealing with the Black experience and based in a Black neighborhood,” Ms. Gautier, 72, said. “It allowed people in the area to be exposed to quality artistic experiences.”

About five years after joining the Dashiki Project Theater, Ms. Sutton was cast in her first television film, “The Autobiography of Miss Jane Pittman,” which starred Cicely Tyson and was first broadcast in 1974. Ms. Sutton went on to appear in multiple feature films, including “Steel Magnolias” in 1989, “Ray” in 2004, “The Help” in 2011, and “Poms” last year — all while acting in stage productions in New Orleans. Her many stage credits include productions of “4000 Miles” and “A Raisin in the Sun,” and she appeared on television shows including “Treme” and “Queen Sugar.”

Last year, Ms. Sutton played a family matriarch, Lena Younger, in a production of “A Raisin in the Sun,” a play by Lorraine Hansberry, at the Ashe Power House Theater in New Orleans. In a review, the critic Theodore P. Mahne of The Times-Picayune said her performance was “filled with grace notes” and called Ms. Sutton “a genuine treasure of the stage.”

Ms. Sutton brought adaptability, intelligence and dedication to each role, Ms. Gautier said. “She was very giving as an actress,” she added. “If you forgot a line, Carol Sutton would pick it up and keep the show going.”

And Ms. Sutton regularly lent her time, support and advice to younger actors and playwrights. One of them, Idella Johnson, a stage and film actress, said Ms. Sutton had been an inspirational force in her life. “Because of her love and her friendship and her mentorship, I feel like there’s nothing that I can’t do,” Ms. Johnson said.

Ms. Johnson played a character named Ava in “Riding Halley’s Comet,” a play she produced, in 2015. Ms. Sutton played Ava’s mother. “This was the moment when I became her daughter,” Ms. Johnson said. “If she plays your mom or your grandmother, she’s that for life. She called me Ava — ‘my darling Ava.’”

She added that Ms. Sutton was fearless and committed as an actress. “Sometimes vulnerability can be very hard for people,” Ms. Johnson said. “She was a person who could take vulnerability and make it seem like a superpower.”